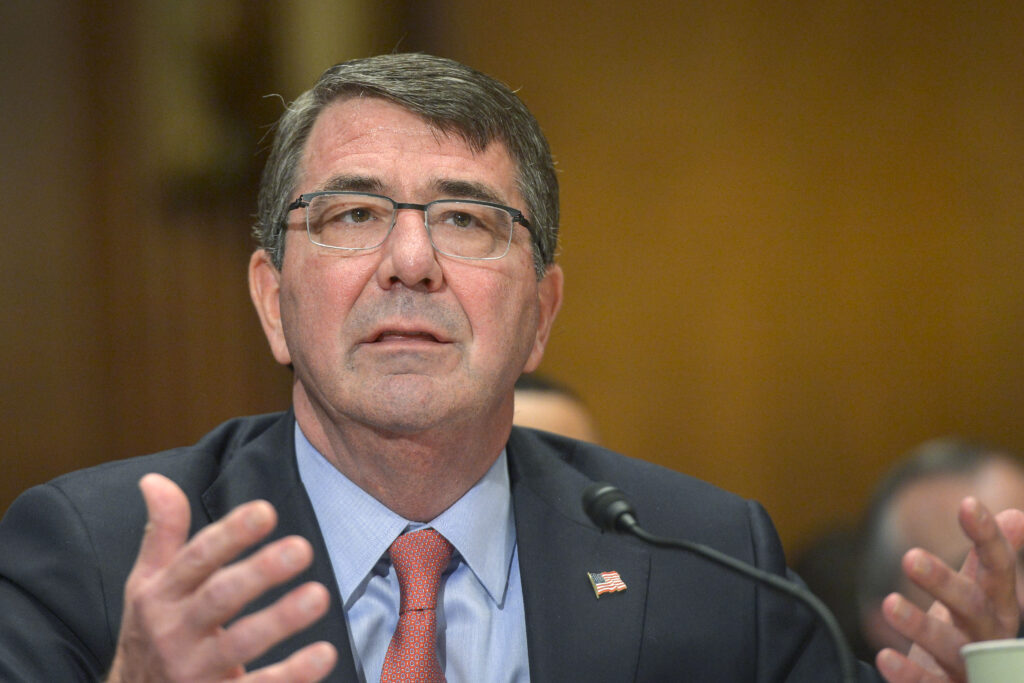 WASHINGTON: The Senate Appropriations defense subcommittee has been identified as Congress’ soft underbelly in the Pentagon’s battle to win a real solution to the Budget Control Act similar to the compromise secured two years ago.

That became clear at the Wednesday hearing of the subcommittee, when Carter went way out of his way to praise SAC-D Chairman Thad Cochran (who also chairs the full committee, making him one of the most powerful people in Congress). “Mr. Chairman, I want to especially recognize the sense of civility and courtesy with which this committee conducts its business,” Carter said.

The Pentagon went out of its way to let reporters know that Carter was pushing hard for a deal. “In his testimony today, Secretary Carter is sowing the seeds for a new multi-year bipartisan deal that would provide critical defense and non-defense funding as outlined in the President’s budget request,” a senior defense official pointedly noted. “Secretary Carter is concerned that Congressional Republications are taking the Pentagon down a road to nowhere with their budget plan that does not have the support of both parties, as demonstrated by the vote in the Senate last night. The Secretary sees this committee as home to a number of honest brokers on both sides of the aisle that could become a key part of a future deal.”

And just to make sure everyone got the message, Carter told reporters in a statement at beginning of his press conference yesterday: “We need members of Congress to come together as they have done in the past in 2013 and come to a multi-year agreement that provides the stability DoD needs and the resources our troops deserve.”

Combine that with the president’s threat of a veto of any spending bills that accept sequestration caps, reinforced by Carter’s Wednesday admonition to the SAC-D that stuffing extra spending into the Overseas Contingency Operations fund “is just as clearly a road to nowhere,” and you’ve got everything set up for a showdown that Democrats seem to think can be leveraged for a reprise of the Murray-Ryan bill passed in 2013 to avert sequestration for a few years.

Most of the GOP said nothing in reaction to Carter’s comments. One senior GOP defense lawmaker, Rep. Randy Forbes, did, referring to Carter’s testimony to the SAC-D about how a deal should include non-military departments:

“This funding approach also reflects a narrow way of looking at our national security,” Carter said, “one that ignores the vital contributions made by the State, Justice, Treasury, and Homeland Security Departments, and disregards the enduring long-term connection between our nation’s security and many other factors: factors like scientific R&D to keep our technological edge, education of a future all-volunteer military force, and the general economic strength of our country.” 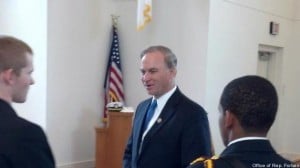 Forbes was not amused. “Secretary Carter seems confused about his areas of responsibility. Secretary Carter is not in fact responsible for the IRS or the EPA, or any other domestic agency. He is responsible solely for the health of the United States military,” snarked the chairman of the House Armed Services seapower and power projection subcommittee. “The Congress has passed a budget that provides the US military with the resources it requires to execute its missions and invest for the future. Secretary Carter should focus more on that than on promoting this Administration’s political agenda.”

Carter clearly has a long road to hoe.