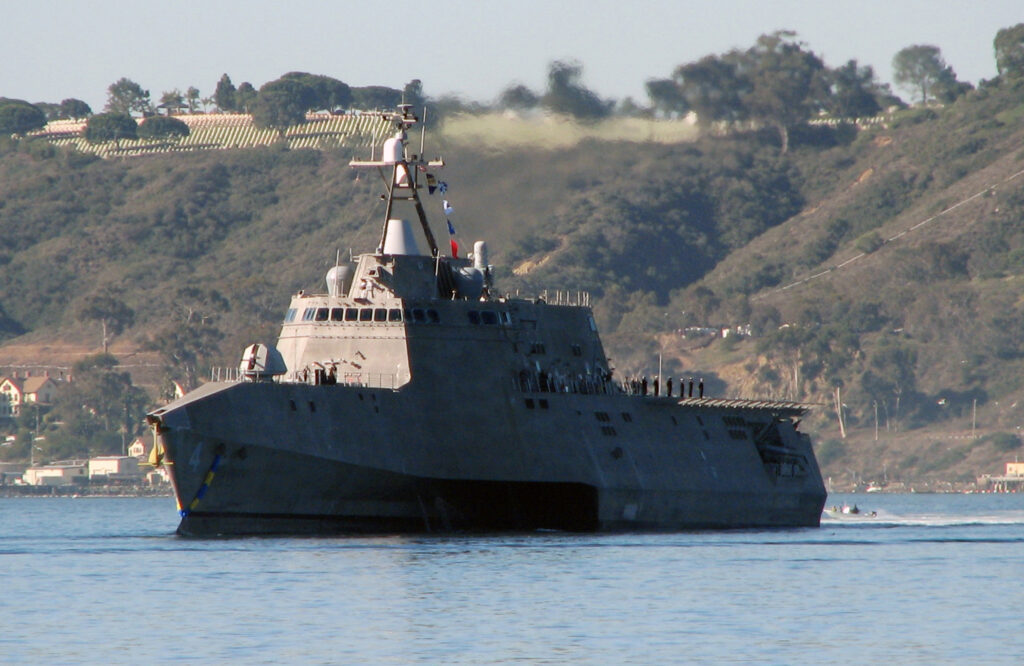 UPDATED with full DOT&E memo WASHINGTON: On Friday, a Navy official told us a critical test report on the embattled Littoral Combat Ship was “unfair.” This afternoon, we found out the Pentagon’s independent test office has already circulated a coldly scathing response.

Defense Secretary Ash Carter has ordered the Navy to cut the LCS in favor of larger, more powerful ships. This particular test is one of the Littoral Combat Ship’s core missions, its ability to repel wolfpacks of Iranian-style fast attack craft. In the test, the USS Coronado used its 57- and 30mm cannon, but not the longer-ranged Hellfire missiles that are planned for — but not yet installed on LCS — a big part of what the Navy official called “unfair.” In essence, the famously tough office of the Director of Operational Test & Evaluation (DOT&E) is saying

“On Saturday, January 30, 2016, Mr. Sydney J. Freedberg, Jr., published an article in BreakingDefense.Com titled: ‘LCS Test Vs. Fast Attack Boats “Unfair”: Missile Missing, Navy Says,'” the DOT&E letter begins. “In that article, he references an unnamed Navy official who contended the testing of LCS Increment II SUW Mission Package was unfair because it didn’t take into account the planned surface-to-surface missiles that will be added to the Mission Package in Increment III. Regretfully, the Navy spokesman was apparently not familiar with the basis for the test and many of his statements are incorrect or not related to what was being tested.”

The Navy “established a much lower performance threshold” for the missile-less LCS in a classified 2013 memo from the then-Vice-Chief of Naval Operations, DOT&E says. “It also defined what the Navy considered to be a successful engagement, specifically requiring each target to be neutralized before any of them closed to within the Navy prescribed minimum stand-off range – a range selected based on the distance at which threat weapons would have a good chance of hitting the LCS. In reality, there are several threat weapons that could hit LCS from an even greater distance…..”

Even judging by these lower standards, however, LCS let the bad guys get too close. “Though the ship was able to eventually repel the simulated attack, this was after the targets had successfully penetrated the Navy’s prescribed stand-off range,” the letter continues. “In a real battle, there would be a good chance LCS might have sustained damage at that point that could have affected its subsequent capability to successfully repel the attack.” In other words, it sounds like the test did not simulate battle damage to the Littoral Combat Ship, but rather allowed it to keep fighting — and ultimately prevail — after the point in a real engagement when it might have been too badly shot up to continue.

What if the LCS had been equipped with missiles, which the Navy sees as an integral part of the surface combat package? “When the Longbow Hellfire surface-to surface missile is finally added to LCS’s SUW (Surface Warfare) Mission Package in FY 2017, the ship will be tested again, although more robustly,” DOT&E writes (emphasis ours). 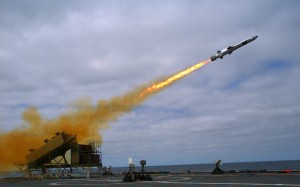 But the Hellfire’s performance may not be as good as destroying seven out of eight attackers, which is what the Navy official said. In fact, the 7 of 8 success rate came from a series of unrealistic scenarios designed to figure out how to adapt the Hellfire from Army helicopters to Navy ships, not to test combat performance. What’s more, there were never eight attackers in the water at one time.

So were we wrong? I’m sure there’s a lot of highly technical debate to be had, which I’m not qualified to judge. It is clear that the Littoral Combat Ship will be more capable of destroying enemies at range — and therefore more likely to survive — once the Hellfires are installed, and even more so with a future “over the horizon” anti-ship missile. What remains in passionate contention is the controversial LCS’s overall readiness for battle.