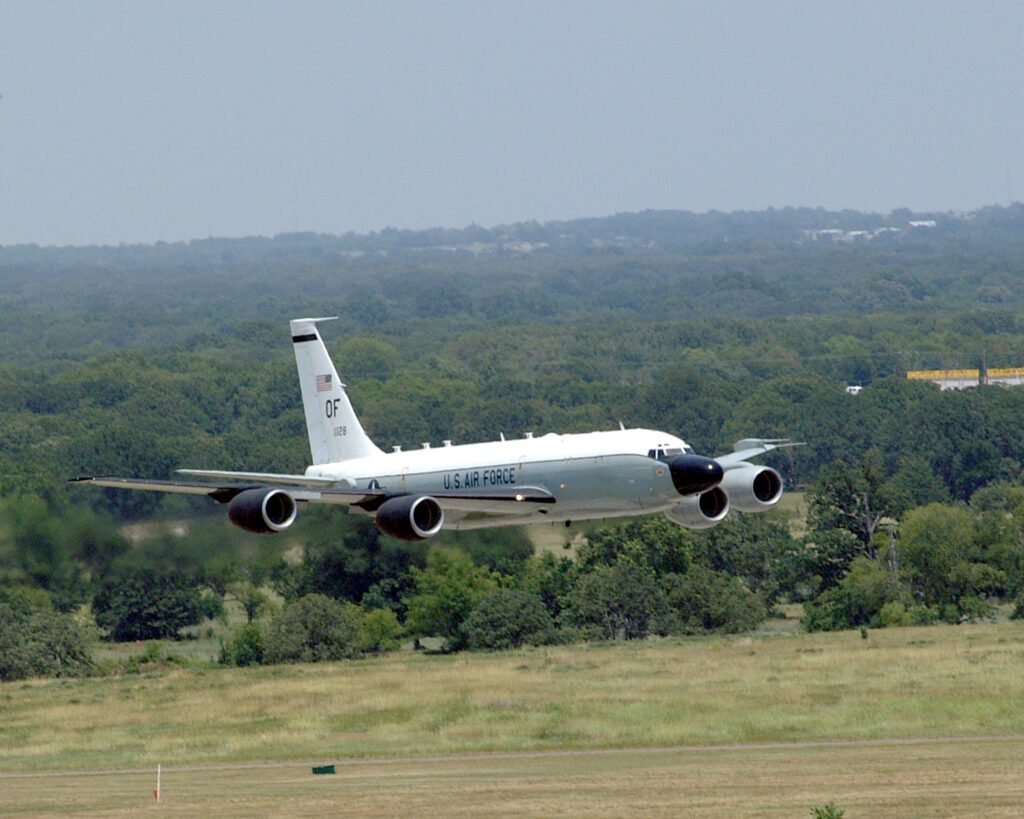 WASHINGTON: Timing matters in war and diplomacy. A Chinese JH-7 pilot performed an “unsafe” maneuver in close proximity to an RC-135 Rivet Joint surveillance aircraft on Sept. 15, the Pentagon confirmed today. With Chinese President Xi Jinping arriving in Seattle tomorrow, one wonders whether the pilot is being praised as a champion of Chinese sovereignty or being chastised as a bumblehead for complicating Xi’s visit.

Two JH-7s were shadowing the Rivet Joint. “The incident in question happened in the Yellow Sea approximately 80 miles east of of the Shandong peninsula. One of the maneuvers conducted by the Chinese aircraft during the incident was perceived as unsafe by the RC-135 aircrew and at this point, right now, there’s no indication this was a near collision, but the report that came back was that the plane operated in an unsafe fashion,” Pentagon spokesman Peter Cook said during a press briefing today. We hear the offending Chinese plane passed no closer than 500 feet from the RC-135. 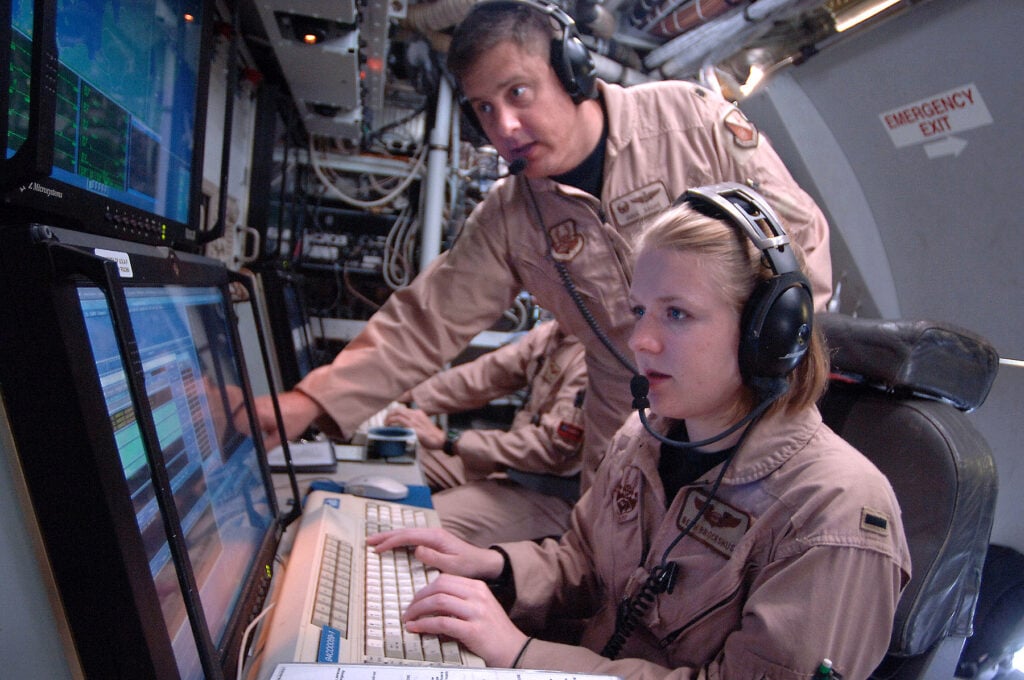 Given the rumors of dissent in the Chinese military over 300,000 in personnel cuts Xi announced at his big-bad military parade on Sept. 3, the extensive work on the South China Sea rock and sand facilities China is building, and the increasingly muscular exercise of Chinese military power, it seems safe to say the pilot probably will get a citation and a whispered “good job” while the Chinese play it down publicly.

Perhaps the top reporter on the US-Chinese military relationship, Bill Gertz, broke the story about the close flyby.

Gertz cited two Pentagon officials as saying that the event was “a dangerous and unprofessional aerial intercept that was similar to the 2014 near-collision between a Chinese J-11 interceptor and Navy P-8 maritime patrol aircraft in the nearby South China Sea.” The J-11 in that incident came within 50 feet of a P-8. Gertz reported that “the Chinese interceptor crossed very close to the nose of the RC-135,” but Pentagon spokesman Cdr. Bill Urban said in an email that wasn’t the case: “At this point there is no indication that there was a ‘near collision,’ as media reports have indicated.”

Sen. John McCain, who has pressed the Obama administration hard on why it isn’t directly challenging the Chinese at the “islands” it has built and on the broader national security front, issued a statement this afternoon saying the latest incident “shows that China feels emboldened to continue its pattern of aggressive behavior in the Asia-Pacific region.” The chairman of the Senate Armed Services Committee noted the fact that “this flight came amid negotiations of rules for air-to-air encounters and just one week ahead of President Xi’s arrival in the United States raises further questions about China’s intentions and the Obama Administration’s response thus far.”

Urban, perhaps indicating efforts by the Pentagon to keep this from unnecessarily complicating XI’s visit to Washington later this week, said the US military “has made tremendous progress with respect to reducing risk between our operational forces and those of the People’s Republic of China (PRC). The bilateral confidence building measures (CBMs), one of which specifically addresses interactions between our operating forces, are proof of this,” Urban said, noting “improvements in PRC behavior, specifically the safety and professionalism with which they intercept our aircraft.” That’s consistent with what we’ve heard from senior officers over the last two years.