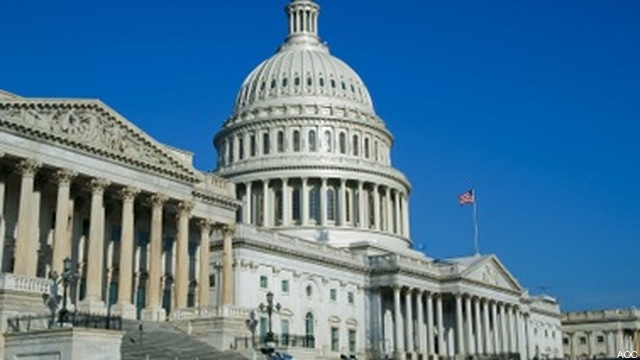 This week, the Republican Congress is expected to unveil its fiscal year 2016 budget resolution just as House defense authorizers start marking up their annual bill.

What will that mean for the US military? Bottom line, the Pentagon should realistically expect no more than $569 billion from Congress in the final, enacted 2016 budget between base and wartime spending—well under the $585 billion the president requested for defense. Here’s how we will get there. 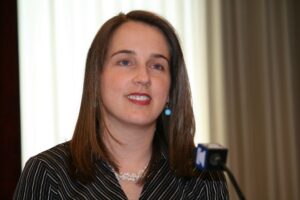 The final GOP budget resolution will keep base defense spending at the sequestration-level caps of $499 billion (function 051) with allowable Overseas Contingency Operations (OCO) spending up to $90 billion for DoD (excluding State Department and other funding). While the Republican budget would ostensibly increase Pentagon OCO funding by $39 billion to $90 billion compared to the Obama administration’s 2016 request of roughly $51 billion, much of this increase is illusory.

Regardless of the final OCO amount enacted for 2016, the likely outcome is some type of scramble at the end of the year to create a follow-on deal to the 2013 Ryan-Murray Bipartisan Budget Act.

The goal will be to soften Budget Control Act (aka sequestration) spending levels for fiscal years 2016 and 2017, only slightly increasing the base defense budget. OCO will be enacted at levels higher than the president’s requested amounts, but not as much as the budget resolution will allow and not as large an amount after the Pentagon revises the war request upward as expected in the coming months.

Why That $39 Billion in OCO Won’t Happen

It is critical to understand that the $39 billion in extra war spending the Republicans added above President Obama’s OCO request of $51 billion is the ceiling, rather than an amount the Pentagon can expect to receive in reality. Throughout the rest of this fiscal year, that number will be whittled down at each step in the process, from defense authorization to defense appropriations to an eventual continuing resolution (CR) to a “Price-Enzi” deal, and then to a final omnibus spending bill.

First, the Pentagon has likely under-funded its own OCO request for 2016. The Pentagon revised last year’s emergency supplemental request upward for fiscal year 2015 from $58.6 billion to $63.6 billion. The $51 billion request for overseas contingency operations included in this year’s budget will similarly be increased by the Pentagon about $9 billion or $10 billion for a total of roughly $60 billion. The Undersecretary of Defense, Comptroller, has already told key budget staffers on Capitol Hill that this is a more accurate amount.

Second, while the defense authorizers are likely to mark the annual spending bills up to the full $589 billion, the defense appropriations subcommittees in both chambers are not likely to appropriate that amount. The more likely target is $5 billion to $8 billion less. For instance, final appropriations for both 2014 and 2015 came in several billion dollars below the original authorized topline for defense.

Third, once the bills go to the floor of each chamber for consideration, the extra OCO dollars will be chipped away through amendments. A voting majority in Congress has supported previous amendments to strip this emergency money that was “not requested by the Pentagon.” If that standard applies this time, which it will for many members — including fiscal hawks, libertarians, and liberals who all dislike the higher defense numbers but for different reasons — the majority of the $39 billion in “extra” allowable OCO money is at risk. The liberal-tea party coalition, for example, has banded together to successfully kill unrequested defense (base and OCO) funding in the past through amendments, including $1 billion in FY 2013 and $3.5 billion in FY 2014.

Statements by DoD officials that bemoan unrequested OCO fixes will provide significant political backing for further such attempts. Rep. Chris Van Hollen of Maryland has already stated his intention to strip most of the extra $39 billion in OCO funding in the House budget resolution later in the process. At least 26 Republicans voted against a $2 billion OCO increase during markup, indicating that bipartisan amendments to eliminate extra war funds are plausible if not likely. While Rep. Mike Turner of Ohio managed to corral 69 House Republicans to support increased defense funding, his topline level was only $561 billion. HASC Chairman Rep. Mac Thornberry’s coalition is aiming higher, but he can’t line up any more votes than can the deficit hawks.

Further, the Senate version of the budget was $292 billion below President Obama’s proposed defense spending levels over the 10-year period. This accurately reflects the position of the GOP conference in the Senate. The fact that the Senate budget resolution kept a 60-vote “point of order” threshold for OCO spending above $51 billion during committee debate means that most Republicans on the committee support that position. They will not change their views once spending bills hit the floor. The Pentagon can expect the amount removed during floor debate to only go up. In sum, realizing the “extra” $39 billion in funding will be difficult for the military in both chambers of Congress.

In recent remarks on the budget, Defense Secretary Ash Carter gave implicit backing to President Obama to threaten and execute a veto if Congress increases defense without new non-defense money, which they are set to do. If the defense appropriations bill is vetoed, it is unlikely to change by any great degree the money the Pentagon would get in an omnibus bill. Still, it would add political ugliness to the process and continue to underscore that the politics of the defense budget is and will remain wrapped up in taxes, entitlements and non-defense spending.

It could get uglier. President Obama could rule through his budget office that the additional allowable supplemental spending by Congress cannot be officially designated as OCO spending. A provision in the original Budget Control Act states that the availability of funding designated by Congress for Overseas Contingency Operations is contingent upon the president’s designating all such amounts and transmitting such designations to the Congress. If the president does not support Congress’ position, which he has made clear he does not, he could choose to send members back to the budget drawing board early in the process by not agreeing to the additional $39 billion in extra OCO funding. Attempts such as those by Reps. Hunter or McSally to use OCO funds for base budget programs remain similarly constrained by OMB guidance from 2010.

After the budget resolution is out of the way, it is likely the defense spending bills that pass in both chambers will not become law. More probable is that the federal government will start the fiscal year operating under another Continuing Resolution as it has done every year since 1997. If that happens again, a 2016 CR of comparable length to last year’s would, for example, result in the temporary loss of $8.5 billion in OCO funding, since this account will automatically be funded at 2015 levels.

That’s when the conversation will begin in earnest later this summer or early fall about the need for the Budget Committee chairmen to craft a follow on to the Ryan-Murray Bipartisan Budget Act to triage the Pentagon patient while providing some fiscal certainty and relief for the military. A similar deal could boost both defense and non-defense spending by $142 billion over the next two years while seeking $165 billion in net deficit reduction over the decade if it sought to match the president’s higher discretionary spending levels. Such a deal should prove far more palatable than the “Doc-fix” passed last week, which will add $141 billion to the deficit over 10 years.

If there is a “Price-Enzi” sequestration fix later this year, Pentagon leaders should be sober about how much relief that bill will provide, however. Using the Bipartisan Budget Act framework for an estimate, the Pentagon can expect a base budget of $510 billion in any Ryan-Murray 2.0 — a modest $11 billion increase above legal spending caps or sequestration-level amounts. The good news is that OCO levels will not be capped by this kind of a deal.