PENTAGON: The often crippling backlog of national security clearances, which can stretch for as long as two years, has been cut in half, the principal deputy undersecretary of Defense for intelligence says in her first interview.

Kari Bingen, who was confirmed by the Senate in May two years ago and had not given a press interview until now, told me she was “proud to announce” the decline. What are the numbers?

In April 2018 the government hit a high point of 725,000 delayed clearances. Today, the number has dipped below 360,000. In May, we reported that would-be federal employees and defense contractors waited an average of 221 days for a Secret clearance and 534 days for a Top Secret clearance, according to the National Background Investigations Bureau. 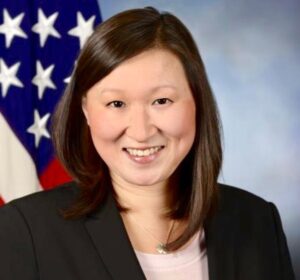 We have reported over the years about the enormous disruption these delays have caused to companies, who famously provide reading rooms for the graduate students and new employees awaiting their Top Secret/Secure Compartmentalized Information (TS/SCI) clearances. Employees must, of course, be paid while they are waiting for clearance and, since they’ve been hired to do classified work, there’s not much for them to do til they get it. The disruption to the lives of those beginning to work for a government agency in a role that requires clearance is obvious when you can’t start work until your clearance is done.

This problem has been incredibly persistent. I can find Government Accountability Office reports going back to at least 1981.

Below is the chart from the GAO’s 2019 High Risk series published in March about how well the government met its own guidelines. The score of 13 percent for TS clearances done within 80 days does not inspire much confidence, but the corner may have been turned, as officials had promised it would be. For example, the redoubtable Sue Gordon, then principal deputy Director of National Intelligence, told some 3,000 intelligence professionals at Geoint last year that, “this year we’ll do really great work on reducing the backlog.”

The Defense Department and Office of Personnel Management (OPM) have begun using cloud computing, machine learning and Artificial Intelligence and combining it with the new approach of persistent monitoring of all people who already have a clearance. In the past, interviews had to be conducted again and searches done of bank records etc. With the new approach, all the electronic sources (from Facebook and Instagram to your bank accounts) are regularly scoped and analyzed for possible bad behavior. Presumably, although I haven’t had this officially confirmed, it may also mean that NSA intercepts of possibly compromising phone conversations would also be fair game.

This, effort, Trusted Workforce 2.0, is being led by the new Defense Counterintelligence and Security Agency. The OPM and DoD are working together now, but DoD will become the lead clearance agency soon.

The transition is being managed by DoD’s Personnel Vetting Transformation Office. It occurs on Oct. 1, with the new fiscal year.