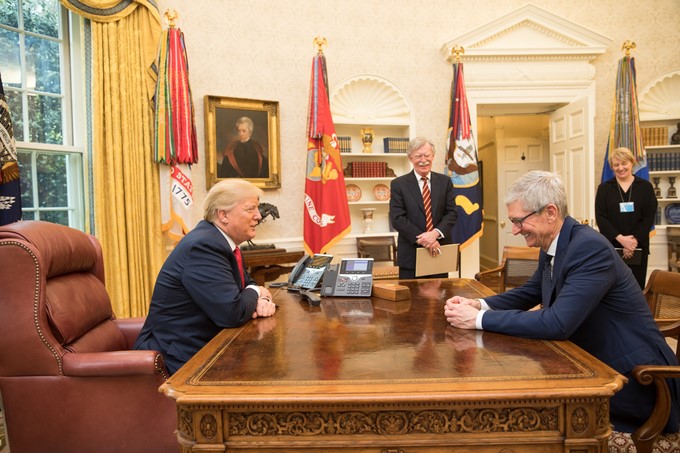 WASHINGTON: President Donald Trump today fired John Bolton, the fire-eating National Security Advisor who pressed for conflict with Iran and many other places. The next advisor, who Trump tweeted today would be picked next week, will be the mercurial president’s fifth (OK– technically the fourth, since Keith Kellogg was acting) since taking office in January 2017.

As appears to be the case with his press secretaries — and perhaps everyone who works for him — Trump ultimately only trusts himself to make decisions and, often, to run things. Given that delegation is a key ability for a president to be able to use the immense machinery of government to his advantage, this raises questions not just about the president’s policy judgements, but also about the government’s ability to plan for and implement those decisions.

Bryan Clark, a defense expert at the Center for Strategic and Budgetary Assessments, explained how the instability in the White House can ripple through the government.

“The National Security Advisor and his or her staff runs the process by which new security-related policies are reviewed and improved before becoming Executive Orders, regulations, or budgets. Although they help ensure the administration’s priorities and principles are reflected in the government’s security-related actions, they also help ensure coherence between different departments.

“The NSC staff is the only place in the Executive Branch that integrates the efforts of the U.S. bureaucracy, and it has gone through four leaders and innumerable staff changes in three years. This can’t be helpful to the functioning of the government beyond its obvious implications for high-level national security decision-making,” he said.

As most people in the Intelligence Community say, they treasure pushback when presenting an interpretation or recommendation, arguing that such questioning usually results in better policy and analysis. Military officers are trained to offer their best military judgement, even in the face of a superior with differing views. (Of course, that doesn’t mean groupthink doesn’t frequently occur in the military, or that all officers are brave enough to tell the boss he or she is just wrong.)

I spoke with a former senior defense official, a Republican, about the effects of Trump’s repeated firings. Here’s how he described the job of the next national security advisor: “The most important function of a national security advisor in this administration is to hold the president down when necessary. They’ve got to be willing to say, Mr. President, you said exactly the opposite two weeks ago so we’ve got to stick with that position.”

As to the president’s claim he will nominate someone next week, that would seem to indicate either he’s been preparing for this for some time and background checks have been made of his top candidates, or he’s winging it and we may not see a name that quickly.

Beyond the systemic turmoil this is creating in the national security world, the president’s volatility is having one very real effect, the former senior official said: “It’s going to be harder and harder to find someone to take the job. If you’re good enough to take the job, then you’re smart enough not to take it.

On top of that, said one expert with experience of the interagency process who would not be quoted by name, “the continuing shortfalls in appointments of key positions and the many acting officials in DoD and elsewhere do not lend themselves well to stability or continuity.” All in all, this instability “can have a very debilitating effect” on the government’s ability to make and execute policy.