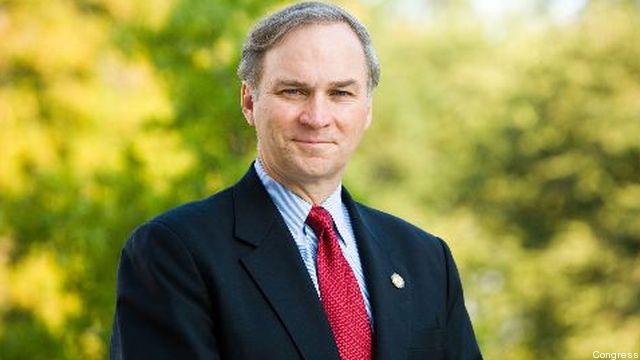 WASHINGTON: The dominant issue of tomorrow’s markup and the later amendment votes will not be the size of the Navy fleet, the future of the F-35, Tricare for life, or America’s strategic relationship with China. Sexual assault in the military, the hot-button issue currently leading the headlines, will dominate floor time when the defense policy bill is debated after tomorrow’s markup, predicts Rep. Randy Forbes, the savvy chairman of the House Armed Services seapower and power projection forces subcommittee.

Among the other issues likely to come up during during the 2014 National Defense Authorization Act’s floor debate is the Littoral Combat Ship, especially just what the Navy should do with LCS in terms of spending and developing how the ship should be used in operations, Forbes told the Defense Writers Group at breakfast this morning. However, he won’t use the recent draft Government Accountability Office’s report on LCS as the basis for amendments or markup language because he wants to see the Pentagon’s response to the GAO and see the final report before acting. The report should be done in two months.

In other news, Forbes expressed deep concern about the pending acquisition of Smithfield Foods by a giant Chinese pork producer. Smithfield sits smack dab in Forbes’ district. Combine that with the chairman’s long focus on China as a key competitor against the United States and his interest in food safety as a national security issue and you’ve got a potent combination. I asked him if he would write the Committee on Foreign Investment in the United States (CFIUS) to protest the sale. Forbes said he had not decided yet. Housed in the Treasury Department, CFIUS coordinates the review of proposed acquisitions of American companies across the government.

In one of the most revealing comments about the HASC’s priorities, Forbes noted that China plays a very small role in the NDAA drama this year. Even with the Pacific pivot and the importance of our relationship with China, that country is mentioned in this year’s mark only six times, Forbes noted.

At an earlier Defense Writers Group breakfast in February, I asked HASC Chairman Rep. Buck McKeon whether he would hold any hearings on the Pacific pivot and related issues, and he said the combatant commanders would appear before him, as would the service chiefs. He’d address the Pacific pivot in these venues, McKeon said.

If you want to get some idea of the relative weighting of issues before the committee, look at the countries mentioned in the markup. Afghanistan gets 161 mentions, Syria pulls 47, Iraq (remember that place?) gets 33, and Iran (a pretty hot spot these days) only pulls 17. If you remember, China gets six.