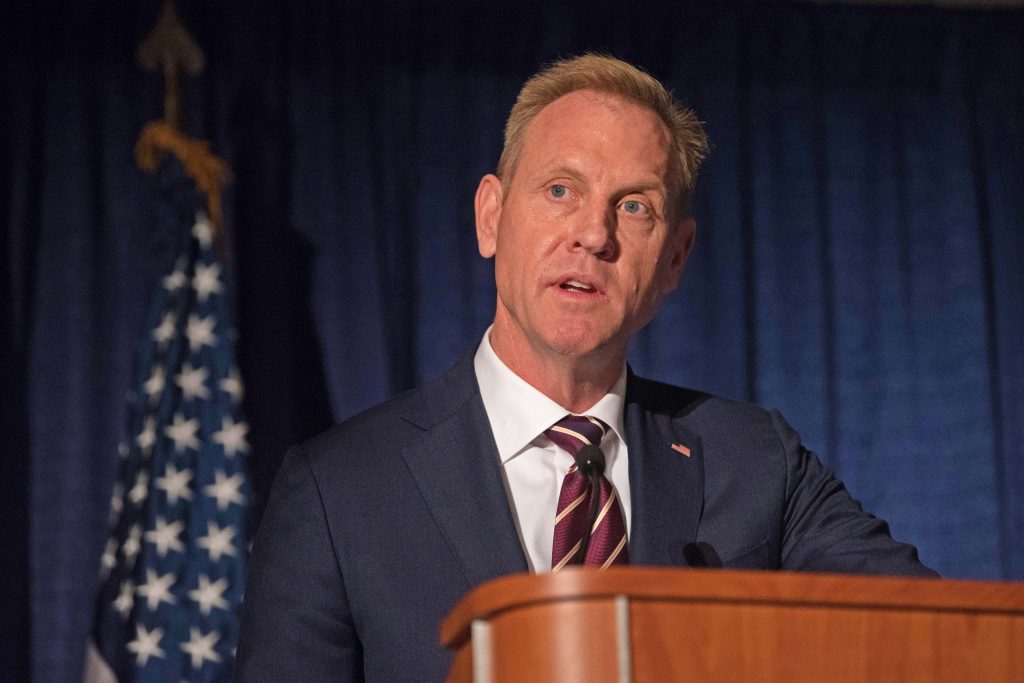 SPACE SYMPOSIUM: Acting Defense Secretary Patrick Shanahan on April 9 bluntly asserted that China’s PLA is “deploying directed energy (DE) weapons,” adding that “Russia is doing many of the same things.”  In perhaps the strongest rhetoric yet from a Trump administration official about counterspace threats to US satellite systems, Shanahan said: “Both China and Russia have weaponized space with the intent to hold American space capabilities at risk.”

Shanahan’s comments about the state of Chinese and Russian DE counterspace weapons development go a step beyond the February-released assessment of the Defense Intelligence Agency (DIA). That characterized both countries as pursuing DE counterspace weapons but stopped short of definitively finding that they had deployed such weapons.

“China likely (emphasis added) is pursuing laser weapons to disrupt, degrade, or damage satellites and their sensors and possibly already has a limited capability to employ laser systems against satellite sensors,” the DIA said in its first ever assessment of threats to US space assets.

The DIA and Shanahan do agree on the view that China likely will field a ground-based laser weapon that can counter low-orbit space-based sensors by next year.

DIA also speculates that “by the mid-to-late 2020s, it may field higher power systems that extend the threat to the structures of non-optical satellites.” However, the footnotes in the DIA study cite only research papers published by Chinese scientists, the latest of which is dated 2010, as evidence of these assertions. Further, two new studies by US-based nongovernmental organizations instead find that while there is some evidence from within the Chinese military research and development community regarding Chinese pursuit of DE counterspace systems, there is little solid evidence of how far along any weapons development programs may have.

What the DIA, the Secure World Foundation (SWF) and the Center for Strategic and International Studies (CSIS) agree is that China’s ground-based, kinetic energy missile system is the only antisatellite (ASAT) weapon now being fielded by potential US adversaries — not counting jamming systems, which are widespread.

Meanwhile, the Trump administration has been increasingly focused on the need for the United States to counter Chinese and Russian developments with both offensive and defensive ASAT weapons. “The threat is clear: we’re in an era of great power competition, and the next major conflict may be won or lost in space,” Shanahan said. Because of Chinese and Russian actions, “space is no longer a sanctuary – it is now a warfighting domain,” he said. “This is not a future or theoretical threat; this is today’s threat. We are not going to sit back and watch – we are going to act. We are going to deter conflict from extending into
space, and ensure we can respond decisively if deterrence fails.”