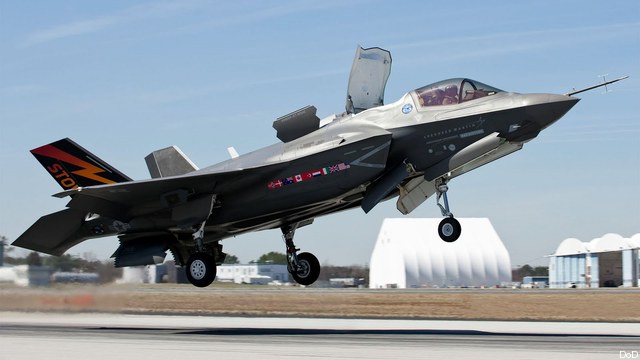 WASHINGTON: Singapore is expected to announce sometime in the next 10 days that it plans to buy its first squadron –12 planes — of some 75 of Lockheed Martin’s F-35Bs, further bolstering what had been the flagging fortunes of the world’s most expensive conventional weapon system.

The fact that American allies in the Pacific are the ones committing to the controversial and over-budget aircraft is telling. If you want to understand the calculus driving these choices, first look at China, which to countries such as Singapore, Japan, Australia, and South Korea is the primary long-term threat.

The Singaporeans are extremely shy about declaring their intentions in public, eager to offer few chances for China and Malaysia to react, but two sources familiar with the program confirmed the likely announcement. Given Singapore’s tiny size, its choice of which of the three F-35 versions to buy is not surprising. A plane that can take off almost vertically and can land vertically is able to operate from a much smaller footprint than, say the F-35A (the Air Force version) or F-16 Block 60s. And, given Singapore’s geography, the F-35B makes great sense for its ability to operate closely with the US Marines — as well as with F-35Cs operating from our aircraft carriers.

The Singaporeans’ decision will eventually leave China — and Russia, still something of a Pacific power — facing 50 to 100 Australian F-35As, 42 F-35As in Japan, 75Bs in Singapore and however many of the three versions built and fielded by the Untied States are regularly in the Pacific. Then consider the F-35, which offers the first true integrated global supply chain for a major weapon system and offers highly classified capabilities which America had previously not made available to allies.

But the underlying reason for the choice of Singapore and the other Pacific countries may be found in the conclusion of these countries about the F-35’s effectiveness. One senior official from the region, who has access to the most sensitive classified information about the system, told me recently that the F-35 is “simply undefeatable.” And this official said the aircraft is expected to maintain its dominance for at least one quarter of a century.

If you link the F-35s from Singapore, Japan and Australia with the US planes that will be stationed throughout the Pacific at Air Force bases, on aircraft carriers and on the Gator Navy’s ships, then the US and allied presence will loom large in an arc from Alaska west and south to the bottom of the South China Sea and then back down to Australia and across to Hawaii. Strengthening this highly capable net will be the new F-35 plant Japan is expected to announce soon. Mistubishi Heavy Industries is expected to construct a plant to build Japan’s F-35s. It would eventually provide the US and its Pacific allies with a central repair and replacement plant in the region, one in addition to any repair centers the US builds in the region.

Add the regular port visits to Singapore by the Littoral Combat Ship fleet to the F-35 decision and you’ve got a pretty powerful national security statement by the tiny state.

Can you say AirSea Battle?