Posted by Theresa Hitchens on September 3, 2019 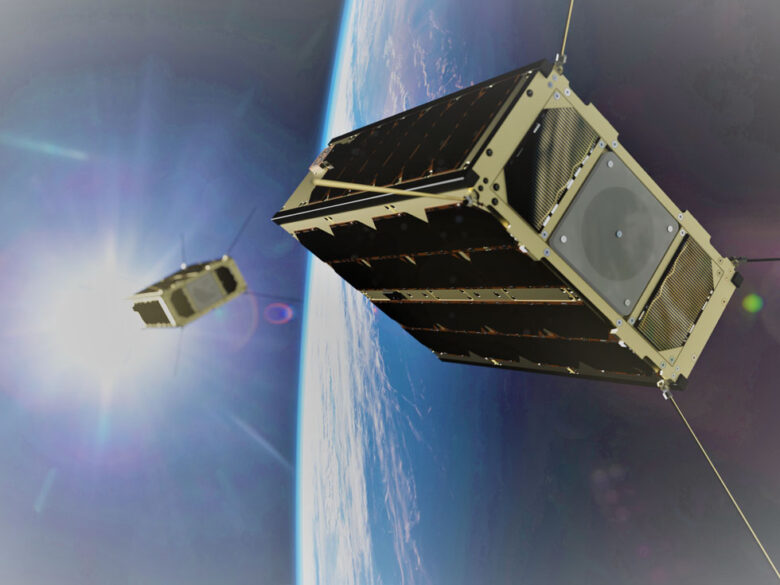 Kleos has yet to launch its first satellite, after a delay at RocketLab (that launches from New Zealand) pushed the planned launch back from last month to sometime in October. A spokesperson for the firm said the satellites are now going to be launched under a rideshare program with SpaceFlight Inc. on an Indian Polar Satellite Launch Vehicle (PLSV) sometime in the last quarter of this year.

It’s initial “Scouting Mission” concept is for four nanosatellites — about the size of a shoebox according to the company — to be placed in Low Earth Orbit (LEO) at about 500 kilometers. A second set is planned for sometime in 2020, building up to a constellation of at least 28 satellites.

The Phase 1 SBIR for the Air Force will involve “delivery of a report including technical feasibility, financial sustainability and meeting defense needs” by Oct. 23, according to a company press release, that if deemed of interest will open the door to a Phase 2 tech demo.

The tiny satellites, built by Danish company GomSpace, weigh only about 10 kg, and work together to geolocate RF transmissions from ships using very high frequency (VHF) spectrum, with the constellation able to provide an accuracy between “200 meters to 3 kilometers depending on conditions,” according to the Kleos website. The first four satellites are ready to fly; another four with a refined configuration is currently under manufacture. The second-generation satellites are designed to provide better coverage near the equator.

The satellites fly in very close to each other, “each one equipped with radios for detecting the use of the VHF spectrum, used by push to talk walkie talkies etc. That data is then sent to our ground segment where it is processed through our geolocation algorithms to provide the customer where and when the VHF activity took place,” a Kleos spokesperson said in an email. “Kleos data is a complimentary enhancement for existing data sets, used to cue other space or air breathing assets, and has been welcomed by the existing ecosystem of ISR and analysis companies.”

Kleos also intends to sell its data as a service to subscribers, offering a three-tiered level of access.

Maritime safety and security is increasingly an issue for both the US and its European allies, particularly in the Pacific and the Persian Gulf. The National Geospatial-Intelligence Agency is increasingly turning its attention to acquiring geolocation products and services, David Gauthier, director of NGA’s new Commercial & Business Operations office, said during the GEOINT 2019 in June.

Kleos in June announced that it had won a new infusion of 1 million Euro ($1.2 million) from Luxembourg, bringing its state financing up to nearly 3 million Euro ($3.3 billion), and allowing it to apply for European Space Agency’s Business Applications Program — with a contract possible by the end of 2019.

The company, founded in 2017, went public on the Australian stock market last year and shares are now going for about 0.30 Australian dollars (0.20 USD) each, with its US market cap at $13.95 million, according to Markets Insider.