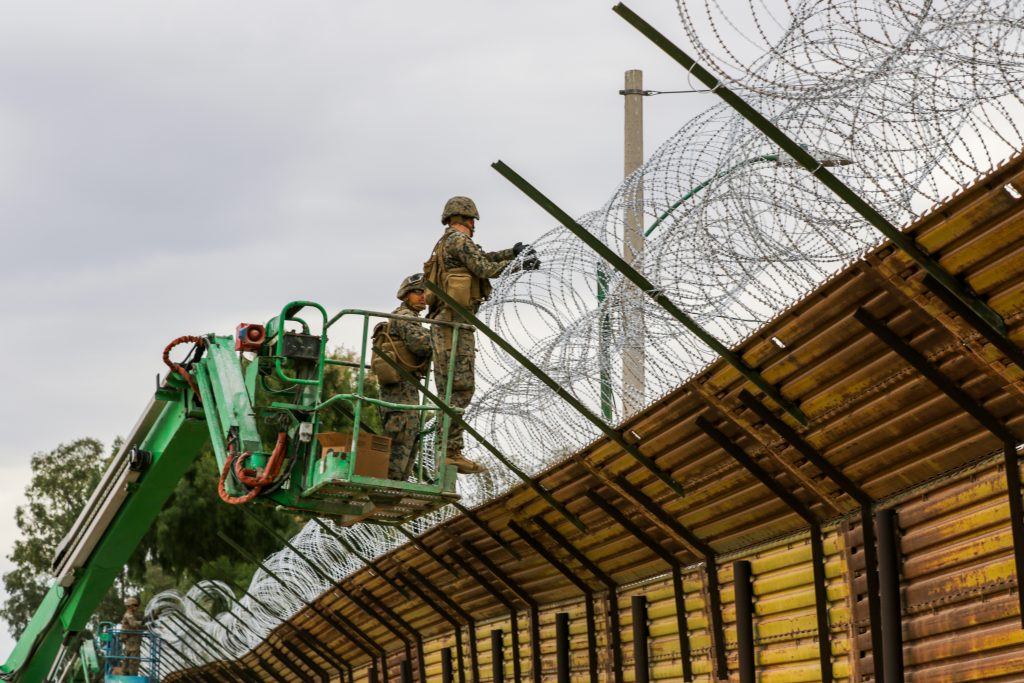 PENTAGON: Defense Secretary Mark Esper agreed to pull $3.6 billion in military construction funds to build 175 miles of walls and barriers along the US southern border, the first half of which will be available immediately for transfer to the Department of Homeland Security.

The decision, which was made today, clears the way for the first $1.8 billion. The first tranche of funding was originally slated for construction projects overseas, and Pentagon spokesman Jonathan Hoffman told reporters today that foreign governments and US embassies overseas are currently being notified.

Members of Congress in affected states and districts are being notified, and more details will be available once those conversations have wrapped up, Pentagon officials said.

In total, the work covers 175 miles of wall and barriers across DoD property, federal and private property, though defense officials did not break down how much construction will occur where. Esper gave the green light for 11 projects overall. None of the money the Pentagon is handing over will be pulled from family housing, projects already awarded or from fiscal 2019 funds. All were slated to be funded in 2020 or later, Hoffman said.

The Army Corps of Engineers is expected to award the first contracts within weeks, with construction beginning in three to four months time.

President Trump issued an emergency declaration in February in order to free up cash for his controversial border wall, which he had promised would be paid for by Mexico.  Congress rejected the transfer of funds, triggering the partial government shutdown earlier this year.

The loss to military construction accounts comes as many of the armed services continue to struggle with readiness issues, particularly the Navy, and as the Pentagon is looking to spending billions to repair bases in North Carolina and Florida after a series of hurricanes smashed buildings and flooded the grounds.

It didn’t take long for Democrats to criticize Esper’s decision.

Sen. Jack Reed, the top Democrat on the Senate Armed Services Committee, called the move ”a bid to shift power away from Congress to the president. Clearly, this administration is trying to circumvent Congressional authority…Defense spending is supposed to be for national defense. There is no credible reason to divert these funds and doing so in this manner could disrupt national security efforts.”

Rep. Debbie Wasserman Schultz — chair of the House Armed Services Committe’s military construction committee —  tweeted that the decision will “weaken our national security by stealing billions from our military, including training & intelligence funds from our soldiers & poaching from critical projects our service members & their families need, including schools.”