Streamlined MV-22 Maintenance: From 70 Osprey Types Down to 5 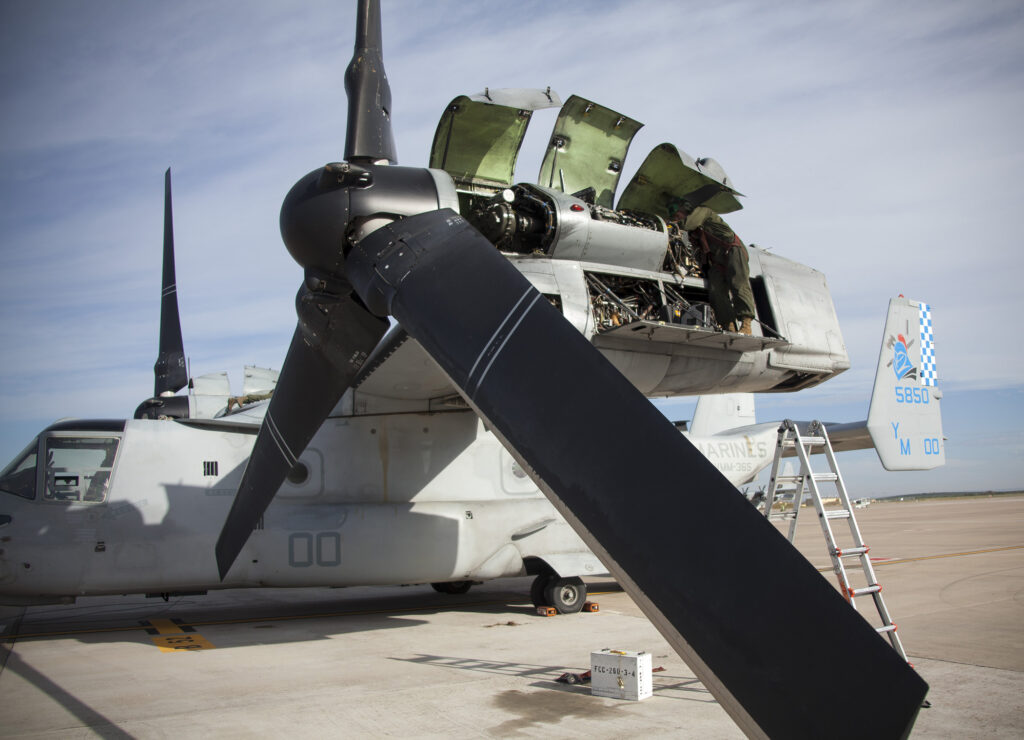 A Marine mechanic at work on the massive engine of a V-22 Osprey in Spain.

UPDATED with timeline WASHINGTON: If you’re a pilot or mechanic working on the Marine Corps’ prized V-22 Osprey, you probably spend a lot of time reinventing the wheel. That’s because the 129 MV-22Bs in service come in more than 70 different configurations, identical to the untrained eye but all subtly different — for example, in the cockpit layout, the electrical wiring, even the arrangement of bolts — which means they require subtly different flight checklists, maintenance procedures, and spare parts. If it’s not a logistical nightmare, it’s at least an acute headache — and more expensive than it needs to be. 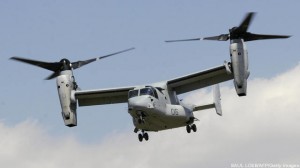 That’s why the Marines and Naval Air Systems Command (NAVAIR), which buys aircraft for the Corps, is charging ahead with a program to reduce those 70-plus versions to 25 by 2027 and — the ultimate goal — approximately five by 2030. Common Configuration – Readiness and Modernization (CC-RAM) will also upgrade the 129 existing Block B Ospreys to the Block C configuration now coming off the assembly line. (The Marines are also buying 151 brand-new Cs). The upgrade improves everything from weather radar to flare dispensers, from night-vision displays to how much data is available to the passengers so Marine infantry can update their mission plans en-route to the target.

CC-RAM kicked off last fall with a $57 million contract to V-22 manufacturers Bell and Boeing, as our USNI news colleagues reported at the time. On Jan. 31st, the Bell-Boeing Joint Program Office announced an additional $70 million (well, $69,668,099) to overhaul the first three aircraft. The very first is now at the Boeing factory in Philadelphia; work will also occur in Bell’s Fort Worth, Texas plant. There’s no official, public estimate for the total cost of the program.

That $70 million is about the cost of a new Osprey; to modify three aircraft is $23 million apiece. But we can’t extrapolate that cost over all 129 Block Bs. Those 70-plus different configurations vary widely in how difficult they are to upgrade. Some require major overhaul, some are minor. And, as a general principle of defense programs, unit costs tend to go down over time as the contractors figure out the most efficient way to do things.

All this may seem mundane compared to the strategic and operational concepts we often discuss. But professionals talk logistics, and logisticians know painfully well how a battle can be lost for want of a nail — or any other seemingly insignificant repair part.

The vaunted German panzers of World War II were a logistical nightmare because they came in too many types, with too many configurations, all created as the perfectionist Teutonic artisans on the assembly line kept tinkering. (And don’t even ask about the Wehrmacht’s eccentric collection of supply trucks). Meanwhile the Americans and Russians mass-produced M4 Shermans and T-34s. When a unit is in combat, lives are on the line, and spare parts are in short supply so you don’t want 70 different versions of the same aircraft.