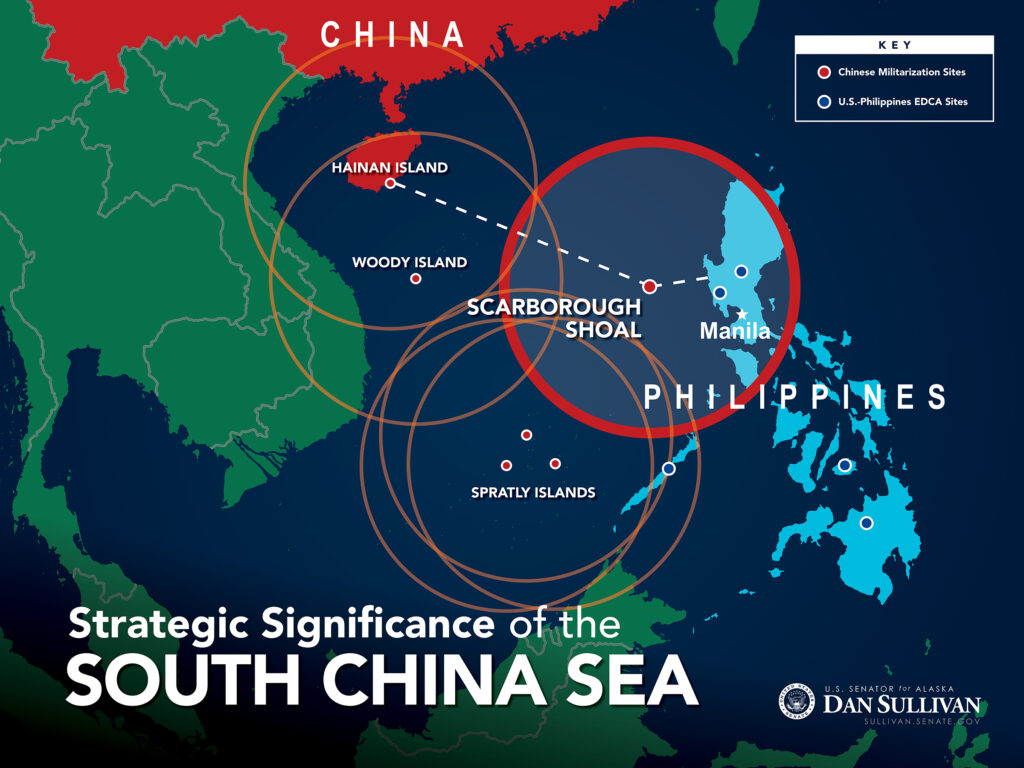 China, China. China. It’s pretty much all you hear when you talk to sailors and Marines these days. When you’re talking to the Army or Air Force, then it’s Russia, Russia, Russia. Though, to be fair, the Air Force is pretty fixated on both. The new National Defense Strategy — which we got first, as Breaking D readers know — puts China and Russia firmly in first place of the threat matrix. So is the Trump administration, which wrote and approved the new strategy, executing policies that reflect the NDS? John Schaus, a defense expert at the Center for Strategic and International Studies, answers that intriguing question below. Read on! The Editor.

The release of the 2017 National Security Strategy (NSS) and 2018 National Defense Strategy (NDS) offers a window to evaluate current and ongoing U.S. policy in the Asia-Pacific (or Indo-Pacific) region. The geopolitical and policy landscape in Asia has changed since the 2014 Quadrennial Defense Review and 2015 National Security Strategy. Most notably, China’s leadership is leveraging its economic rise and growing military capabilities to pursue increasingly coercive policies and actions. Many countries throughout the region are looking for ways to diversify from the China-centric model being coercively peddled by Beijing and look to the United States to provide such an option. The documents offer bold, clear strategic direction to provide a positive-sum, rules-based international security framework at a time the United States and the world need clear guideposts. The administration’s actions, however, are at odds with the strategies.

The NSS and NDS

The NSS delivers a clear statement of the primary concern to the United States: “China and Russia challenge American power, influence, and interests, attempting to erode American security and prosperity.” It further describes the challenge China and Russia pose, alongside that of North Korea, Iran, and terrorist organizations, by noting that, “[w]hile the challenges differ in nature and magnitude, they are fundamentally contests between those who value human dignity and freedom and those who oppress individuals and enforce uniformity.”

The NDS aligns with these statements stating, “The central challenge to U.S. prosperity and security is the reemergence of long-term, strategic competition…by revisionist powers.” The NDS then notes, “Both revisionist powers and rogue regimes are competing across all dimensions of national power. They have increased efforts short of armed conflict by expanding coercion to new fronts, violating principles of sovereignty, exploiting ambiguity, and deliberately blurring the lines between civil and military goals.” Taken together, the documents present a clear case that the United States will need to work more effectively across all “dimensions of power” to advance U.S. interests while competing with those who seek noncomplimentary ends.

Helpfully, the NSS provides a metric against which to measure the efficacy of current and future U.S. actions: “We learned the difficult lesson that when America does not lead, malign actors fill the void to the disadvantage of the United States.” Thus, the measure of U.S. effectiveness is whether the United States is leading adequately to deter or counter Chinese and Russian efforts to erode U.S. security and prosperity.

An administration guided by these strategies would likely be reassuring to those Asia-based interlocutors who have expressed concern about the Trump administration’s commitment to free trade, a rules-based international order, and alliances—all areas that the NSS and NDS highlight as important in securing U.S. interests.

The NSS makes clear that trade is an important area to ensure continued U.S. prosperity, and it distinguishes between “economic competition with countries that follow fair and free market principles and competition with those that act with little regard for those principles.”

This is followed by five priority actions:

The economic objectives are complemented in the NSS by priority actions to strengthen the rules-based international order, including “shape and reform international financial and trade institutions,” “ensure common domains remain free,” and “protect a free and open internet.” Each of these priority areas undergirds portions of the international economic, diplomatic, and security system from which the United States derives much of its formal influence—and all are based on preestablished and agreed-to rules and norms. The NDS mirrors these themes where appropriate for defense issues.

The value of alliances to U.S. and international security is noted in the NSS: “Experience suggests that the willingness of rivals to abandon or forgo aggression depends on their perception of U.S. strength and the vitality of our alliances.” Later, it states that values “form the foundation of our most enduring alliances[.]”

The NDS highlights the ways in which the defense enterprise will strengthen alliances, such as by: “deterring adversaries from aggression against our vital interests; Maintaining favorable regional balances of power in the Indo-Pacific, Europe, the Middle East, and the Western Hemisphere; Defending allies from military aggression and bolstering partners against coercion, and fairly sharing responsibilities for common defense; Ensuring common domains remain open and free.” Each of these priorities is consistent with previous administrations’ security objectives and supports stronger alliances and more capable partners.

A deeply engaged United States—across all lines of national power, not just military—has been a key ask of countries in Asia for years. The NSS and NDS present approaches and structures that would enable the United States to engage countries in the Asia-Pacific region in a productive and meaningful way.

The NSS and NDS in Context

Many administrations fall short of achieving the lofty goals established in documents like the NSS and NDS. On trade and alliances, the current administration’s actions consistently suggest the photographic negative of the ambitions and objectives presented in the NSS and NDS. The resulting power vacuum is being filled by Chinese efforts to dominate the Asia-Pacific economically, diplomatically, and militarily.

The most consistent element of the current administration’s policy—strong defense—is undermined by the spending caps imposed by the Budget Control Act and the inability of the government to agree even on the need for funding to both reset the force after 16 years of continuous combat and prepare that force for future conflicts against potential nation-state adversaries.

When the president withdrew the United States from the Trans-Pacific Partnership trade negotiations, it damaged long-standing U.S. credibility as a proponent of free, fair, and high-standard trade agreements, and it jeopardized the possibility for a trade pact in the Pacific to exist free of Chinese influence. The administration transitioned from a bad headline on trade to a bad narrative when it doubled down on its antitrade position by reopening NAFTA negotiations and threatening South Korea with renegotiating the Korea-U.S. Free Trade Agreement less than a decade after it was signed. The most recent misstep in this area was the announcement on January 24, 2018, that the United States would establish tariffs on washing machines—many of which are manufactured by South Korean firms.

The trade actions initiated against washing machines is even more surprising in the context of the threat North Korea’s nuclear, missile, and conventional forces pose to South Korea, a U.S. treaty ally. Rather than demonstrate strong support for the U.S.-Korea alliance, the trade action is more akin to the earlier implied threats that U.S. commitment to alliances were only as strong as the members’ most recent defense budgets.

These actions increasingly form a pattern that leaves world leaders, including in many in Asia, doubting that the United States under the present administration has the willingness or the ability to lead in global affairs. Without strong, credible U.S. leadership, the United States leaves a power and influence vacuum that is already being filled with rival world views and counter-narratives, such as the claim that the United States is a country in decline and countries should not count on U.S. support against a rising China. It is hard to see how such a vacuum advances U.S. security or prosperity, or how it can be reassuring to U.S. allies in Asia. The NSS and NDS demonstrate the administration is able to develop a blueprint for U.S. leadership in the world, but the administration needs to follow its own strategy.

Commentary is produced by the Center for Strategic and International Studies (CSIS), a private, tax-exempt institution focusing on international public policy issues. Its research is nonpartisan and nonproprietary. CSIS does not take specific policy positions. Accordingly, all views, positions, and conclusions expressed in this publication should be understood to be solely those of the author(s).

© 2018 by the Center for Strategic and International Studies. All rights reserved.