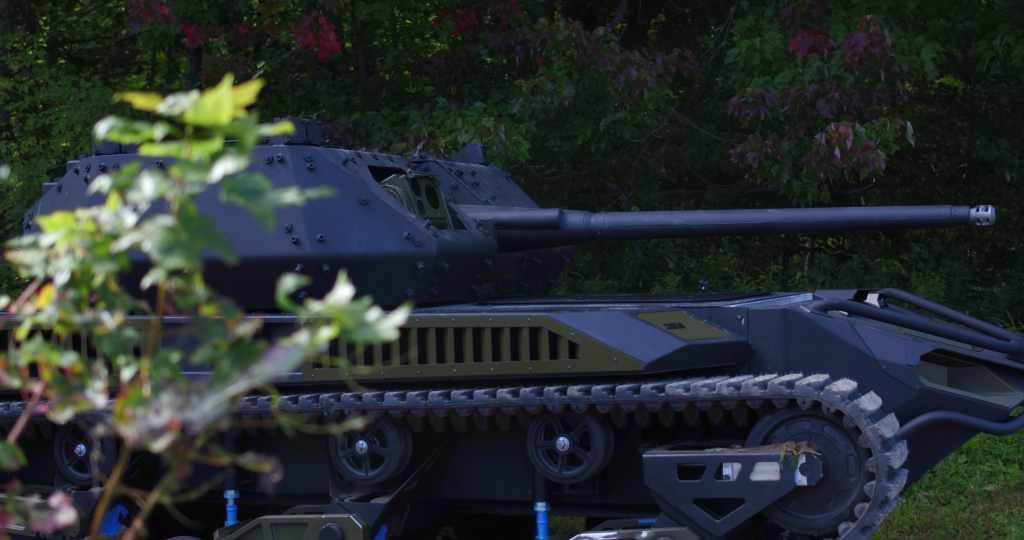 AUSA 2019: Textron’s Howe & Howe division unveiled the latest unmanned version of its Ripsaw mini-tank here today, a rugged bot with a 6,000-pound payload competing for the Army’s Robotic Combat Vehicle – Medium that will enter experimental field tests in 2021. A lighter version of the same robot, with many of the same components, will be Textron’s entry for the RCV-Light, small enough to sling-load under a helicopter and carrying a 1,000 pound payload. (RCV-Heavy, at 20-plus tons, would be too much of a stretch).

That’s the kind of versatility, commonality, and customization that the Army is very interested in for its future family of combat robots. After seeing Textron and other companies show off their bots at Texas A&M and elsewhere this year, the head of armored vehicle modernization, Brig. Gen. Richard Ross Coffman, is sufficiently impressed that he might accelerate his testing timetable by two years, he told me in a recent interview.

Now, there’s a crucial caveat: These are not Terminators. For the near term, all the robots under consideration are not truly autonomous but rather remote-controlled, much like the Predator drone, with one human driving while another operates the sensors and any weapons that might be installed. Even as artificial intelligence improves, allowing one human to oversee multiple robots at once, the Pentagon has a policy requiring human control of lethal force: So, for example, there’s an Army program called ATLAS to teach an AI to detect targets, classify them, and aim a gun at them, but it requires a person to authorize opening fire.

Brother entrepreneurs Mike and Jeff Howe were leery of revealing too much about their Ripsaw M5’s level of autonomy, but they confirmed it did not require constant remote control: Reading between the lines a bit, it can follow another vehicle or navigate from one pre-planned waypoint to another. It can also plug in a wide variety of different sensors and weapons, or fit combat engineering kit like a heavy-duty mineroller, or even carry a smaller robot and dispatch it to scout out buildings and other narrow places where the mothership can’t fit. 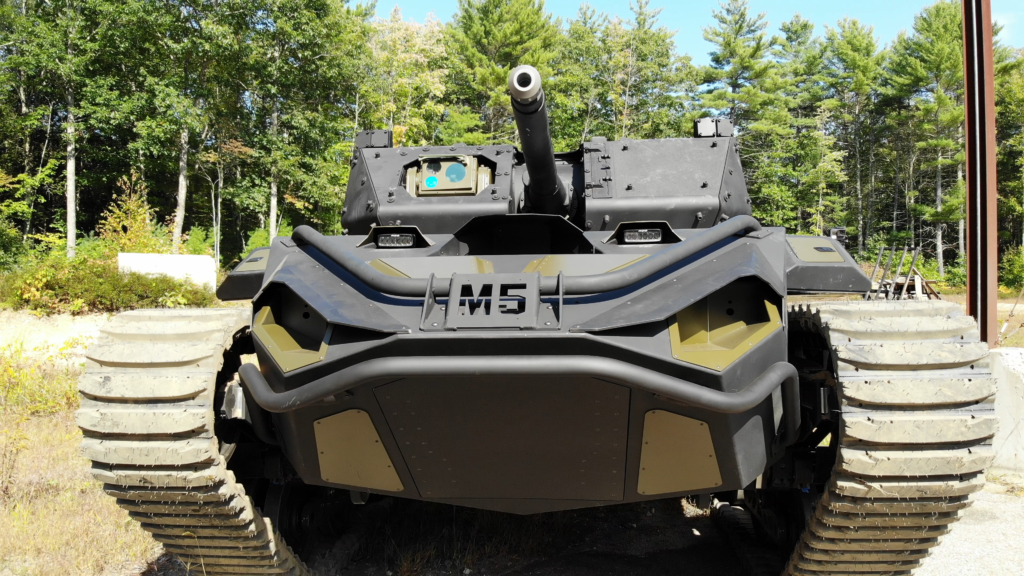