The Army’s Plan To Save The Wounded In Future War 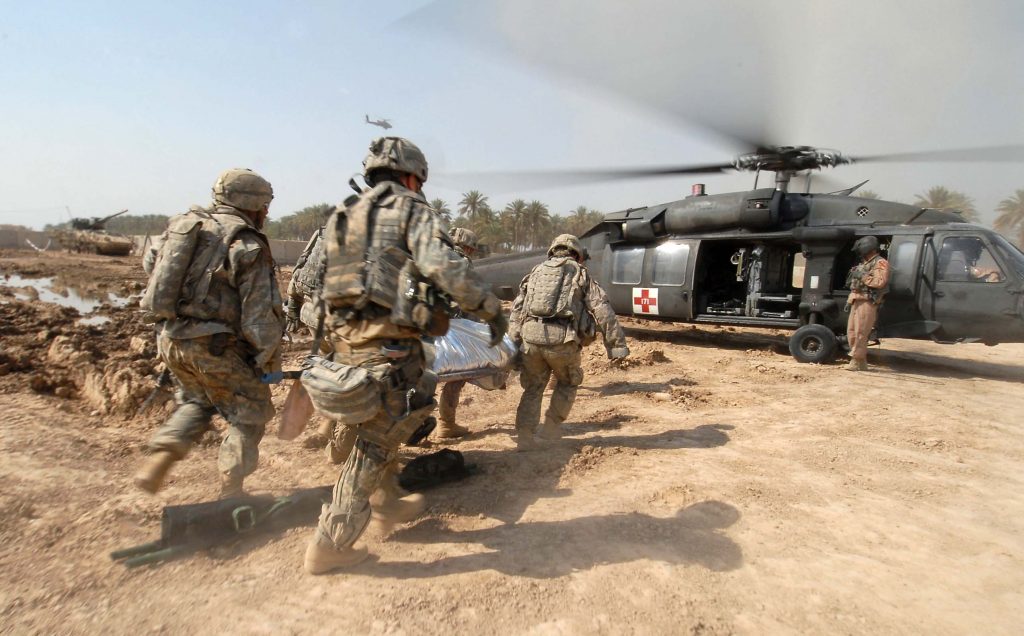 Soldiers rush a wounded civilian to a UH-60 medevac helicopter in Iraq.

CAPITOL HILL: The high-tech chaos of future battlefields will make it much harder to save wounded soldiers, the Army Chief of Staff warned Congress this week. Evacuating them will require not only new high-speed medevac aircraft and tank-like armored ambulances, Gen. Mark Milley said, but also a radical reorganization of the Army’s medical corps to bring care as close as possible to the front line.

We’ve covered the equipment part of this equation — more on that below — but the personnel side is equally important and quite possibly more complicated. “People can tell you how incredibly confused I was at the hearing [on] medical services last week,” Rep. Pete Visclosky, the chairman of the House defense appropriations subcommittee, told Army leaders at a hearing on the Army budget this week.

It turns out it’s confusing because two things are happening at once, Gen. Milley and Army Secretary Mark Esper explained:

“The Army several months ago started looking at what we need for the fielded force in terms of medics and docs and surgeons, PAs, you name it,” Sec. Esper said. (This is probably part of a much wider study of how to reorganize the Army for future multi-domain operations). “There’s a lot of change happening there,” the secretary said. “We didn’t think we had the right numbers and the right specialties for the fielded force, the units that go to war.”

“Those are two different capabilities,” Gen. Milley added. “One is [to] stay home in the medical treatment facilities, the hospitals, take care of soldiers and families. The other is a combat medical capability, distributed within tactical units: They’re going to be on the forward edge of the battlefield.” 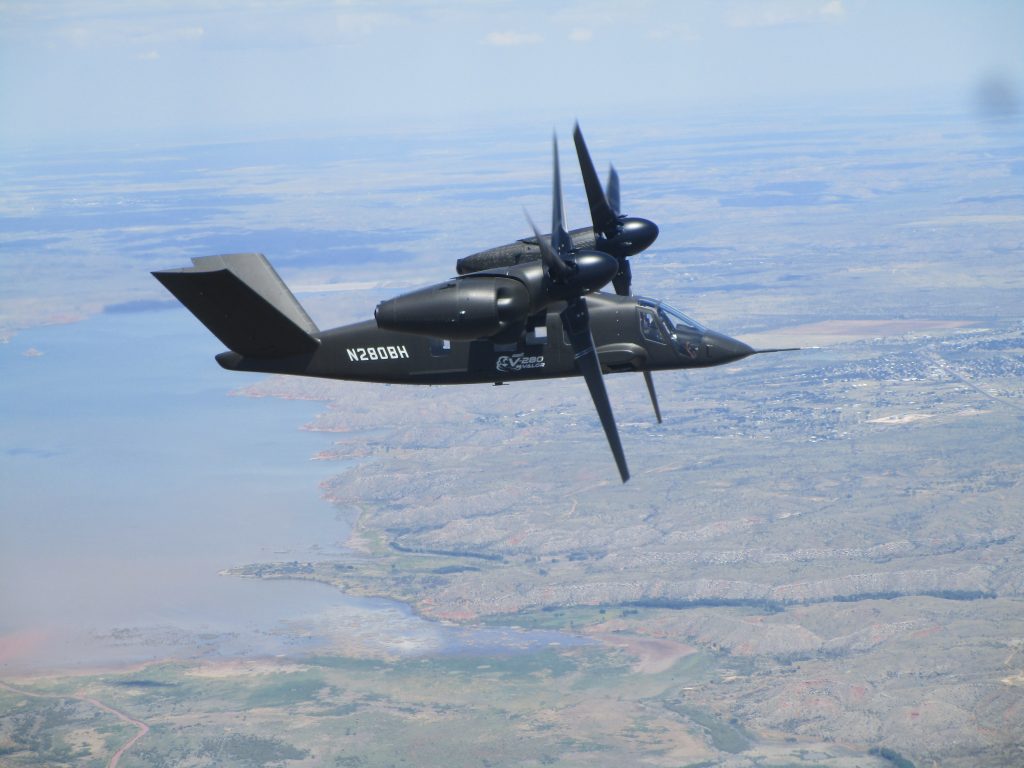 The problem, Milley explained, is that ground forces have gotten used to air support essentially on call 24-7. That includes rapid medical evacuation that could pick up casualties from the battlefield and quickly bring them to centralized medical facilities with lots of staff and equipment. 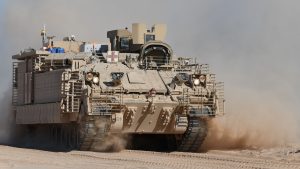 A medical variant of the BAE Armored Multi-Purpose Vehicle. AMPVs will serve as both armored ambulances and mobile operating rooms.

Against adversaries better-armed than the Taliban, that might not work. Russia and China have long-range precision missiles that can devastate big bases, forcing support services — including medical care — to disperse, hide, and keep relocating to avoid destruction. There are abundant anti-aircraft missiles to shoot down medevac aircraft, anti-tank missiles and land mines to destroy ground ambulances.

“Currently, in the combat we’re involved in now, we have dominance over the air and we pretty much can guarantee ourselves ground evacuation and/or air evacuation within this so-called golden hour,” Milley said. “If you are wounded and we get you to doctor in 60 minutes, your probability of survival is in excess of 90 percent.”

“In future combat, that may or may not be true,” Milley said. “Hence Future Vertical Lift [aircraft]…. and we’re uparmoring ground ambulances: That’s the AMPV program.” These are both ways to get casualties out of the combat zone faster without getting shot down or blown up on the way:

But transporting casualties from the fight to the doctors is only half of the medevac equation. The other half is getting the doctors closer to the fight.

“Equally important,” Milley told the subcommittee, “we want to get the forward surgical teams… as far forward as possible.” 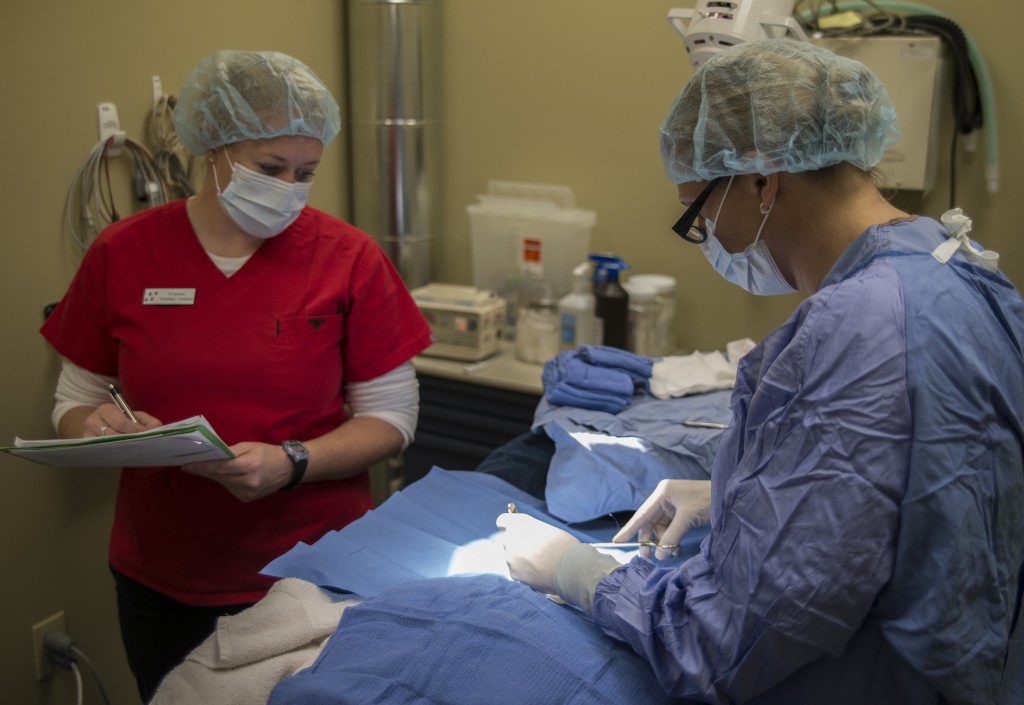 Health care benefits for troops, military retirees, and their families — or, as in this picture, their pets — are an ever-growing cost to the Defense Department. Congress has directed the Pentagon to streamline the system, and the Army wants to put more medical personnel in combat units.

“Today,” Milley explained to me after the hearing, “the medics, the physicians’ assistants, and the doctors, they work on a day to day basis in the MTF [on-base Medical Treatment Facilities], you know, to keep up their skills and stuff.” The base hospitals then loan medical staff to combat units before they deploy, a practice known as the Professional Filler System (PROFIS). The new system will reverse that, Miley said: “On a day to day basis, they’ll be in the tactical units, and then to keep their skills they’re go up to the hospital” as needed.

“It’s called ‘reverse PROFIS,'” Esper added. “The docs and PAs [will be] assigned to the operational units, and they get their repetitions by practicing in [the] MTF.” 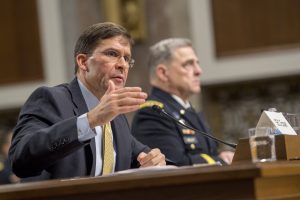 Medical personnel are just one of the key “enablers,” from river-crossing companies to supply trucks, that the Army thinks it’ll need more of, in more units, over a wider area of battlefield than in the past. In future multi-domain operations, Milley told the committee, “it’s highly likely that ground forces will be cut off [and] isolated,” unable to get support from centralized logistical or medical bases in the rear.

Even with more medics at the front, however, more soldiers will be wounded in a future war with Russia or China than in Iraq or Afghanistan, and it will be much harder to get them to safety.

So, Rep. Mario Diaz-Balart asked in the hearing, can we count on evacuating soldiers in the golden hour in future conflicts?

“Probably not,” Milley said bluntly. “Evacuating soldiers in high intensity combat against a potential adversary like the Russians or Chinese or even North Korea — first of all the scale and scope of casualties will be significant, really significant, and the ability to evacuate those casualties within sixty minutes….”

The general looked grim. “We’ll try,” he said, “but I’m not guaranteeing.”