The Magnificent Seven Weapons: ‘Awesome On A Shoestring’ 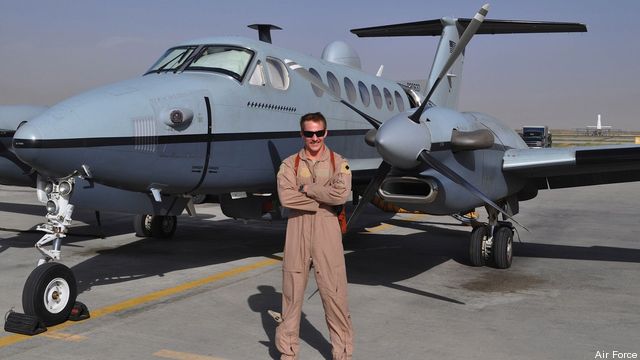 Everyone knows military technology projects take forever and cost billions to produce, right? Just look at the Air Force’s latest fighter jet, the F-22 Raptor. The Raptor’s initial requirement was written in 1981, with the objective of developing an air superiority fighter to counter the Soviet air threat. It was declared operational in December of 2005, 14 years after the USSR collapsed. Better late than never, eh? After spending $65 billion (that’s billion-with-a-b), the Raptor fleet was capped at 187 aircraft, just 28 percent of the 650 originally envisioned.

This isn’t a unique situation. The V-22 Osprey has an almost identical story (requirement published in 1981, first delivery in 2005), except instead of $65 billion the military is projected to spend a mere $55B to acquire as many as 458 Ospreys.

And those are the arguably successful projects, ones which actually delivered stuff, as opposed to projects like the Comanche helicopter ($7 billion, 22 years, zero helicopters) or the Crusader field artillery ($3 billion, seven years, zero guns), which got cancelled before delivering anything at all.

However, weapon development projects don’t always go that way. Despite the aforementioned situations, DoD actually has a strong record of delivering awesome on a shoestring. Let’s take a look, shall we?

The Bazooka
In World War II, the Bazooka went from drawing board to battlefield, in quantities of thousands, in a stunning 30 days. Each weapon cost $19 and put an unprecedented amount of firepower into the hands of allied infantrymen. In fact, a contemporary commentator compared the Bazooka’s effect to the 155mm howitzer, which cost $25,000 each. Gen Eisenhower went even further, listing the Bazooka as “one of the four weapons that won WWII for the allies.” Not bad for $19 each.

OK, that’s all fine and good for a simple infantry weapon, but surely combat aircraft can’t be developed quickly and inexpensively, right? Actually, they can… and (Spoiler Alert!) they have.

P-51 Mustang
The P-51 Mustang was developed and delivered in 117 days. It first flew in 1940, went on to perform over 213,000 combat missions. The Mustang was so good, some’ air forces were still flying them into the early 1980’s. Compare that to the F-22, which has flown exactly zero combat missions during the seven years it has been operational, contributing nothing to the operations in Iraq, Afghanistan and Libya. In fact, Secretary of Defense Robert Gates went so far as to state that the F-22 is “irrelevant to current threats.” In contrast, few aircraft were as relevant to combat as the Mustang. Nazi leader Hermann Göring famously said he knew the war was lost when he saw Mustangs over Berlin. That’s one awesome airplane.

Alright, throwing together a quick and dirty fighter during WWII is one thing, but some technologies are so inherently complex that they’ve got to cost a lot of money and take forever, right? Say, intercontinental ballistic missiles? Surely nukes require enormous investments and take decades to deliver.

ICBMs
Wrong again. Starting in the mid-1950’s, the US developed and delivered three generations of ICBM’s in just 7 years. Specifically, that would be an improved Atlas, the Titan, and the solid-fueled Minuteman. Those ICBM’s weren’t stand-alone technologies – the DoD also had to create a significant supporting infrastructure, including hardened silos, automated command centers, early warning systems. These interdependent projects moved along at an almost embarrassingly fast pace – a pace which incidentally helped keep costs down, because a 7 year program is virtually guaranteed to cost significantly less than a 25 year program.

Well, maybe rapid and inexpensive development was possible during the good old days of World War II and the 1950’s, but today’s technologies and operational demands makes such an approach impossible, right? Um, actually that’s not true either.

Project Liberty
The MC-12 “Project Liberty” program began in April 2008. By November of that year, the $171 million contract was signed and the first aircraft was delivered in March 2009 – just four months into the contract. The spy plane flew its first combat mission three months later, in June 2009, and by December 2009 the full fleet was declared operational.

These eyes-in-the-sky went straight to Iraq and Afghanistan where they have flown thousands of missions, providing full-motion video and Signal Intelligence collection capabilities – a critical resource in an intensely information-dependent battlefield.

Yeah, but the MC-12 doesn’t have a very demanding mission – it just flies around in circles and collects intelligence. How hard could that be, right? Surely there’s no way to deliver a high-performance fighter jet without breaking the bank and taking decades.

F-16 Falcon
Challenge accepted! Turns out, the US Air Force’s F-16 Falcon did just that. It was developed in half the time and for half the cost of its predecessor, the F-15 Eagle. It also happens to be half the size. The Falcon went operational in 1979 and is expected to continue serving until 2030. According to the Air Force’s F-16 Fact Sheet, its maneuverability and combat radius exceed that of all potential threat aircraft. That same fact sheet describes the Falcon as “a low-cost, high-performance” weapon. Apparently that’s not a contradiction in terms after all.

Alright, so maybe airplanes can be developed quickly and inexpensively, but today’s real technology challenges are in computers. There’s probably no way to quickly build a supercomputer on the cheap… right?

Condor Cluster
Wrong again! The Condor Cluster may sound like an unpleasant bit of chocolate from a famous Monty Python sketch, but it is actually the fastest interactive supercomputer in the entire Department of Defense. Clocking in at a blistering 500 teraflops, it was developed by the Air Force Research Lab for $2 million. That’s 5 percent to 10 percent the cost of comparable computing capabilities. The Condor Cluster also uses just one-tenth the electricity of other supercomputers, making it both environmentally friendly and inexpensive to operate.

However, the coolest thing about it is what’s under the hood: 1700 Sony PlayStation 3’s… running Linux. That’s right, the DoD’s super-best supercomputer is made up of video game consoles and an open-source operating system. Condor Cluster, FTW [For The Win]!

Ok, fine, but most of those examples are World War II-era. Even the more recent F-16 was first designed and built in the 70’s. What about recent examples of significant new programs that delivered high-tech gear under-budget and ahead of schedule. Surely that never happens, right? Wrong!

Virginia Class Submarines
True, a brand new Virginia Class boat will set you back about $2 billion, which is a lot of money by any scale. However, the USS New Hampshire (the sixth boat in the series) came in $54 million under budget and eight months early. The USS Mississippi – ninth in the series – was delivered a full year early, and was $60M under budget. And that’s on top of a simplified design approach which already slashed $300 million off the original price of each sub.

So, while you’re never going to find a Virginia Class sub in the bargain bin at your local store, the Navy is clearly doing something right and proving that, even today on extremely high-tech gear, we can constrain costs and come in ahead of schedule.

The point of these seven stories isn’t to deny acquisition problems exist or to engage in gratuitous “aren’t we great?” back-slapping. The fact is, these stories prove new military weapon systems don’t have to cost so much, take so long or be so complicated.

Whether we’re building an infantry weapon, a spy plane, a nuclear missile, a fighter jet, a supercomputer or a nuclear-powered submarine, there’s always a way to quickly deliver high-performance at a low cost. The alternative outcome – overruns, delays, jackassery – is not inevitable and should not be tolerated. That’s something for government officials and concerned citizens alike to keep in mind for our current and future programs.

Lt. Col. Dan Ward, former Air Force Staff head of acquisition innovation, is now Branch Chief in the Air Staff’s Science and Technology Directorate. Ward recently returned from deployment to Kabul, Afghanistan. The views expressed are those of the author and do not reflect the official policies or positions of the U.S. Air Force or the Department of Defense.