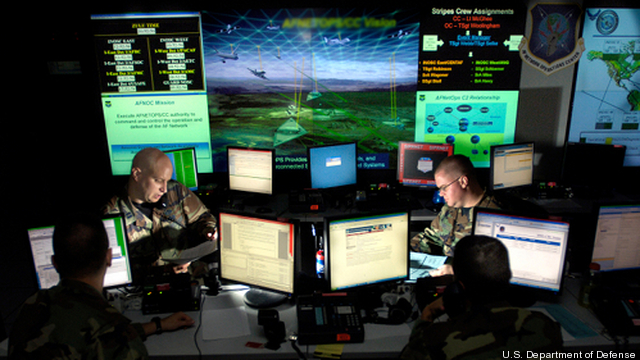 WASHINGTON: The Pentagon is preparing to release its first-ever audit as soon as this week, making it the last federal agency to complete a top-to-bottom scrubbing of its processes, business practices and finances.

The fallout is likely to be messy. While expectations have built over the years that the audit will uncover large savings and pockets of waste, it is more likely to reveal a series of cumbersome and outdated technology systems that gum up the works and expose data to hackers.

“This is going to turn out to be a huge disappointment to people watching DoD,” warns Mark Cancian, a senior adviser at the Center for Strategic and International Studies and former head of defense budgeting at the White House’s Office of Management and Budget. “They’re going to expect billions of dollars in misspent money, but that’s unlikely to materialize. DoD knows exactly where it spends it money.”

Instead, Cancian said, the biggest problems will likely be found in how the DoD houses its data. In the end the audit will likely be more effective at uncovering issues with sharing data and pointing out problems in the IT infrastructure, as opposed to exposing massive waste.

Pentagon comptroller David Norquist hinted at just that recently when he told a business conference that the audit was likely to uncover “a laundry list” of cybersecurity issues.

Some of those issues will lead to some uncomfortable conversations with the defense industry.

Norquist warned the defense industry execs at the Vision Federal Market Forecast Conference, that “if you fielded one of those systems that is vulnerable to cyber intrusions, that is filled with errors in the way it is set up, we need to talk because you’re one of the reasons we’re not passing the audit, and we need you to fix it.”

The push to fix those issues jibes with a new effort by the Pentagon to identify suspect software and get defense contractors to work more closely with the military to fix outdated or leaky systems.

The DoD is working on a “Do Not Buy” list of software vendors who may have been compromised by foreign governments, Ellen Lord, undersecretary of defense for acquisition and sustainment, has said that her office is trying to put rules in place to protect against buying “software that has Russian or Chinese provenance, for instance, and quite often that’s difficult to tell at first glance because of holding companies.”

The Pentagon has also kicked off a separate program to integrate counter-espionage practices within its contracting processes.

The Pentagon’s deputy secretary for intelligence, Kari Bingen, told the House Armed Services Committee that the Pentagon’s acquisition system can no longer be concerned only with cost, schedule and performance. “We must establish security as a fourth pillar in defense acquisition,” she said, while making security “a major factor in competitiveness for U.S. government business.”

But this is all just the start of a long process. “The first time any organization goes through an audit there will be a number of discrepancies that will need to be fixed,” Cancian said. “They’ll find IT assets that don’t talk to one another, data that is insufficiently reliable, so that will likely be something of an embarrassment.”

The team brought in by Defense Secretary James Mattis has prioritized not only the Mattis-crafted buzzword that now bounces around the Pentagon on a daily basis  — lethality — but is also carrying out deep reforms of calcified business practices and processes that keep people shuffling papers instead of making the US armed forces more deadly.

The hope of finding big savings hasn’t died however, even if changes in the Pentagon leadership may have placed it on life support.

Finding pots of missing money was the job of the Pentagon’s first-ever chief management officer, John Gibson, who resigned Friday just eight months after taking the job. Part of his writ was to identify up to $50 billion worth of savings over five years — an ambitious goal laid out by Mattis when he took up his position in early 2017. It’s not clear if that is possible and past efforts to find “efficiencies” have never lived up to the claims of their patrons.

The Wall Street Journal reported in September that Gibson was being relieved of his duties by Mattis for “lack of performance” as many of the hoped-for savings failed to materialize. Gibson wraps up his duty at the end of November. He will be replaced by Lisa Hershman, deputy chief management officer, who will serve in an acting capacity.

Gibson said earlier this year that his goal was to find $6 billion in savings in 2019, with the remainder to come in the ensuing years, but it is unclear whether that goal was reached.

Gibson’s resignation adds to a growing list of Pentagon civilians who have stepped down over the past month, leaving before the halfway point of the Trump administration. Late last month, assistant secretary for international security affairs Robert Karem left his Senate-confirmed post to take a job with Senate Majority Leader Mitch McConnell. Karem was confirmed in May last year.