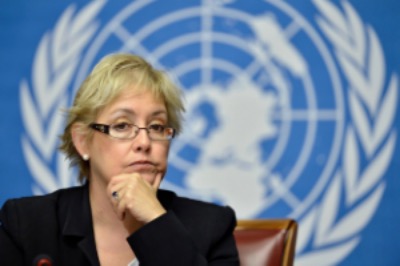 Some 21 years ago I started work at Defense News, working for their brand new editor.

Today, the redoubtable Theresa Hitchens, space pundit, NATO and nuclear war expert, former UN diplomat, and my longtime colleague joins Breaking Defense to report on space. Theresa will add the rest of Air Force under her wing over the course of this year. And, of course, with her knowledge of NATO and Europe’s diplomats we’re looking forward to broadening our coverage on those fronts.

She spent the past two decades practicing punditry: working as a researcher, writer and opinion-leader on space and cyber security, multilateral governance, arms control and international security issues. She’s leaving a post as senior research associate at the University of Maryland’s Center for International and Security Studies at Maryland. Before that she spent six years in Geneva as director of the United Nations Institute for Disarmament Research (UNIDIR).

Theresa was my editor and a reporter at Defense News and the Inside Washington stable of industry newsletters.

Her most recent publications include an essay in the upcoming book: Winning Westeros: How Game of Thrones Explains Modern Military Conflict titled “The Red Wedding: The Power of Norms”; and the CISSM study “Forwarding Multilateral Space Governance: Next Steps for the International Community.” She’s a self-described sci-fi geek, a voracious reader, an enthusiastic cook, a dabbler in poetry and the proud Mom of a wonderful young man by the name of Nicholas.

Theresa Hitchens: Air Warfare and Space and a soupcon of European defense

We will also be adding columnists to cover other aspects of networks and Artificial Intelligence as these areas continue to grow and evolve.