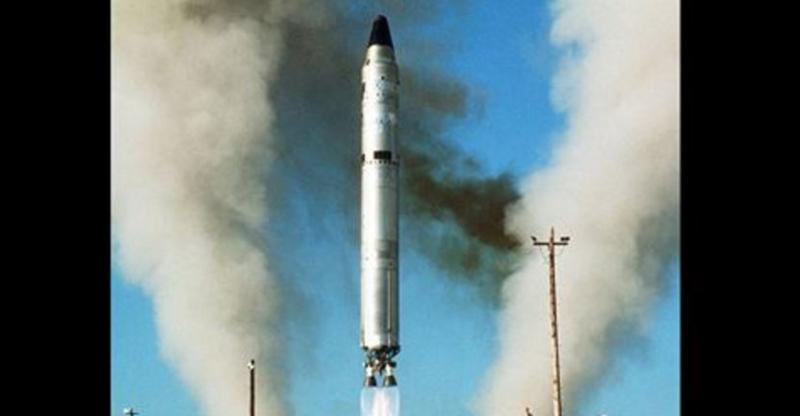 WASHINGTON: The Trump Administration’s plans for new nuclear arms reduction talks with Russia and China have elicited puzzlement, praise and condemnation from former administration nuclear officials and experts. If nothing else, the reactions reflect the (seemingly chronic) problem of mixed messages emanating from the White House on critical national security policy issues.

The Obama-negotiated New START treaty, which expires in 2021, limits Russia and the US each to no more than 1,550 deployed strategic warheads and 700 deployed strategic delivery vehicles (meaning ICBMs, submarines and bombers). If New Start is allowed to expire, it will be the first time in five decades that there has been no treaty governing the nuclear balance between Moscow and Washington. Up to now, the Trump Administration has been delaying a decision about whether to renew the treaty for the next five years (doing so requires only mutual agreement by both sides). Instead, administration officials have said that they are studying the question in light of new geo-strategic realities, including Russian moves to develop a number of what Joseph and Edelman call “novel weapons” such as nuclear armed underwater drones.

Revisiting “the fundamental flaws of New START” that the former Bush officials both testified to back in 2010 (and that administration critics now recite as talking points), they opined in yesterday’s National Review: “That we must move beyond the tired nostrums of Cold War arms control to address today’s dangerous nuclear environment should surprise no one.”

Conversely, one senior Obama-era official involved in nuclear weapons policy told me that the most likely explanation for what seems to be a White House 180 on arms control is that the new talks plan is “nefarious” – aimed at putting a stake through New START and thus ending all nuclear arms control efforts.

Likewise, former Obama arms control guru Tom Countryman told me that he agrees with the analysis published today by Daryl Kimball, executive director of the Arms Control Association (and where he serves as board chairman), that the White House is being disingenuous.

Noting that Trump himself has previously vowed to “win” in a nuclear arms race with Russia and China, Kimball argues that the administration’s positions up to now “strongly suggest that this new grand-deal gambit does not represent a serious attempt to halt and reverse a global arms race. It is more likely that Trump and Bolton are scheming to walk away from New START by setting conditions they know to be too difficult to achieve.”

Another arms control expert expressed bafflement: “I’m not getting what the point is,” noting that Russia was bound to bring up controls on missile defense that Congress will never accept and that China has no interest in nuclear arms control given its strategy that relies on a small arsenal capable of a second strike.

As first reported in the Washington Post last Thursday, Trump personally has instructed his aides to probe Russian and Chinese officials about their willingness to enter a new, three-way nuclear arms control bargain. Trump’s rationale? To save money now planned for what one might call a nuclear modernization race among the Great Powers. Given that Trump has on a number of other occasions obsessed about the cost of the national defense budget, his concern about the more than $30 billion his administration intends to spend in fiscal year 2020 alone on nuclear modernization may well be genuine.

But Trump has shown little interest in nuclear arms control up to now. Back in February 2017, he called New START “a bad deal.” In February 2019 he announced US withdrawal from the Russia-US Intermediate Nuclear Forces treaty that banned ground-launched nuclear and conventional ballistic and cruise missiles with a range between 500 and 5,500 kilometers, citing Russian non-compliance.

White House nuclear policy is being led by National Security Adviser John Bolton. Bolton is famously allergic to arms control; indeed his anathema regarding all kinds of international treaties is well documented from his previous stint at the United Nations during the second Bush Administration. For example, Bolton in 2010 called New START “unilateral disarmament.”

The Trump Administration’s 2018 Nuclear Posture Review (NPR) further made a case for development of a submarine-launched low yield nuclear weapon. The Energy Department subsequently in January 2019 began to produce a lower-yield variant of the current primary submarine-launched W76-1 known as the W76-2 (believed to have a yield of some five to seven kilotons vice 100 kilotons for the original). The aim of the new weapon, according to the NPR, is to dissuade Russia from thinking it can use its own tactical nukes to threaten Europe.

The administration’s 2020 budget request includes $14 billion for DoD to recapitalize the Ground Based Strategic Deterrent ($570 million), the B-21 Bomber ($3 billion), and the Long-Range Stand Off Weapon ($712 million). It also includes $2.2 billion for the Columbia class submarine, and puts $2.5 billion toward improved Nuclear Command, Control and Communications (NC3) capabilities. The DoE budget includes $16.5 billion for nuclear warhead and facilities modernization.

Russia has reacted with cautious optimism about the Trump plans. “Such statements can be only welcomed,” Russian Deputy Foreign Minister Sergei Ryabkov said Friday, according to state-run Tass news agency. Ryabkov went on to list the topics Moscow long has been insisting should be considered in strategic negotiations with Washington, including US missile defense, possible deployment of weapons in space, advanced conventional capabilities, and the emergence of cyber weapons. For each of those issues, the US traditionally has been less than interested in bilateral treaty limits.

China traditionally has rejected any contention that it should join in nuclear arms control talks, given its tiny arsenal of only about 300 warheads. Beijing’s position is that when Russia and the US reduce their arsenals to a similar size, it would be willing to discuss an agreement. There is no indication that this position has changed, or that Beijing would be any more ready now to discuss nuclear arms control with the US – especially given Trump’s rough treatment of bilateral trade issues.

One might excuse arms control experts for suffering from a bit of whiplash. Meanwhile, the clock is ticking on New START extension. If arms control is the White House goal, then it is fair to ask why not simply extend that treaty — and seek to follow it with the expanded dialogues now being proposed? Even if that would be a baby step toward the end goal now being proposed, it would be a step forward as opposed to a step back.