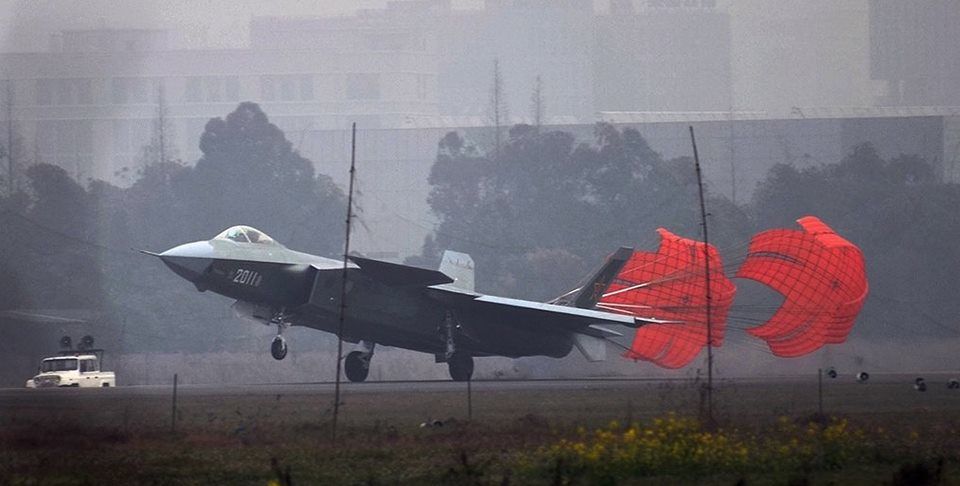 WASHINGTON: The People’s Liberation Army has practiced jamming GPS signals, according to a Pentagon report today. The Chinese are testing those and other electronic warfare weapons and they have “proven effective.”

China plans to launch 100 satellites through 2015, including “imaging, remote sensing, navigation, communication, and scientific satellites, as well as manned spacecraft,” says a special section headlined  “Special Topic: Reconnaissance Satellites” in the annual Pentagon report to Congress about China’s military capabilities and intentions. (Note: that includes manned spacecraft and most of the satellites mentioned are weather, agriculture and related satellites — not advanced spy satellites.)

In another “special section,” this one about low observable technology, the Pentagon report lists weapons “demonstrated” last year:

“In February 2013, the PLA Navy launched the first ship in the new Type 056 class of corvettes, which incorporates stealth features making it more difficult to detect using radar. Although these ships can fulfill a variety of missions, they increase the PLA Navy’s ability to impose a naval blockade on Taiwan.

“After four years in development, in November 2013, the PLA flight tested its new stealth drone, the Lijian, which a Chinese news source described as ‘highly maneuverable and capable in air-to- air combat.’

“In July the PLA, which has long used camouflage, introduced a new type of camouflage netting that has multiple layers of special paints, digital camouflage, and the ability to counter detection from infrared, thermal imaging and radar reconnaissance sensors.

“Throughout 2013, the PLA Air Force continued testing its two fifth-generation stealth fighters—the J-20 and the J-31.”

The “multi-role J-20” probably won’t enter service until 2018, the report says, pointing to the continuing problems the Peoples Republic of China has faced developing “hot section technology” — the heart of advanced military aircraft engines. Why is the PLA building as many models of advanced stealth fighter as is the US? “The PLA Air Force believes that stealth provides an offensive operational advantage that denies an adversary the time to mobilize and conduct defensive operations,” according to the report.

Note to Taiwan: the PRC “might begin construction” its first-ever amphibious assault ship, the Type 081-class “within the next five years.” And “China will probably build multiple aircraft carriers over the next 15 years.”

Put all this together and what do you have, in the Pentagon’s formal and public estimation?

“Current trends in China’s weapons production will enable the PLA to conduct a range of military operations in Asia well beyond China’s traditional territorial claims. Key systems that either have been deployed or are in development include ballistic missiles (including anti-ship variants), anti-ship and land-attack cruise missiles, nuclear submarines, modern surface ships, and an aircraft carrier,” the report says. But expansion is not China’s goal. Its military modernization program is designed to improve the country’s ability “to fight and win short- duration, high-intensity regional contingencies.” Taking Taiwan and preventing the United States from coming to the island-state’s aid remains the “focus and primary driver of China’s military investment.”

We won’t dwell on the well-reported and growing frictions between China and its neighbors over the last year. Instead, let’s look at what the Chinese are building, as documented in the report.

As part of its impressive, and largely civilian-focused, space enterprise, the Chinese “successfully launched its first ‘Kuaizhou’ (‘quick vessel’) space launch vehicle (SLV), which is designed to launch a small satellite of the same name quickly into a low-Earth orbit to support ‘natural disaster monitoring.'” This sounds a great deal like efforts by the Air Force, Army and US intelligence community over the last seven years to lower launch costs and to make it possible to launch smaller satellites into space much more quickly than previously (known as Operationally Responsive Space).

The report even notes a Chinese “responsive space launch vehicle dubbed the Long March 11 (LM-11). The LM-11 will provide China with ‘a vehicle to rapidly enter space and meet the emergency launching demand in case of disasters and contingencies,’ and could be launched as early as 2014 and no later than 2016. In parallel, China is developing a multi-dimensional program to improve its capabilities to limit or prevent the use of space-based assets by adversaries during times of crisis or conflict.” The last sentence sounds a great deal like Air Force Space Command’s efforts to do what it calls disaggregation, the capability of having more satellite targets for an enemy to aim at and to provide some redundancy in case of attack.

China, which long called itself “The Middle Kingdom,” generally eschewed trying to conquer other countries as long as its borders remained sacrosanct. Chinese navies were focused on trade and on securing the littoral. But there are signs the Chinese leadership has concluded that it must build power projection weapons to guarantee its trading and shipping rights, as well to protect supplies of energy and other relatively scarce commodities. And, dare one say it, to show those pushy Americans, Japanese, Vietnamese, Filipinos, Malaysians, South Koreans and just about every other country bordering them that China has the right to act in its interests when and as it chooses.

For example, China deployed its first “armed infantry unit to a UN peacekeeping operation” in 2012 to Southern Sudan as part of a UN mission. South Sudan, of course, is home to Chinese-financed oil fields. This “guard unit,” as Chinese media described it, provides security for PLA engineering and medical personnel in the UN Mission in the Republic of South Sudan (UNMISS). And late last year, in a more intriguing move, China sent almost 400 uniformed personnel to Mali as part of the Multidimensional Integrated Stabilization Mission in Mali (MINUSMA).

The Chinese executed  MANEUVER-5 exercise in the Philippine Sea, which the report calls “the largest PLAN open-ocean exercise seen to date.”

The Chinese air force, the report claims, “is pursuing modernization on a scale unprecedented in its history and is rapidly closing the gap with Western air forces across a broad spectrum of capabilities including aircraft, command and control (C2), jammers, electronic warfare (EW), and data links.”

In September 2013, the report says “a probable Chinese UAV was noted for the first time conducting reconnaissance over the East China Sea.” And China “unveiled” four UAV programs, “three of which are designed to carry weapons: the Xianglong (Soaring Dragon); Yilong (Pterodactyl); Sky Saber; and Lijian, China’s first stealthy flying wing UAV, for which China announced its first maiden flight on November 21, 2013.”

A “large transport aircraft” called the “Y-20 made its maiden flight” in January last year, another interesting act for a country not focused on hegemony (yes, I picked the word very carefully).

The report comes to a similar conclusion:

“Despite China’s desire to project the image of a benign developing country, its efforts to defend ‘national sovereignty and territorial integrity,’ underpinned by growing economic strength and military capabilities, have been manifest in more forceful rhetoric and confrontational behavior in recent years.” It then ticks off a few other examples:

“China’s use of punitive trade policies as an instrument of coercion; and China’s actions to pressure Vietnam and the Philippines in the South China Sea and Japan in the East China Sea. Official [Chinese] statements and media during these situations seek to frame China as reacting to threats to its national interests or provocations by outside actors.”

Finally, here is my favorite summary of a Chinese military leader in the report (and yet another sign of how much the Chinese mirror-image us):

“General Armament Department Director Zhang Youxia is responsible for overseeing the military’s weapons development and space program. Nicknamed ‘General Patton‘ [emphasis added], he has rare experience as a combat commander during China’s brief conflict with Vietnam in 1979. Zhang formerly commanded the Shenyang Military Region, which shares a border with North Korea and Russia. Zhang is one of China’s military “princelings.” His father, a well-known military figure in China, served with Xi Jinping’s father in the 1940s.”