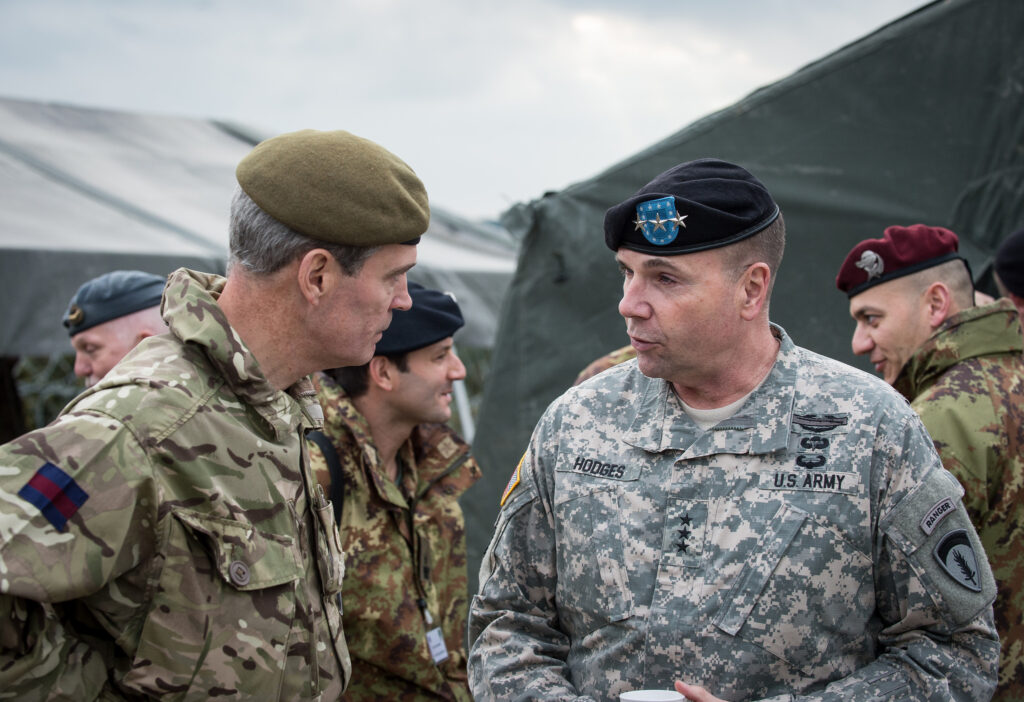 Lt. Gen. Ben Hodges talks to a British general during a NATO exercise.

RESTON, VA: US command and control networks take too long to link to allies and respond to Russia’s rapid-fire aggression. In Ukraine, “we’ve had at least two, maybe three of these cycles [already, where] they’ll back off, and there’ll be a long kind of quiet period, and then they’ll spike back up,” Lt. Gen. Ben Hodges the Army’s top commander in Europe tells me. The Russians could re-escalate quickly in Ukraine — or anywhere along an arc from the Arctic to the Baltic to the Black Sea.

That requires the US to respond with a degree of rapidity, flexibility, and intimate cooperation with allies that exceeds anything required in the Cold War, or even in Afghanistan or Iraq, Hodges says. Young US Army soldiers and officers are rising magnificently to that challenge in 51 Atlantic Resolve exercises with allies this year, he said. Their information technology? Not so much.

“This is about speed, to give our political leaders options,” Hodges told me in a recent interview. If the Russians move, “things are going to happen fast,” he said. “We’re not going to have six months to get ready…and then deploy into Latvia. It’s going to be come as you are, plug and play.”

“Right now we do not have, universally, any of those three,” Hodges said. Some of the key decisions are well above a three-star general’s paygrade, he added: “There’s policy decisions to be made [and decisions] in the acquisition process.” For example, Harris makes a “great radio” that both the US and many allies use, he said, but export rules require the company put a different kind of encryption on radios sold abroad, making them incompatible with American ones.

“We’re not talking about the White House or the Chairman of the Joint Chiefs. We’re talking about company commanders being able to talk,” he said. “Why can we not have the same radio?”

US forces face a laborious process to set up their own systems — let alone what it takes to get different nations’ networks working together. It took years to set up alliance networks customized for Afghanistan and for Iraq. Units had months to prepare for their deployments and arrived at well-established bases. That infrastructure and that prep time won’t exist in an Eastern European crisis, which means the networks need to be interoperable from the start.

“A lot of people use the i-word, but we haven’t made some hard choices that will get us truly interoperable,” Hodges said. “We can’t get over certain hurdles yet until we fix those interoperability things.”

For now, said Hodges, the alliance works around technological shortfalls with human labor. An American field commander will send one of his people, with a set of his communications gear, as a liaison to the allies’ headquarters, and vice versa.

This is clumsy. First of all, it’s hard to spare the extra personnel, especially when you’re talking about small US forces operating far from their parent unit. Second, every message has to go from the US commander to the liaison to a translator and then, finally, to the allied commander, who must pass his reply back through the same game of telephone. Compared to just transmitting data, there are many more opportunities for potentially fatal errors, for example by transposing the coordinates of an artillery strike.

“Call for fire, calling in medevac, making sure everybody knows where everybody’s at… it just makes a lot more challenging,” Hodges said. “People get killed, people get hurt, or you fail the mission.” 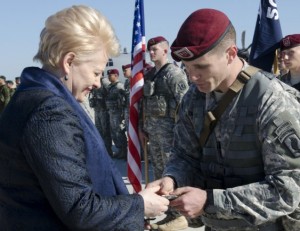 The Kids Are All Right

The humans under Gen. Hodges’ command are adapting much more rapidly than the machines, he said.

“When I was a captain, I’d never met an ambassador, never had an interview with anything other than the post newspaper, and I’d certainly never served under a foreign officer,” he said. “That’s routine now for our captains.”

On many deployments, in fact, a young captain is the most senior US officer in an entire country. Hodges said. “The minister of defense or prime minister or the chief of defense, they knew that captain by his first name,” he said, “because they’re living in host-nation barracks and they’re training with those host nation forces.”

Even more junior officers must show independence and initiative, he added: “It’s not uncommon for a logistics convoy to go over 1,000 kilometers led by a lieutenant.”

That puts too many junior officers in too many places at too great a distance from their superiors for Army generals to fall into their old bad habits of micromanagement. “It’d be impossible,” said Hodges.

While his headquarters sets priorities, “most of the really good stuff that’s happening in Europe is being figured out at the major and lieutenant colonel level,” Hodges told me. “This is what mission command is all about. The actual good things that are happening are being developed way, way, way below me, because those guys are turned loose.”

“What we’re doing in Europe is a wonderful leadership lab,” Hodges said, to teach the concepts of decentralized operations, adaptability, and bottom-up initiative enshrined in the 2014 Army Operating Concept. In the Cold War, junior officers needed to know how to operate their own units in combat as part of a larger US Army formation. In Iraq and Afghanistan, they needed to work on security, reconstruction, and intelligence with local auxiliary forces, informants, and leaders of uncertain reliability, but at least the Americans were nominally in charge. In Eastern Europe today, junior officers need to provide geo-political reassurance to foreign cabinets — and to operate as subordinates to foreign commanders.

” I have put trust in our noncommissioned officers and young officers,” said Hodges. That includes allowing them to drink while deployed– something famously banned in Afghanistan and Iraq by General Order No. 1.

“I expect the leaders to understand that’s a privilege and if they were to have alcohol-related incidents… that would undermine the mission,” he said. “When you think of the thousands of soldiers who have cycled through all these places, the paucity of incidents [is such that] I’m very proud, very pleased, and I think it’s paid off.”

Reassuring allies and building relationships requires social interaction, Hodges said, not just constant training. At appropriate times and places, he said, they ought to be able to have a drink with their hosts and foreign comrades. 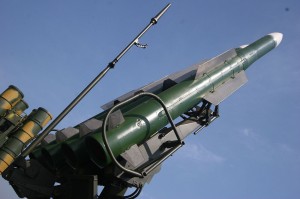 If The Russians Come

“The infrastructure is in place east of the Donbass [eastern Ukraine] for a very rapid, large buildup,” Hodges said. While the Russians have pulled out their combat units, “moving the battalions in and out is the easy part,” he said. “It’s the command and control networks, the air defense, the engineering, those are the things that take time,” he said, and those parts are done: “All the infrastructure is in place.”

And the Donbass is just one place among many where the Russians might lash out. “Ukraine is only a symptom of what’s going on,” Hodges said. “Russia believes that they’re entitled to a sphere where they can dictate what countries do.”

That sphere encompasses new bases in the Arctic, a new base in Belarus, Russian advisors and weapons in separatist-held Ukraine, and Russian regulars on territories claimed by both Moldova (Transnistria) and Georgia (Abkhazia and South Ossetia). A Russian official even made a nuclear threat against little Denmark. Former territories of the Russian Empire — Finland, Poland, the Baltic States — are particularly worried. As Hodges put it, “if you’ve had your nation disappear off the map because of Russia, I think you’re entitled to a little bit of concern of it happening again.”

It’s particularly important to get a deterrent force in place before the Russians slam the door on reinforcements. Anti-aircraft and anti-ship missiles based on Russian or Russian-occupied soil can already range well into NATO airspace and waters. If a shooting war were in the offing, Hodges said, “the investments the Russians have made in Kaliningrad and Crimea in access denial would make it very, very risky and costly to try to bring capabilities up into the Baltic Sea and the Black Sea.”

“In order to deter a situation where they might decide to deny access, launch a snap exercise, and Little Green Men [Russian special forces] start appearing in Latvia, for example, or they start to seal off the gap [of Polish and Lithuanian territory] between Kaliningrad and Belarus, we’ve got to be there [already],” Hodges said. “We’ve got to be training with our allies, improving interoperability, and we’ve got to be able to move quickly [to] provide a deterrent option before it grows into a crisis.”