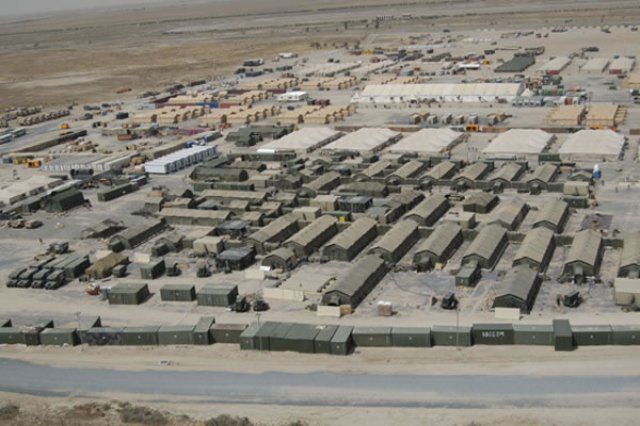 The Army may cache a Combat Support Hospital, like this one, in Cambodia.

HUNTSVILLE, ALA: The Army plans to stockpile equipment in Vietnam, Cambodia, and other Pacific countries yet unnamed that will allow US forces to deploy there more rapidly, because key supplies and gear will already be in place. The new caches will be well inside what China considers its sphere of influence.

Army Materiel Command chief Gen. Dennis Via emphasized they will contain equipment for Humanitarian and Disaster Relief operations (HADR), not heavy armored vehicles that fill the rapidly growing European Activity Set. Still, the presence of an American Army cache in Vietnam would be dramatic. Americans best remember our defeat there 42 years ago, but Vietnam has fought a land war and multiple naval clashes with China. Beijing will not be pleased.

During the Cold War, the US contained Russia and China — “encircled” them, from the Communists’ point of view — with large forces forward-stationed at permanent bases on allied territory around the world. Today, such permanent US presence is politically unpalatable, both to the American public and the publics of many otherwise friendly foreign nations. (Our bases in Korea and Japan often inspire local resentment). So American units are mostly US-based and deploy temporarily abroad. 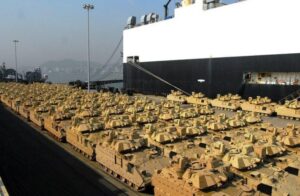 Army M2 Bradley armored vehicles being shipped to a stockpile in South Korea.

If need be, though, these temporary tours can become practically permanent presence by rotating a new unit in as soon as the previous one leaves, which is the current practice with brigade combat teams in both Korea and Europe. Such back-to-back rotations require heavy logistical support on the ground, but even occasional small deployments go a lot easier with supplies and equipment already in position.

The Army has two categories of such equipment, which have different diplomatic implications. “Army prepositioned stocks are go-to-war equipment,” Via said, with five sets on land around the world and two mobile on ships. But, he told reporters here at the Association of the US Army winter conference that what’s planned for the Pacific, as well as potential stockpiles in Africa and South America, are “activity sets” tailored to lower-intensity missions such as multinational training exercises and relief operations.

“Throughout the Pacific Rim, these will be humanitarian assistance/disaster relief-type equipment and material, so that when you have typhoons and other types of natural disaster” — such as the 2004 tsunami — “US Army Pacific Command can respond more quickly,” Via said. “We are looking, for example, at in Cambodia placing a combat support hospital.”

Cambodia, incidentally, has been trying to shake its international image as a Chinese client state.

The equipment caches will be customized for local conditions, perhaps by including boats to deal with the logistics of the watery Pacific theater. It will generally be “light” equipment, Via said. 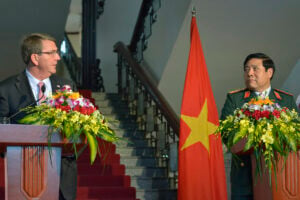 Defense Secretary Carter with his Vietnamese counterpart in Hanoi in 2015

The logistical infrastructure the Army’s establishing in the Pacific is much more modest, for now. And it’s worth noting that the US has conducted low-key exercises across the region for a long time, including with China itself. But as China’s neighbors become more nervous about Beijing’s aggressive behavior, each country that accepts American stockpiles is sending a political signal.