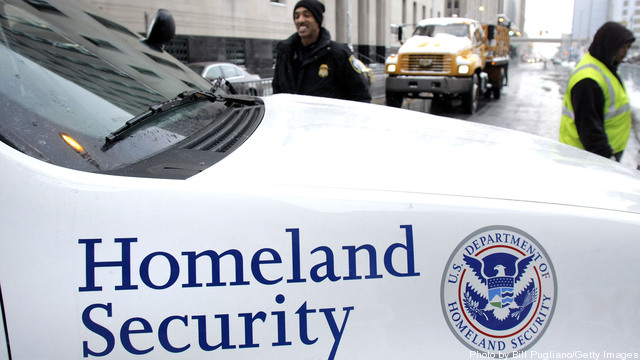 There’s an old trope in intelligence circles that defenders have to be right all the time, while the terrorists only need to get lucky once to execute a successful attack. The knowledge that no one is right all the time makes most counterterrorism experts cautiously pessimistic about the likelihood of another successful terrorist attack on the U.S. homeland.

The fact that terrorists have succeeded in a series of recent terrorist attacks overseas that the intelligence community failed to detect, however, suggests that something other than luck is at play. Increasingly, senior U.S. intelligence officials believe that a blind spot has been identified in U.S. defenses by ascendant Al Qaeda-linked terrorist groups. If these experts are right, then the risk of another major attack on the U.S. homeland has increased significantly.

“Imagine if the United States was under attack by a wave of warplanes that we had on our radar, and then those planes turned off their transponders and suddenly became invisible to us. That’s the analogy I would use to explain what is happening with terrorist plots,” General Keith Alexander, the former director of the National Security Agency, said in an interview. He cites statistics released by the State Department earlier this year showing that the numbers of terrorist attacks and resultant deaths worldwide spiked nearly 40 percent between 2012 and 2013. “Believe me, those terrorists didn’t just decide one day to give the United States and Europe a pass. They are still trying to kill us. Only now, thanks in large part to Edward Snowden revealing our intelligence collection techniques and procedures, the terrorists know better how to get around our defenses.”

One of the first indications of that intelligence blind spot was a massacre last year by the Al Qaeda-linked terrorist group al-Shabab in Somalia. Though unfamiliar to most Americans, al-Shabab has been the subject of a “hard stare” by the U.S. intelligence and counterterrorism community in recent years, a campaign that includes regular U.S. surveillance flights over Somalia, both manned and unmanned, as well as occasional lethal strikes on al-Shabab leaders by U.S. Predator drones and Special Operations Forces. So granular was the U.S. picture of al-Shabab operations that ISR (Intelligence, Surveillance and Reconnaissance) experts in U.S. Africa Command boasted of knowing the number of militants in a given area by counting the fires in their campsites.

Yet last September an al-Shabab terrorist cell attacked the upscale Westgate shopping mall in Nairobi, Kenya, killing more than 67 civilians and wounding more than 175 others – and U.S. intelligence experts had no warning. No warning, either, of an al-Shabab attack on a Kenyan coastal town just last month that killed at least 48 civilians.

“I was asked by a Kenyan official why U.S. intelligence didn’t warn them of these attacks, and the answer is because we didn’t see them coming,” said Alexander. “The fact that there were two major terrorist attacks by the same group that we didn’t see coming tells me and a lot of other people in the intelligence community that something is fundamentally not right. Revealing to adversaries how they can avoid our scrutiny by disclosing the details of our intelligence collection methods will have a serious impact. If I am right, the US and our allies will certainly pay a price for those revelations.”

Just in recent weeks, the Obama administration has requested tighter security at overseas airports with U.S.-bound flights because intelligence indicated that al-Qaeda is developing an improved bomb that can fool airport security scans. The master bomb-makers of Al Qaeda in the Arabian Peninsula, who are reportedly behind the heightened alert, have already attempted to use an “underwear bomb” on an overseas flight over Detroit on Christmas Day 2009 , as well as bombs hidden in printer cartridges on cargo planes headed to the U.S. Recent intelligence suggests that those Yemeni bomb-makers have now joined with Islamic extremist groups that have captured large swaths of territory in Syria and attracted thousands of foreign fighters to the conflict there, , a development that U.S. Attorney General Eric Holder told ABC News was “more frightening than anything I think I’ve seen as attorney general.”

Last week Holder travelled to Europe to raise the alarm about the more than 7,000 foreign fighters who have flocked to Syria to fight under the black banner of Islamic extremist groups there. (The largest, which originated as Al-Qaeda in Iraq but long since splintered off, is known variously as the Islamic State; ISIS, the Islamic State in Iraq & Syria; and ISIL, the Islamic State in Iraq & the Levant, a term that includes Lebanon). U.S. intelligence estimates that roughly 1,500 of those militants hold European passports, meaning they can travel easily in the West without visas or extra scrutiny. Dozens are believed to be Americans, including a 22-year-old from Florida who became one of the few American suicide bombers in an operation in late May.

“The Syrian conflict has turned that region into a cradle of violent extremism,” said Holder in a speech in Oslo, Norway. “But the world cannot simply sit back and let it become a training ground from which our nationals can return and launch attacks.”

The growing number of Western jihadists is just the latest evidence that the years-old Syrian civil war has become an incubator for Islamic extremist groups, much like the prolonged Afghan civil war in the 1990s gave rise to the original Al Qaeda and its ally the Taliban. Counterterrorism experts have not forgotten that after the Arab militants who fought in Afghanistan as mujahidin returned home, they formed terrorist cells and launched numerous attacks against their own countries. Another of the primary lessons of Afghanistan in the 1990s was that if Islamic extremist groups control territory and enjoy sanctuary for training and plotting, the number and sophistication of their terrorist plots rises exponentially.

Because it is fueled by sectarian tensions along Islam’s 1,300-year-old Sunni-Shiite divide, and it is taking place at the center of a region roiled by upheavals following the Arab Spring rebellions, the Syrian civil war increasing resembles 1990s Afghanistan, only on steroids. It has already spawned the Islamic State, arguably the most well-financed and powerful Islamic extremist group in modern history. Islamic State militants control territory in Syria, from which they launched last month’s offensive juggernaut that rapidly captured nearly all the Sunni regions of Iraq, bringing that country to the brink of disintegration.

Arguably no one in the U.S. government knows Islamic State leadership and capabilities better than Lt. General Mike Flynn, director of the Defense Intelligence Agency. As the former intelligence chief for Joint Special Operations Command (JSOC) task force in Iraq, he helped interrogate and put many of those leaders in prison. Among the militant commanders who have either escaped in daring prison breaks or have been released from prison is IS’s charismatic leader, Abu Bakr al-Baghdadi.

“They have gotten smarter from applying the lessons learned from fighting us, in many cases they are better armed and funded than in the past, and they are more sophisticated in knowing how to target and control weak governments and societies in the Muslim world through fear and intimidation,” said Flynn in an interview. “I actually think al-Qaida is becoming more dangerous as it decentralizes, and through its franchises it has a bigger footprint today than on September 11, 2001.”

As each Al Qaeda affiliate has gained strength and sustenance from controlling ungoverned spaces in the Middle East and Africa, they have continued talking to each to share trade craft and support. Many are also in communication with Al Qaeda leader Ayman al-Zawahiri, who is presumably in Pakistan. Over the past year, for instance, Zawahiri attempted to mediate a dispute between al-Nusra and ISIL/ISIS in Syria. Islamic extremists in Libya passed weapons to Algeria-based Al Qaeda in the Islamic Maghreb (AQIM), sparking an offensive that captured large swaths of Mali last year. U.S. Delta Force commandoes nabbed Al Qaeda operative  Nazih Abdul-Hamad al-Ruqai, aka Anas al-Libi, in Libya last year because intelligence indicated he was establishing a terrorist cell there at the behest of Zawahiri and his lieutenants. Letters found in Osama bin Laden’s compound reportedly indicate that he was in communication with the leaders of the terrorist group Boko Haram, which is terrifying the populace of Nigeria with recent massacres of civilians and mass kidnappings of children. The current heightened threat-level at airports was at least partly prompted by intelligence indicating a bomb-maker from Yemeni-based Al Qaeda in the Arabian Peninsula had traveled to Syria to consult with members of the al-Nusra Front.

If Al Qaeda’s Zawahiri or ISIL’s Bagdahdi were ever able to unite these disparate affiliates under a single banner and strategy, today’s al-Qaida would be tantalizingly close to bin Laden’s vision of a global Islamic insurgency intent on waging endless war not only regionally, but against its chief protagonist, the U.S.-led Western alliance.

“If the growing number of al-Qaida affiliates become more coherent and cohesive as a group, then we will have a very big problem on our hands,” said Flynn. “They are not there yet. But knowing what I do about this enemy and its evolution over the last 10 years, as I look forward to the next 10 or 20 years, I see this threat being with us for a very, very long time.”

Adding to the intelligence challenge is the fact that Al Qaeda’s resurgence has been fueled in large part by a new generation of Islamic extremists, many of them veterans of the Arab Spring uprisings, who are extremely sophisticated in their use of social media for propaganda, recruitment and especially communication. The Islamic State shock troops that captured nearly a third of Iraq in a matter of days used Twitter as a battlefield communication platform, for instance, in an offensive that resembled blitzkrieg by flash mob.

“You know, they all fly in a swarm. There’s no leader there. There’s nobody who says, ‘Yeah, we have a map and we have to go this way,’” Dutch intelligence chief Rob Bertholee recently told CBS News. “But, amazingly, they all go the same way.”

According to recent interviews with a number of top U.S. intelligence officials, those technologically advanced Islamic extremists have carefully studied the blueprint on U.S. signals intelligence collection provided by former NSA contractor Edward Snowden, who is now seeking asylum in Russia. Not surprisingly, they have found ways to short-circuit that electronic dragnet.

“Given the Snowden revelations and the lack of responsibility on the part of the media in reporting them, we’re already seeing a marked change in terms of terrorist trade craft,” said a senior Obama administration counterterrorism official, who insisted on speaking on background. Increasingly terrorists targets under close surveillance, U.S. intelligence officials say, have simply dropped off the electronic grid. “Combine a much more savvy generation of terrorists in terms of communications skills with these revelations about our collection methods, and I do worry that we have been blinded to terrorist plots.”

As a number of ascendant terrorist groups jockey for primacy, U.S. intelligence experts also fear they will compete for legitimacy by launching spectacular attacks on the West, the coin of the realm when Islamic extremists compete for followers and funds. Given the number of European jihadists now fighting in Syria and their proximity to the continent, the first blow may well fall in Europe, but no one can be sure. What the U.S. and Western intelligence agencies share is a vague foreboding that they are about to be blindsided.