US Missile Warning Sats Fair Game If No New START? 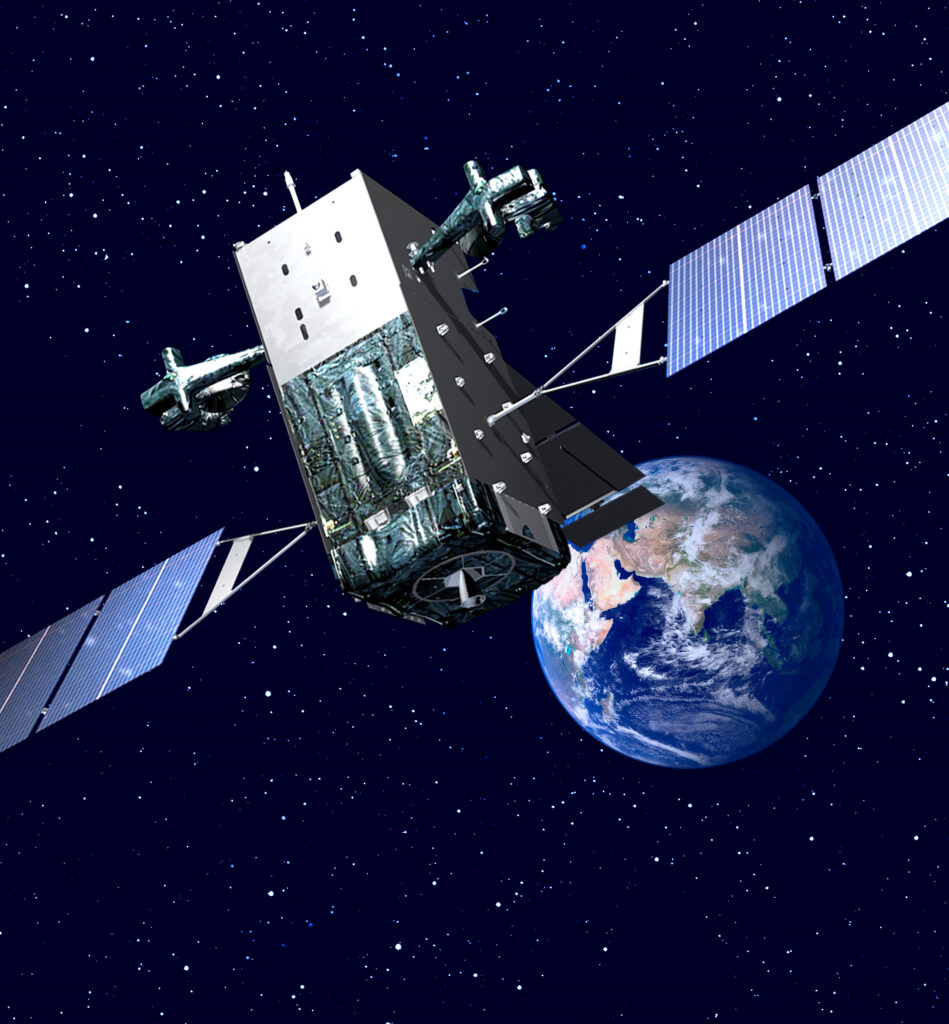 US SBIRS missile warning sats could be jammed or spoofed by Russia once New START expires.

WASHINGTON: After nearly 50 years, the mutual US-Russian ban on interfering with early warning and reconnaissance satellites — fondly known as National Technical Means — will disappear if the Trump Administration abandons (as is likely) the bilateral New START treaty.

Besides capping nuclear force levels, the New START treaty — like every other bilateral nuclear arms control treaty dating back to the early 1970s — includes a prohibition on interference with “national technical means of verification” known as NTMs.

New START expires in February 2021, and the Trump Administration is leaning against extending it for five years in favor of pursuing a highly unlikely trilateral deal that would include China. The administration also intends in August to withdraw from the only other extant nuclear arms treaty that includes this provision, the 1987 Intermediate-Range Nuclear Forces (INF) Treat, over violations by Russia.

“With the end of New START, there is no longer going to be any prohibition on interference with NTMs … for the first time in 50 years,” Gleason, a former Air Force officer now at the Aerospace Corporation’s Center for Space Policy and Strategy, told a conference cosponsored by Aerospace and the George Washington University’s Space Policy Institute on Monday.

This could lead to a “changed strategic context for the national security space community,” he said, in which satellites linked to the nuclear kill chain are legitimized as targets for interference, which in turn would increase the likelihood of “misunderstanding, misperception and miscalculation” and erodes strategic stability as well as stability in space.

While neither New START nor  the past nuclear arms control treaties (or their negotiating records) clearly define NTMs, Washington and Moscow have tacitly included in that definition pretty much all satellites — although most specifically for the US, the Air Force’s aging Defense Support Program (DSP) satellites that detect missile launches as well as the follow-on Space-Based Infrared System (SBIRS) satellites, the Department of Energy nuclear detection (NUDET) payloads on Global Positioning System (GPS) satellites, and other reconnaissance satellites, such as the Orion/Mentor signals intelligence satellites, operated by the National Reconnaissance Office (NRO). 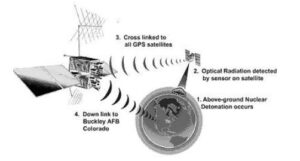 “Since neither Russia nor the US wanted to specify which satellites were engaged in verifying compliance with arms control treaties, both extended the ban on non-interference to the entire national space constellation of the other,” Gleason explained. “In addition,” he said, “the term interference has never been defined but is generally assumed to include jamming, dazzling and other types of interference.”

At least two other international treaties signed by the US have provisions relating to non-interference with satellites: the 1967 Outer Space Treaty (OST) and the International Telecommunication Union (ITU) Constitution and Convention. The OST does not provide a hard ban on interference with satellites, although it is implied (via Article 9). The ITU treaty, under the Radio Regulations governing use of radio frequency by satellites, does contain a prohibition on “harmful interference” with satellite operations, and goes further to set up a dispute resolution mechanism for dealing with cases of interference deliberate or not. However, neither treaty directly mentions NTMs.

But despite these treaties, the US is already seeing an increase in interference with its satellites by Russia, especially with GPS satellites, according to a number of recent studies including the Defense Intelligence Agency’s (DIA) January 2019 “Challenges to Security in Space.”

A study on the counterspace capabilities of Russia, China, the US and several other countries by the independent Secure World Foundation (SWF) further noted that the Finland and Norway have accused Russia of jamming GPS signals during a November 2018 NATO exercise in the region. The SWF report said: In November 2018, there were media reports of widespread jamming of civil GPS signals in Norway and Finland at the same time as a major North Atlantic Treaty Organization (NATO) exercise. The jamming reportedly affected military systems as well as civilian airliners, cars, trucks, ships, and smartphones. In March 2019 the Norwegian government claimed they had proof that the disruption was caused by Russian interference and demanded an explanation. (Russia, of course, denied that it had anything to do with the problem.)

So, one might ask what real world affect might the demise of the NTM noninterference agreement have? The difference is that up to now, Russia (and China) have avoided jamming or spoofing missile warning satellites and those directly linked to nuclear operations.

Gleason argues that a key concern for the national security space community is that the US may face destabilizing Russian interference with NTMs “while demand for strategic intelligence on Russian strategic nuclear forces from space-based NTMs goes up significantly” because, in the absence of New START, there will no longer be requirements for Russia to share data about its nuclear activities, allow on-site inspections by US officials of nuclear weapons and materials production facilities, and refrain from concealing nuclear testing activities and facilities. Thus, he said, “US confidence in its understanding of Russian nuclear forces may erode over time.”

Indeed, a March 2019 study by the Center for Naval Analyses (CNA), “Nuclear Arms Control Without A Treaty: Risks and Options after New START,” made similar findings:

“Without New START’s cooperative transparency practices, the US intelligence community would likely devote more resources to monitoring Russian strategic nuclear forces but have less insight and less confidence in its analytical judgements. The United States would face an opportunity cost of diverting scarce national technical means (NTM), such as satellites, and technical analysts from other missions. Russian defense officials would also navigate increased uncertainty and lose the ability to confirm that the United States has not reversed its New START reductions. Neither country would have the same degree of confidence in its ability to assess the other’s precise warhead levels. Worst-case scenario planning is also more likely as a result. Over the longer term, both countries are likely to face greater uncertainty about each other’s strategic nuclear forces and operations.”

Further, some historians argue that the then-Soviet Union, despite the success of Sputnik and President Dwight Eisenhower’s political machinations, did not actually accept that spy satellite overflights of their territory were legitimate until the 1972 negotiations of the NTM clause in the SALT I nuclear arms control treaty and the concomitant Anti-Ballistic Missile Treaty. So the question is whether Russia might, in a post New START world, reanimate its old stance.

More worrying, however, is the specter of Russian and Chinese interference with nuclear command and control satellites and/or early warning satellites in a crisis being interpreted by US leadership — or vice versa — as a harbinger of nuclear attack. 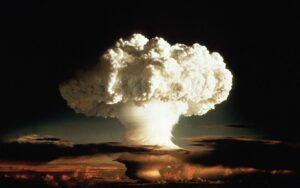 Interference with satellites in the nuclear kill chain could lead to conflict escalation and nuclear war, experts argue.

According to a 2017 study by James Miller and Richard Fontaine of the Center for a New American Security, the increasing integration of counterspace technologies (as well as cyber offenses) into US and Russian arsenals is creating “new escalatory risks and threatening to erode strategic stability between the two nations. Because of the extensive dependence on information technology within both nations’ militaries, and likely perceptions of lower risk for the use of “non-kinetic” nonlethal attacks, there are growing incentives on both sides for early use of cyber capabilities in particular and, potentially in coming years, counter-space ones as well. These and other technologies also are impacting the stability of the strategic nuclear balance.”

Some nuclear experts argue that Russia would have no incentive to target US early warning or other nuclear-related satellites because Moscow understands that would cross the line and likely to a US nuclear response. That may be true, at least for the generation of Russian leaders that have grown up with the legacy of bilateral nuclear arms control treaties.

However, China has never really acknowledged the prohibition on interference with NTM as something that applies to Beijing’s activities; moreover, according to the DIA, “PLA writings suggest that reconnaissance, communications, navigation, and early warning satellites could be among the targets of attacks designed to “blind and deafen the enemy.”