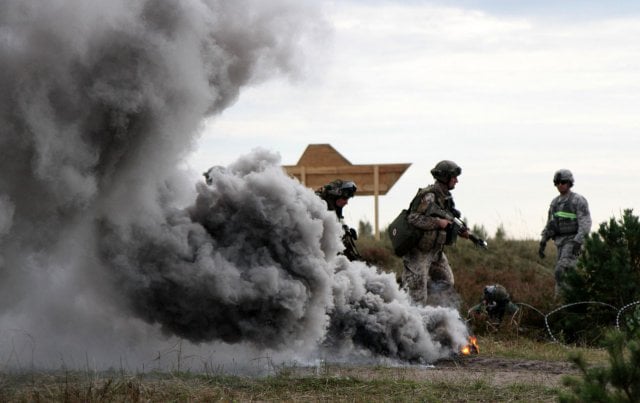 WASHINGTON: NATO would be dangerously slow to respond to a crisis scenario in the Baltics, warns a new report on a closed-doors wargame. That raises the unsettling possibility that in a Crimean-style land grab, Russia could simply seize what it wants before the US and its allies react. Compared to Vladimir Putin’s nimble mix of propaganda, cyber warfare, deniable proxies, and increasingly well-drilled regular forces, both NATO combat forces and decision-making processes are unwieldy and out of practice.

US forces, meanwhile, are mostly too far away. Because units based in the US would take too long to deploy in time of danger, the report urges the return of US forces to Europe. Specifically, the authors call for adding two armored brigades with M1 tanks and M2 Bradleys, maritime patrol aircraft like the P-8, attack submarines like the Virginia class, and fighter aircraft like the stealthy F-35A. 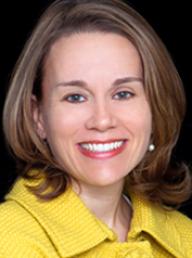 “At this point, we only have a company” — less than 200 soldiers — “in each of the three Baltic States,” said report co-author Julianne Smith, a former White House and Pentagon official. “The feeling among US analysts and in the Baltic States is that’s not enough to serve as a deterrent.”

The authors worry particularly about Sweden‘s Gotland Island, strategically located in the heart of the Baltic Sea — and utterly ungarrisoned. Since Sweden is not a member of NATO, moreover, an attack on Gotland would not trigger the alliance’s mutual defense clause, Article 5. As a result, the report warns, in the event of a crisis, the Russians might be tempted to grab Gotland. Russian anti-ship and anti-aircraft missiles on the island could then shut down the Baltic Sea to NATO reinforcements, what’s known as an “anti-access/area denial” (A2/AD) approach.

In addition to deploying via the Baltic, NATO needs to move reinforcements long distances over land. That isn’t simple.

“We have not exercised moving land forces across the European continent for decades,” said Smith. “The atrophy is off the charts.” All the logistical details of railroad networks, bridge load-bearing capacity, and so on must be relearned so we can “signal to the Russians we can move quickly.” 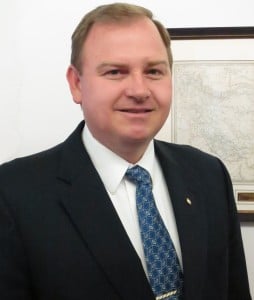 That’s not the only institutional reform required, said co-author Jerry Hendrix, a retired Navy captain. After the Cold War, NATO grew larger, straining its consensus-based decision-making. After bitter experiences in Yugoslavia and Afghanistan, NATO has also grown more cautious. That means both processes and mindsets err on the side of going slow. SACEUR needs to be freed from “administrative burdens” that slow him down and given more authority to control combat forces, Hendrix said.

Finally, the streamlined NATO command system needs more forces to command — forces that are ready to go in a hurry. Unfortunately, the new Very High Readiness Joint Task Force (VJTF) remains a grab-bag of units donated by and based in different European nations, with little training in how to come together quickly in a crisis. VJTF is too slow to nip a crisis in the bud, too small to stop a crisis that has escalated, the report warned. Smith and Hendrix recommend better training and readiness for the Europeans, as well as the creation of new, smaller and nimbler joint task forces to complement the VJTF.

I caught up with Smith and Hendrix as they waited for their flight to Europe, where they’ll brief high-ranking officials in NATO, the European Union, and the Baltics on the results of the wargame. Nearly 50 high-level participants from both sides of the Atlantic — including both current and former officials — dedicated two days in February to the exercise, run by the Center for a New American Security. In the game, players representing the US and Baltics tried to move quickly, but the team representing the rest of NATO didn’t keep up.

“Despite this,” the report concludes, “the two days that the group spent together were also encouraging in many ways. The seriousness with which current and former officials participated in the exercise and some of the bold ideas put forward in a simulated series of crises were nothing short of extraordinary.” Commitment and clear thinking are an essential foundation — but the hard part is still putting them in practice.