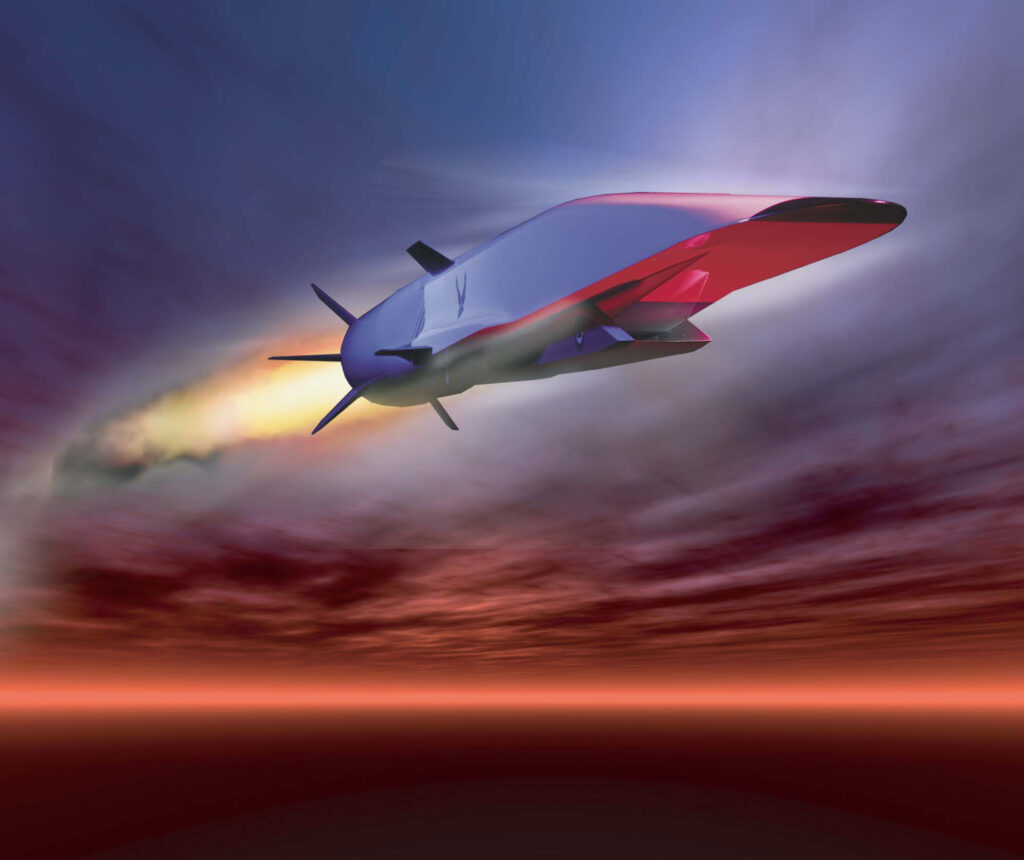 The X-51A Waverider, powered by Pratt Whitney Rocketdyne SJY61 scramjet engine, is designed to ride on its own shockwave and accelerate to about Mach 6

Two Pentagon officials and a sitting member of Congress teamed up to eviscerate the Pentagon’s acquisition bureaucracy on Tuesday, by turns promising change and asking for help in tossing aside the layers of red tape and culture of caution that have made buying weapons a decades-long odyssey.

“What I want to cut out is layers of bureaucratic decision making where way too many people think what they have to say matters,” Dr. Michael Griffin, head of the Pentagon’s research and engineering office, told the House Armed Services Committee. “Too many people think they have a right to an opinion” when it comes to testing new technologies, he added. He assured lawmakers that he’s not trying to slash and burn his way through the system, but that decisions need to be made quickly, and then only by a handful of people qualified and empowered to make them.

Since taking over in February, Griffin has consistently expressed his concern that time is running out on the era of unquestioned U.S. military dominance. He’s not going out on a limb — the Trump administration’s two national security and national defense strategy papers released this year have recognized the huge advances made by China and Russia in eroding American superiority in the air, as well as missile defense, unmanned systems, and technology development.

The culprits for this creeping parity are legion. While many point to 17 years of grinding counterinsurgency fights that have sucked up money and focused innovation on specific technologies not suited for great power competition, Griffin prefers to point to a culture within the Pentagon’s acquisition corps that is more afraid of failure than of winning.

In a recent meeting with Defense Secretary James Mattis, Griffin said, he told him that “we can either retain our national [military] preeminence, or we can retain our processes, but we cannot have both. We have to thin out our processes like weeds in your favorite garden.”

Griffin may have an ally in chairman of the House Armed Services Committee Rep. Mac Thornberry (R-Tx.) who unveiled a proposal Tuesday to gut several Pentagon support agencies by 25 percent, and proposing seven be shuttered entirely. Thornberry said the savings would total more than $25 billion which could be reinvested in modernization efforts.

The so-called “fourth estate” agencies, which employ 200,000 civilian personnel and 600,000 contractors, are riddled with redundancies, Thornberry said in a press conference unveiling his proposal. The bill would “reduce the overhead to put more resources at the tip of the spear.” 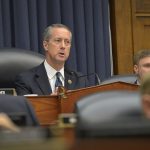 The idea will likely face a tough fight from other members of Congress whose districts would lose out on billions in work. But Thornberry went ahead and proposed completely eliminating seven agencies, “whose functions are more efficiently replicated elsewhere” in the Pentagon:

The plan, if adopted, wouldn’t be enacted until 2021, but might be difficult to push through in what is already shaping up to be a wild congressional mid-term election season.

Those potential troubles were underscored Wednesday, when the HASC’s top Democrat, Adam Smith of Washington, said he has “serious concerns about the impact [the legislation] would have on the mission of the Department of Defense. It appears this proposal could do serious damage to DOD’s information infrastructure, testing ranges, and community support, as well as the basic DOD functions in the National Capital Region by eliminating critical agencies in one stroke.”

During the HASC hearing, Eric Schmidt, chairman of the Defense Innovation Board and former chief of Google and Alphabet, appeared on board with changing the Pentagon’s bureaucracy. “If you want to have room for innovation you’re going to have to stop doing some things,” he said, adding that the Pentagon and Congress will need to figure out how to double down on artificial intelligence and hypersonics and what will have to move aside in the budget for those programs to get more money, and more focus.

With a learner bureaucracy, Griffin said, it would be easier to appoint people in positions of authority who aren’t afraid the break things with testing and assessing new technologies.

Since coming into office, Griffin has said that developing defensive and offensive hypersonic weapons is his biggest priority. “We have lost our technical advantage in hypersonics,” Vice Chairman of the Joint Chiefs Gen. Paul Selva said earlier this year, but “we haven’t lost the hypersonics fight.”

Testifying before the Senate Armed Services Committee last month, Pacific Command head Adm. Harry Harris similarly warned that “if the U.S. does not keep pace,” with China’s advances in hypersonic weapons and artificial intelligence, his command “will struggle to compete with the People’s Liberation Army on future battlefields.”

The Air Force is working with DARPA to develop its Tactical Boost Glide weapon, but won’t have a prototype until about 2022, officials have said. That’s not good enough for the current pace, said Griffin. “We need to emphasise development pace….I want it tomorrow.”

He also laid out some ambitious goals for laser technology that have also been festering in the Pentagon’s research and engineering budgets.

He said he would like to see 100 kw laser on a Stryker within a decade, a 700 kw laser on an Air Force tanker so it can defend itself, and “a megawatt device” in space to protect against enemy strategic missiles. “These things are within our grasp…help me get it,” he asked the committee members.

Griffin’s schedule outstrips the one being followed the Army, which only just tested a 5 kw laser on a Stryker under strictly controlled circumstances in March, and has set a goal of five years just to assess the possibility of putting a 50 kw laser into its short-range air defense program.

The Army is also working on a larger truck-mounted laser — less mobile but more powerful — in the 100 kW range. The Army has said it will be test-fired in 2022.