What Will a Sixth Generation Fighter Look Like? No One Knows, Says ACC Commander 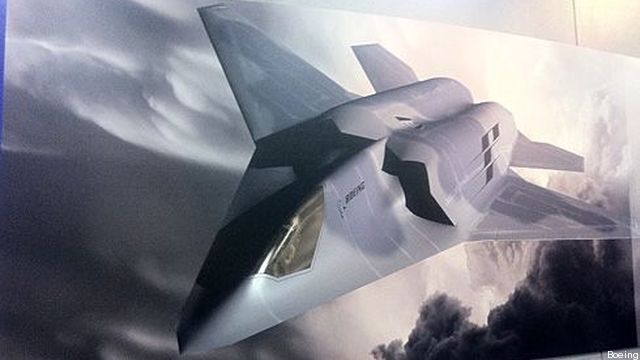 WASHINGTON: We aren’t quite finished developing and producing our fifth generation aircraft, the F-22 and F-35 stealth fighters, but their time is already running out, the head of Air Combat Command said today. And work has not really begun on a sixth generation aircraft.

Gen. Mike Hostage, the ACC commander, told an audience of more than 300 at the Center for International and Strategic Studies, that America’s fifth generation aircraft were projected to maintain their superiority through 2030. Since the Marines’ version of the F-35 won’t achieve Initial Operating Capability until 2015, and the contract for the plane was awarded in 2001, this would seem to raise the question: can we build a sixth generation in time to deploy it roughly around the time fifth generation fighters’ superiority wanes?

Hostage said there shouldn’t be a worry at the current rate at which the U.S. is buying F-35s although it takes “so dang long” to buy advanced fighter aircraft.

Fifth generation fighters are generally agreed to be stealthy and supersonic, to possess advanced radar, and use highly integrated avionics. So far, Hostage told reporters after his talk, no one really knows what capability or mix of same will mark a sixth generation plane. “We are looking at technologies that hold promise that could define sixth gen but we don’t know what it is yet,” he told us.

For reasons that shouldn’t be hard to understand Hostage was reluctant to discuss specific technologies – notwithstanding good-natured prodding by my colleague Army Butler — but he did outline the general ideas guiding the Air Force: “I don’t think it will one big radical thing. I think it will be a combination of really interesting combination of technologies that produce a game-changing capability.” He did say that Long Range Strike, the family of weapons that will include the country’s Next Generation Bomber, “may well have sixth generation capabilities” but would not be a sixth generation system.

The Navy has bruited the concept of the F/A-XX, an advanced aircraft to replace the F/A-18. As we’ve previously reported, Lockheed Martin has submitted an all-new, advanced, “sixth-generation” design. Given Hostage’s comments, perhaps it’s not really a sixth-gen aircraft. Or perhaps, as often happens with such efforts, smoke is being blown to obfuscate our true intentions and thus keep potential enemies and rivals off guard.