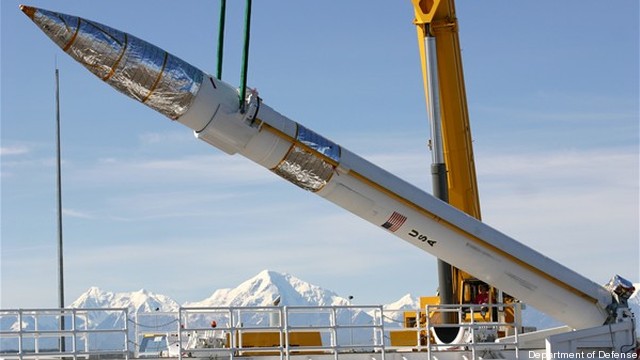 WASHINGTON: For the second time in as many years, the White House is asking the Pentagon to put a price tag on the Obama administration’s European missile shield program.

The Office of Management and Budget first asked the Pentagon wrap up a comprehensive cost estimate for the missile shield program back in December 2009. The department now has until January to come up with a spending plan for the program, according to the OMB memo approving the Pentagon’s budget request for 2013. The program, dubbed the European Phased Adaptive Approach, is a network of sea and land-based missile launchers stationed in Europe. The program’s main mission is to counter long-range missile threats from Iran.

When the department failed to meet its 2009 deadline, the administration officials decided to do most of the work for them. OMB sent over their own cost estimates for the program to the Pentagon earlier this year. Those figures were intended to “assist the department in its efforts to develop an EPAA cost estimate and cost estimates for any future PAAs,” according to the OMB memo. And what did OMB get for their efforts? Radio silence. No preliminary estimates from the Pentagon. No requests for additional time to evaluate OMB’s numbers. Nothing. “DoD has yet to provide an EPAA cost estimate” the White House says.

While overshooting deadlines is nothing new inside the Pentagon, the department’s foot dragging does put the White House in a tough spot. The administration wants to begin deploying Navy destroyers armed with AEGIS missile systems to Europe this year as part of the plan. The White House wants all land and sea elements of the missile shield in place by 2020. Doubts are already beginning to surface on whether the administration can get the program up and running within the timelines it has set. The lack of an EPAA cost estimate hasn’t stopped the Pentagon from buying what it needs to get the program going.

The Missile Defense Agency yesterday awarded a $184 million deal to continue development of the SM-3 Block IB missile. That missile will be the primary weapon for the European missile shield. The SM-3 came under fire on Capitol Hill earlier this year. Critics questioned whether the weapon’s estimated $1.7 billion price tag was worth it. Those same critics wondered aloud whether the EPAA program would be better served with a modified version of current missile systems already in the U.S. arsenal. An August report by the Defense Science Board ended up validating the need for the SM-3 program and kept the weapon off the budget chopping block.