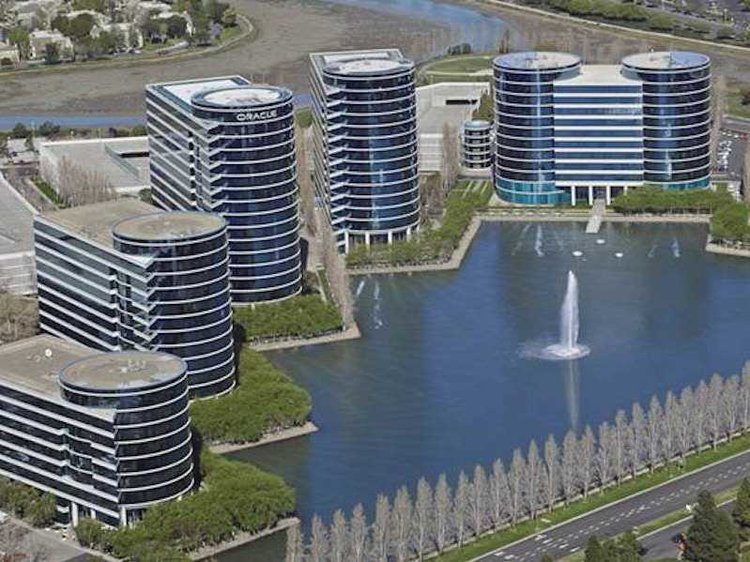 WASHINGTON: A federal judge rejected Oracle’s arguments that it was improperly excluded from the Pentagon’s $10 billion JEDI cloud computing competition, denying Oracle’s lawsuit against the Pentagon.

The ruling vindicates the father of the Joint Enterprise Defense Infrastructure plan, former Defense Digital Service director Chris Lynch, and clears the way for a final showdown between Amazon Web Services and Microsoft Azure. Oracle has not said whether or not it might appeal.

[Click here for our in-depth analysis of the JEDI debate]

Judge Eric Bruggink ruled on two key grounds — technical requirements and conflict of interest — but he was silent on a third: whether the Pentagon’s plan to award the JEDI contract to a single vendor is fundamentally flawed.

071219 JEDI Ruling by BreakingDefense on Scribd

First, the judge says Oracle had conceded that, at the time it submitted its JEDI proposal, the company could not meet one key requirement — one of seven mandatory “Gate Criteria.” Specifically, Oracle didn’t have enough data centers in enough widely separated locations to keep the cloud service operating in case of a massive disaster. As the official solicitation puts it under Sub-Factor 1.2, a qualified bidder must show its “data centers are sufficiently dispersed and can continue supporting the same level of DoD usage in the case of catastrophic data center loss”; other documents strongly imply that one of the catastrophes JEDI must endure is a limited nuclear strike.

That’s not the kind of thing most commercial customers think about — but it’s entirely relevant to a system that will provide intelligence data to combat units worldwide, all the way down to foot troops carrying backpack mini-servers. Since the judge found this requirement to be reasonable, and since failing any of the seven Gate Criteria would disqualify the entire bid, he ruled it doesn’t matter whether or not Oracle was treated unfairly on any other grounds. It would have lost regardless.

“Because the court finds that Gate Criteria 1.2 is enforceable, and Oracle concedes that it could not meet that criteria at the time of proposal submission, we conclude that it cannot demonstrate prejudice as a result of other possible errors in the procurement process,” Bruggink wrote in his preliminary ruling this morning.

Second, Bruggink rejected Oracle’s claim that the selection process was biased against Oracle by Defense Department employees with ties to presumptive favorite Amazon Web Services. New revelations about one official in particular, Deap Uhbi, had delayed the trial so the Pentagon’s Inspector General could investigate the matter. The IG ultimately ruled Uhbi and others had not improperly influenced the competition.

Interestingly, however, Bruggink doesn’t refer to the IG investigation, only to an earlier investigation by the JEDI contracting team itself: “We conclude as well that the contracting officer’s findings that an organizational conflict of interest does not exist and that individual conflicts of interest did not impact the procurement were not arbitrary, capricious, an abuse of discretion, or otherwise not in accordance with law.” That implies he doesn’t think the late-breaking evidence is relevant.

A third area where Bruggink was silent — as our colleagues at FedScoop were the first to point out — is whether the Pentagon has the right to award the entire JEDI contract to a single vendor. Congress had earlier required multiple awards on this class of contract, to ensure competition. But the law left the Defense Department the right to waive that requirement in certain cases, which it did on JEDI. Some prominent lawmakers felt the Pentagon had abused the privilege, arguing that leading businesses now routinely rely on multiple cloud providers.

JEDI defenders retorted that it will not replace all of the Defense Department’s current 500-plus cloud contracts, leaving plenty of room for other providers where appropriate. Even Oracle’s own bland statement this morning acknowledges those other opportunities: “We look forward to working with the Department of Defense, the Intelligence Community, and other public sector agencies to deploy modern, secure hyperscale cloud solutions that meet their needs.”

How many cloud providers JEDI actually requires is the kind of technical and operational question where federal judges are loathe to second-guess executive branch experts. If an agency says “we need this to work this way,” it’s a steeply uphill battle to convince a judge to rule “no, you don’t.” So while Bruggink’s silence on this matter is worth noting, it probably reflects his reluctance to say anything about it if he didn’t have to.

Congress, however, need not show deference to the Defense Department.