Posted by Theresa Hitchens on August 1, 2019 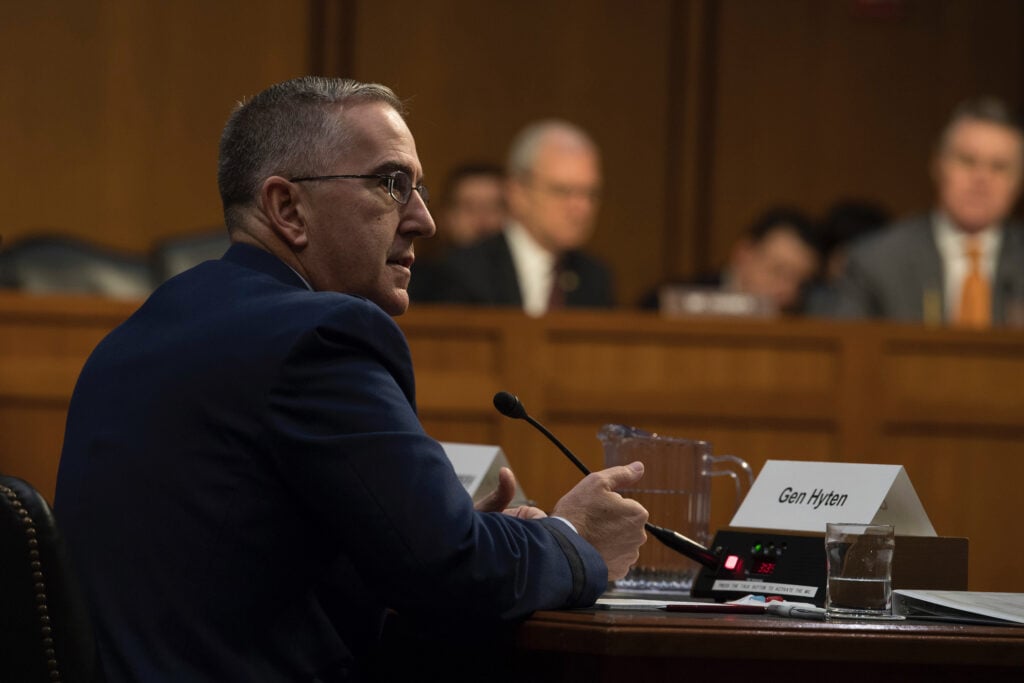 Gen. John Hyten at STRATCOM will be replaced if he is confirmed as VCJCS?

OMAHA: President Donald Trump has not yet been given a shortlist of potential replacements for Gen. John Hyten as commander of Strategic Command (STRATCOM), but well-placed guesses are starting to bubble to the surface — including, somewhat surprisingly, an Air Force officer.

Hyten is expected to be confirmed as Vice Chairman of the Joint Chiefs of Staff by the Senate after winning approval (20 to 7) of the Armed Services Committee yesterday.

Besides the most obvious candidate — Vice Adm. David Kriete, deputy head of STRATCOM — at least one other Air Force officer is among the educated guesses: Gen. Timothy Ray. Ray, a bomber pilot, has served as the commander of Air Force Global Strike Command since August 2018.

But wait. Isn’t it the Navy’s turn to get this prized command? Traditionally, the Navy — the other service which controls nuclear weapons — gets the job after the Air Force, and so on. The only time this changed was in 2004, when Defense Secretary Donald Rumsfeld nominated a Marine, Gen. James Cartwright, as part of his effort to reform the military.

But insiders here at the annual STRATCOM deterrence symposium say the Navy is struggling to fill its high-level positions. The presumptive Chief of Naval Operations (CNO) Vice Adm. Mike Gilday — whose confirmation hearing before the Senate Armed Services Committee took place on July 31 — was nominated last month over his four-star colleagues after the surprise July 6 resignation of Adm. Bill Moran. Moran stepped away from the CNO job for which he had been nominated after losing the confidence of Navy Secretary Richard Spencer over conversations with another officer who had been ousted for inappropriate conduct.

The Navy now has eight four-stars in its ranks — a number that will stay steady should Gilday be confirmed and get his fourth star, and current CNO John Richardson steps down. The Air Force, by contrast, has 13 four-star generals.

Further, some of that smaller field of Navy four-stars are relatively new in their current roles. Adm. John Aquilino took over the Pacific Fleet only last year. Adm. Robert Burke has served as vice chief of naval operations only since June 10. And Adm. James Foggo, whose name had surfaced as a possible CNO nominee before the selection of Gilday, has been commander of US Naval Forces Europe and Africa since 2017. Thus, military officials and outside experts say, the Navy may decide to take a pass at STRATCOM lead. 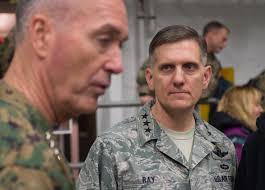 Among the potential Navy nominees, one expert said to keep an eye on Adm. James Caldwell, director of the Naval Nuclear Propulsion Program. This is despite the fact that Caldwell got in hot water earlier this year for overstepping his legal bounds in the process of investigating the former commanding officer of the USS Fitzgerald, Bryce Benson. The Fitzgerald collided with a Philippine container ship in 2017, killing seven sailors. Caldwell has been at his current position since 2015, and thus may be ripe for a promotion, the expert said.

However, it is very early in the game. Hyten has not yet been confirmed by the full Senate and it is unclear when that vote will be scheduled. This is in part due to the allegations of sexual assault against him by his former subordinate Army Col. Kathryn Spletstoser. Spletstoser expressed her desire after SASC approved Hyten’s nomination for her to testify publicly so, “the rest of the Senate hears the facts of the case.”