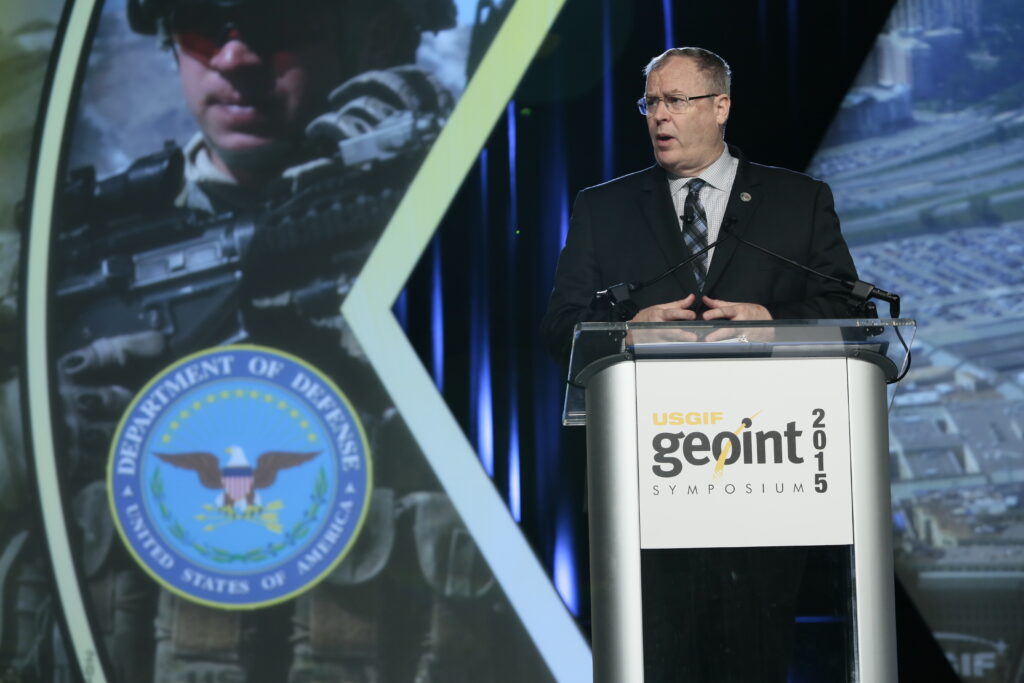 GEOINT: For the first time, all the nation’s spy satellites and the military’s satellites will be tracked from a single   location, allowing the two communities to develop tactics, techniques and procedures together, Deputy Defense Secretary Bob Work said here today.

“But the thing we need most is a space operations center, and we are intent on setting up a joint interagency and combined space operations in which both the IC and DoD sit,” he told a standing-room only audience at the GEOINT conference. Work said this center is his “highest priority,” presumably in the space realm. A spokesman for Work clarified that this would not be the lead operations center for American satellites but a backup, part of the pentagon’s urgent development of space resilience in the face of the growing threats from Russia and Chinese space weapons.

Work said the new center would be operational within six months, which means it must have been in development for some time. One well informed former senior Pentagon official said Air Force Gen. John Hyten, head of Air Force Space Command, was tasked with developing the center in coordination with the National Reconnaisance Office (NRO), which builds and operates the nation’s spy satellites.

“The Department is committed to creating space resiliency. As such, we are working closely with the Intelligence Community (IC) to establish a back-up to the Joint Space Operations Center that is located at Vandenberg Air Force Base in California.  Details on the back-up continue to be worked,” Work’s spokeswoman Lt. Cmdr. Courtney Hillson said in an email.

“We know that our nation’s space architecture faces increasing threats. It’s important that the DoD and the IC work together to address those threats and better integrate space capabilities. Together, we will think through innovative approaches to space control – which includes a back-up to JSPOC – to ensure we can respond in an integrated and coordinated fashion.” 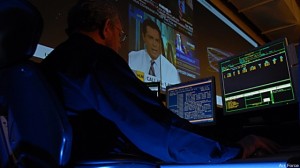 The main space command site is the Joint Space Operations Center (JSPOC) at Vardenberg Air Force Base. It is a new setup, built to replace the Cold War-era command center which simply could not handle modern communications and data flow.

Among the benefits of such a center could be “to provide opportunities for collection or ops that might be missed under current arrangements (although there probably would not be many such). There might even be opportunities for better SSA, and for doing it more efficiently, if those opportunities can be exploited without divulging sensitive capabilities,” Bob Butterworth, former senior advisor to the head of Space Command and was a staffer on the President’s Foreign Intelligence Advisory Board, as well as on the Senate Select Committee on Intelligence, said in an email.

The biggest unresolved issue in all this may be the most fundamental one — during a war, who commands the US space response?

Brian Weeden, space analyst at the Secure World Foundation, said this is all being driven by two things: the  Chinese ASAT test, combined with the 2010 ASAT testing that likely went nearly to GEO orbit. “The U.S. is interpreting that as a potential threat to U.S. national security satellites in GEO, which provide critical strategic communications, warning, and ISR. The second driver is Russia’s recent use of “hybrid warfare” to annex Crimea and undermine Ukraine, and otherwise antagonize NATO. The U.S. is interpreting that as a signal that international law and norms may be less effective for restraining potential adversaries,” Weeden said in an email.

A space intelligence analyst raised one other issue: the role of the commercial sector in providing space situational awareness. This analyst — who is familiar with the JSPOC’s capabilities — said AGI’s new SSA center provides “eye watering” capabilities, exceeding most of what the government can do. Will the new joint center make use of this data as well, the analyst wondered.

Given that the commercial sector greatly outnumbers the DoD and IC in sheer numbers of satellites, one hopes they are being included in the new DoD-IC space center.