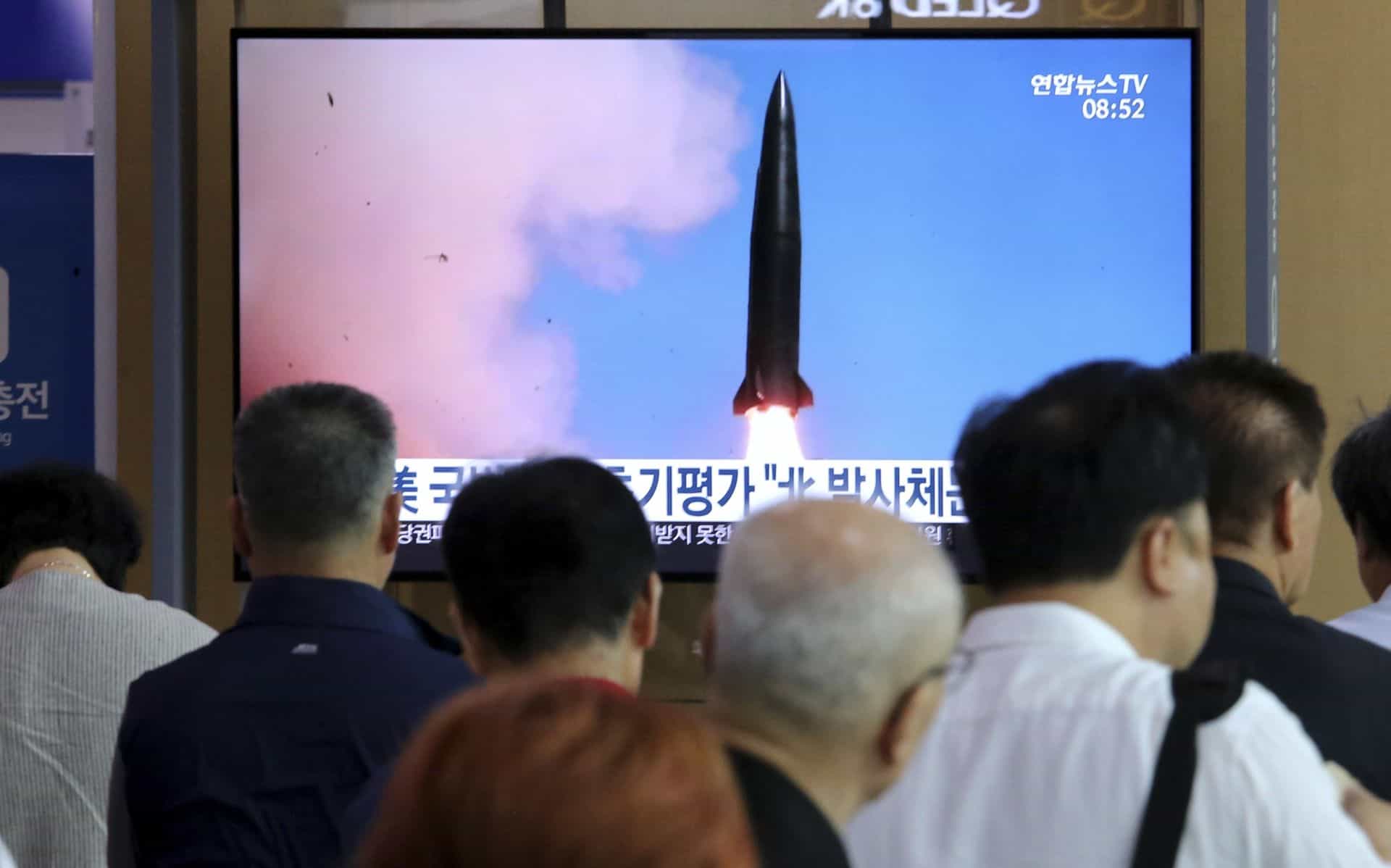 In a black fur hat and clutching binoculars, North Korean leader Kim Jong Un oversaw his latest firing drill, a move Seoul said Tuesday aimed at drawing the attention of the US and South Korea.

Kim “guided another firepower strike drill of long-range artillery”, the North’s KCNA news agency reported, a day after Japan said Pyongyang had fired what appeared to be ballistic missiles.

The North has been continuing to refine its weapons capabilities, analysts say, more than a year after a Hanoi summit between Kim and US President Donald Trump broke down.

Images carried by official Rodong Sinmun newspaper showed rockets blasting out of multiple launchers each with four firing tubes, striking what appeared to be an island target.

Kim, wearing a Russian-style hat and a khaki military jacket, watched from a trench next to an officer in a black facemask.

Pyongyang has closed its borders and imposed strict conditions as it seeks to avoid the worldwide coronavirus outbreak.

“It is for strengthening internal solidarity and externally, attracting the attention of the US and South Korea and pressuring their change in attitude,” it added in a statement.

North Korea is under multiple sets of United Nations, US and other sanctions over its weapons programmes.

Washington and Pyongyang talks have been deadlocked since Hanoi over sanctions relief and what North Korea would be willing to give up in return, and a high-profile meeting between Trump and Kim failed to break the logjam.

Pyongyang set Washington a unilateral end-2019 deadline to offer fresh concessions, and in late December Kim declared the North no longer considered itself bound by its moratoriums on nuclear and intercontinental ballistic missile tests.

He also threatened a demonstration of a “new strategic weapon” soon.

The North carried out a series of weapons tests late last year, the last of them in November, which it often described as multiple launch rocket systems although others called them ballistic missiles.

It also conducted static engine tests, most recently in December.