UPDATED: Obama Calls On China To Halt Reclamation On Reefs

WASHINGTON:  China is destroying swaths of coral reefs in one of the most important fisheries in Asia and causing enormous environmental damage as it builds the fake islands it is putting up in the South China Sea,

To get some idea as to just how extensive China’s ruination of the reefs is, I went through some of the statistics gathered by the Center for Strategic and International Studies’ Asia Maritime Transparency Initiative. Fiery Cross Reef has had 2.74 million square meters built up with sand and cement. The before and after shots are shown here. The photo below shows the reef before the Chinese had made much progress building on it. The photo above shows the latest satellite photo of the reef. You can see how completely the reef has been smothered in sand and concrete. Little of the original living reef can still be seen.

“There are global security concerns associated with the damage. It is likely broad enough to reduce fish stocks in the world’s most fish-dependent region,” John McManus, a professor of marine biology and ecology at the University of Miami’s School of Marine and Atmospheric Science, says in an email. “Reduced fisheries will increase regional tensions.” 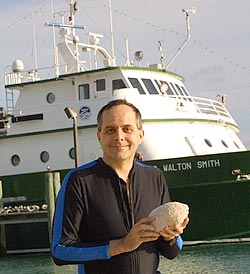 “The worst thing anyone can do to a coral reef is to bury it under tons of sand and gravel. There is actually a lot more area of less-permanent damage, but I am unable to release the figures until a submitted journal paper gets accepted,” he says.

Part of the reason the world has heard little about the damage inflicted by the Peoples Republic of China to the reefs is that the experts can’t get to them.

In addition to the tensions that reduced fish stocks could cause, the Chinese have also violated international agreements aimed at limiting environmental damage, said McManus and an international lawyer, James Kraska. “Those violations are going to be additional reasons for regional tensions — as evidenced in the formal complaints from the Philippine ambassador to the UN,” McManus writes.

UPDATE President Obama, speaking in the Philippines at the annual summit of 20 countries at the Asian Pacific Economic Cooperation (APEC), said China must stop the reclamation. “We agree on the need for bold steps to lower tensions, including pledging to halt further reclamation, new construction, and militarization of disputed areas in the South China Sea,” Obama said.

The president also announced $250 million in maritime aid to help regional allies of the United States better patrol the South China Sea and respond to humanitarian disasters.  “My visit here underscored our shared commitment to the security of the waters of this region and to freedom of navigation.” UPDATE ENDS

The Permanent Court of Arbitration said last month that it had jurisdiction on the competing territorial claims between the Philippines and China in the South China Sea. “In that announcement,” Kraska, professor of international law at the Naval War College, notes in an email. “[the court said] China breached its duty under Article 192 to protect and preserve the marine environment.” 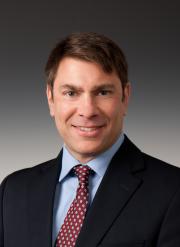 China, of course, argues these fake islands are permanent structures in their territorial waters. That would mean that US and other warships would have to stand off at least 12 nautical miles from each structure.

The US recently completed the first Freedom of Navigation Operation in three years using the USS Lassen to make the point that these Chinese claims are without foundation and are not recognized by us. However, there’s been considerable debate about just how effective that operation was, even though the Chinese complained loudly and publicly after the sail-by.