Aegis Ashore Scores Another Hit As US, Japan Build Up Defenses

WASHINGTON: For the second time in a row, the Navy and Missile Defense Agency successfully shot down an intermediate-range ballistic missile target from its Aegis Ashore facility in Hawaii. Officials are calling that a significant sign of progress after two consecutive failures.

The intercept by the Raytheon SM-3 Block IIA missile began when an Air Force C-17 launched the decoy “thousands of miles” from the Aegis Ashore site in Hawaii, the MDA said in a statement. The test made use of ground, air and space-based sensor and command and control architecture.

The test “was of great significance to the future of multi-domain missile defense operations and supports a critical initial production acquisition milestone for the SM-3 Block IIA missile program,” said MDA Director Lt. Gen. Sam Greaves. “This system is designed to defend the United States, its deployed forces, allies, and friends from a real and growing ballistic missile threat.”

This test builds on work being done by the United States and Japan to field the new interceptor, and it follows a successful test with the Japanese guided missile destroyer JS Atago in September. By 2021, plans call for Japan to have eight Aegis destroyers, four of them capable of launching SM-3 Block IIA missiles. That includes two new Aegis-equipped Maya-class destroyers, the first of which is set for delivery in 2020. (Aegis began as a shipboard system before a variant was created for use ashore). The missile defense moves are part of a general military buildup by an increasingly worried Tokyo. 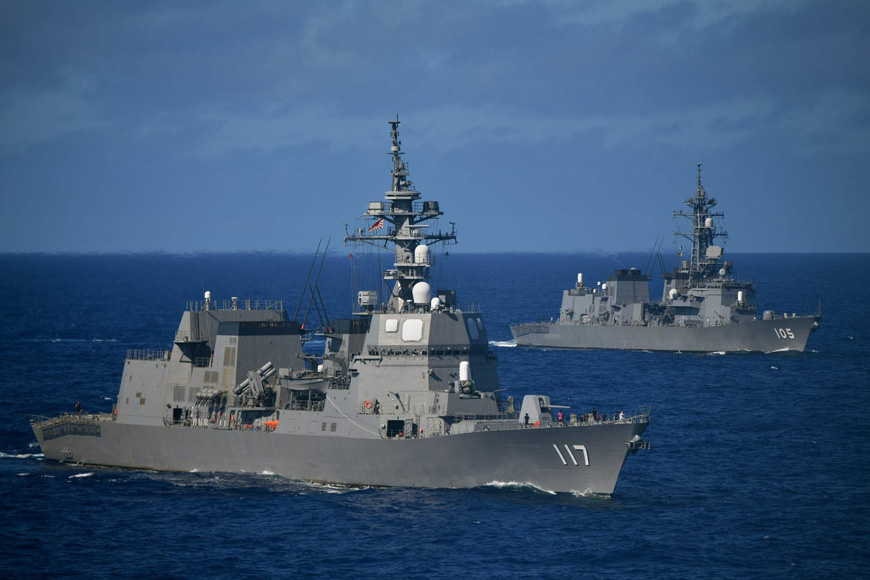 Japanese Atago-class ships are equipped with the Aegis system.

In July, Tokyo announced that it was also planning to buy two ground-based Aegis Ashore systems from Lockheed Martin for $1.2 billion apiece, a sign that Japan continues to take the ballistic missile threat from both North Korea and China seriously.

Romania is the only country to host an operational Aegis Ashore site, while another is under construction in Poland. The Polish facility was originally slated to come on line in 2018, but construction delays have pushed the date back to 2020, a Pentagon official confirmed.

Russia has complained bitterly about the site in Romania, claiming that the site violates the INF treaty because it is capable of launching offensive Tomahawk missiles. The United States and NATO have rejected that criticism, saying that it is a defensive site put in place to protect Europe against potential Iranian attack and is far too small to cope with Russia’s missile arsenal.