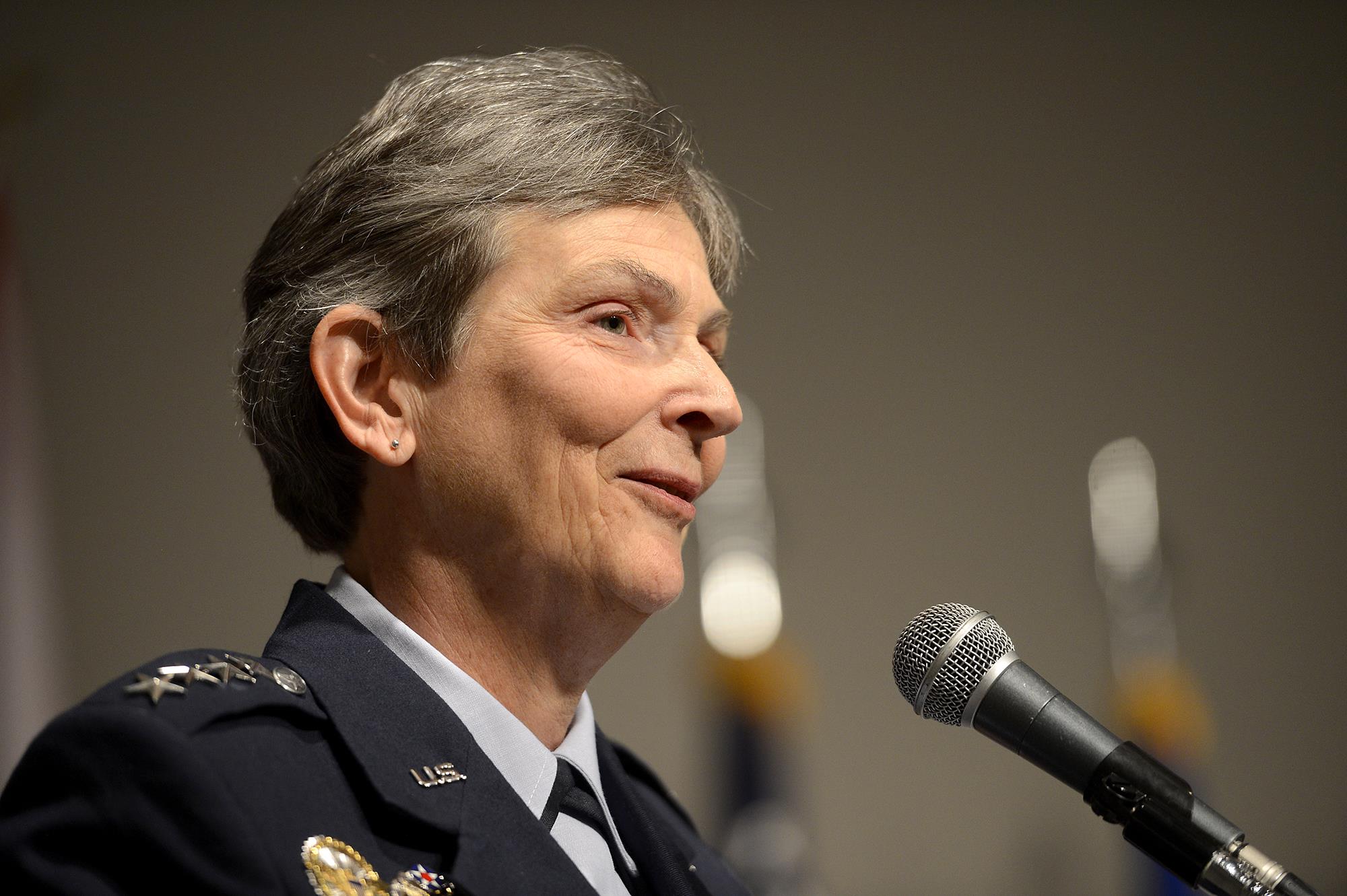 WASHINGTON: We will probably never know much about it, but the Air Force’s top Electronic Warfare task force has completed its first scrub and should report to top service leaders in the next month or so.

The woman who leads the Air Force’s effort, Gen. Ellen Pawlikowski, started the Strategic Development Planning Experimentation unit to find gaps in the service’s capabilities. Once the gap is found, the service creates an Enterprise Capability Collaboration Team (ECCT) to examine the best ways to fill it.

The EW ECCT was stood up last year. While most of what it’s doing is classified, we know that cyber, which had been deemed outside its purview, is now a solid part of the work.

General P., who led Space and Missile Systems Center and is now head of Air Force Materiel Command, told me at a Defense Writers Group breakfast that “an update” on the ECCT will be given to the “four stars” soon. In a late February interview at AFA Winter, Air Force Chief of Staff David Goldfein told me that cyber would “absolutely” be part of the EW work. “But the definition of how you use cyber is really important,” he noted. “Are you using that as a domain or as a set of capabilities within that domain? It’s both.”

The Office of Secretary of Defense published a classified report on EW last June and the House version of the 2019 National Defense Authorization Act includes language requiring the Defense Secretary and Chairman of the Joint Chiefs come up with a plan for “joint campaign modeling and wargaming for joint electromagnetic spectrum operations” and present it as a report by Feb. 18 next year. The bill also would require the Pentagon to brief the authorizers on various joint EW efforts. If you search through the NDAA you will find very few EW spending items, though much of that effort is likely to be highly classified.

Pawlikowski also offered a sketchy look ahead at the Multi-Domain Command and Control (MDC2) ECCT, which provided its report to the chief late last year. She predicted we would see a slow “blending together” of the National Space Defense Center, the Tanker Airlift Control Center (which handles tankers and airlift for the Air Force) and the service’s Air Operations Centers. A rolling series of software and hardware RFPs will make this possible, along with a great deal of agile software development, she said. 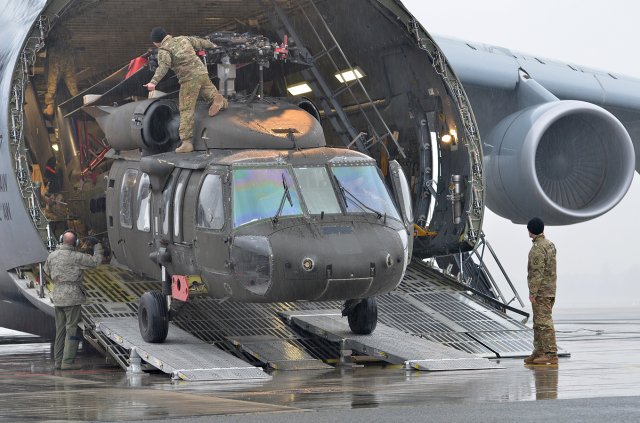 A C-5 disgorges a UH-60 helicopter in Riga, Latvia.

In other news, the service is pressing hard to do much more predictive maintenance, the head of AFMC said. Using Delta Airlines’ experience with predictive maintenance as “a baseline,” she told my colleague Marcus Weisgerber of Defense One that the Air Force is excited about improving readiness and aircraft availability using machine learning and other techniques to keep planes in the air. She said the service is “in talks” with Lockheed Martin about giving it access to maintenance data for the C-130J. Companies make a substantial portion of their profits from maintaining aircraft and often guard the data they’ve gathered over the years like the Crown Jewels, so it will be interesting to see what kind of arrangement the two sides reach.

For the aging C-5 fleet, she pointed to the use of 3-D printing of a part for a door handle part that was failing. Using a conventional approach to find a supplier who could make the part would have taken a year and run about $1,300 per handle. Instead, they came up with a way to print the handle for $700 and did it in weeks.