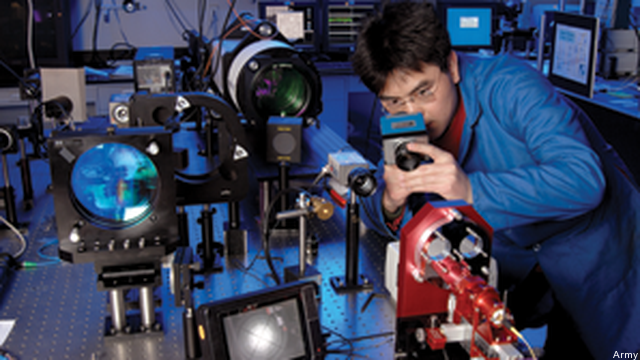 AUSA: To guide the Army through the coming budget crunch, the service’s acquisition agencies are putting together an unprecedentedly comprehensive 30-year modernization plan. By coming up with a single road map that integrates research, development, procurement, as well as equipment sustainment, they hope to protect the investments they believe are critical to the Army’s long-term future.

[More on this story: Humvees, M1 tanks, and the Army’s 30-Year Problem]

“The Army has started a new process that’s called ‘strategic modernization planning,'” said Heidi Shyu, assistant Army Secretary for acquisition, logistics and technology (known by the acronym “ASA(ALT),” pronounced with appropriate martial emphasis like “assault”). Shyu spoke Wednesday to the annual conference of the Association of the US Army. In particular, she said, “the Army is reassessing investment in S&T [science and technology] across all of our portfolios.”

“What may be seen as an easy cut to programs now may cause us long-term ramifications,” added Shyu’s deputy for research and development, Mary Miller. “It is for that very reason we are conducting this 30-year look.” In particular, the Army must focus its limited R&D dollars on critical areas where market forces don’t encourage commercial investment, most obviously on armor.

This plan should dovetail with Training and Doctrine Command’s new emphasis on wargaming scenarios set in the “deep future” of 2030-2040. TRADOC is asking the Army’s S&T community to brainstorm about “what’s physically possible” for both Army programs and potential adversaries three decades out, said TRADOC’s deputy commander for “futures,” said Lt. Gen. Keith Walker, speaking alongside Shyu and Miller.

The Army needs to move from the short-term “adaptation” of the last 10 years to more systematic “innovation” for the long term, Walker argued. “Adaptation is a response to the exigencies of a particular situation, [producing] just in time solutions, things that are good enough,” he explained. “Innovation, on the other hand, comes from a much more methodical examination of possibilities for the long term, [and] it’s much more durable.”

The Mine-Resistant Ambush-Protected (MRAP) truck the Army acquired in haste to protect troops from roadside bombs — and which it is now not sure what to do with — is an example of “adaptation,” in this framework. The M1 Abrams tank is an example of “innovation.” Designed in the 1970s, built in the 1980s, and upgraded ever since, it is likely to remain in service for decades to come.

Keeping such existing equipment in working order and up to date is a big part of the 30-year plan. “Say I want to do upgrades to the Abrams tank in 10 years,” said Dale Ormond, director of the Army Research, Development and Engineering Command (RDECOM). “Each of the Program Executive Offices is coming in to lay out their portfolio and where they see it going over the next 30 years,” he explained to reporters at a roundtable after the public panel. RDECOM’s role, he said, is to forecast what technologies might be ready at various points down the road so those program officials can plan for future upgrades.

This is hard stuff, Ormond freely admits: “[Forecasting] where we’re going to be in 30 years, that gets a bit sketchy.”

“This is the first time we’ve done this 30-year road map kind of thing,” Ormond went on. “We’re pulling al this stuff together over the next couple of weeks and giving it to ASA(ALT)….If we get a 60-70% solution, we’ll all stand up and cheer.”