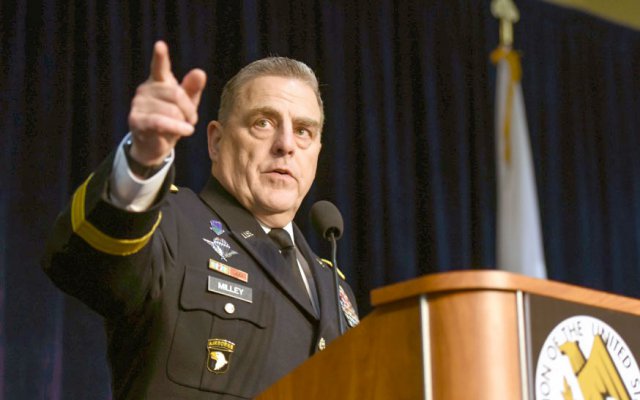 CAPITOL HILL: The Army is conducting a wide-ranging review of “a whole series of vulnerabilities” in its communications systems that extends far beyond the troubled WIN-T program, the Chief of Staff and acting secretary told reporters today.

The review will make recommendations on streamlining IT acquisition in general, not just on specific technologies, Gen. Mark Milley and Acting Army Secretary Robert Speer told reporters after a Senate appropriations hearing this morning. At least some of those recommendations will go to Defense Secretary Jim Mattis for his ongoing strategic review, they added.

At least 178 members signed a letter calling for procurement to accelerate, while Senate Armed Services chairman John McCain and Sen. Tom Cotton blasted the system as a $6 billion boondoggle. It was at McCain’s May 25 hearing that Milley brought up the review, where his point that it went beyond WIN-T got overshadowed by the immediate debate.

So what is the Army looking at? “People hang on WIN-T .. We’re reviewing the entire system,” Milley said, all the Army’s interconnected means of communication. “I am part of it, the Vice-Chief of Staff of the Army is part of it, all the senior leaders of the Army are part of it….I’m personally in the weekly meetings.” Outside organizations like the Institute for Defense Analyses are assisting, he added. 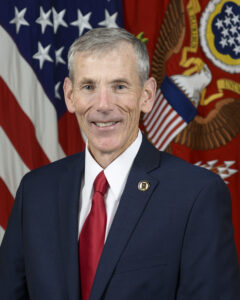 What’s the motivation? “In the electromagnetic spectrum…there’s a whole series of vulnerabilities,” Milley said, who’s criticized Army electronics being too easy for enemies to hack, jam, or triangulate for artillery bombardments. “What we want to make sure is that the Army, as part of a joint force, has the ability to effectively conduct mission command,” he went on, using the Army’s more initiative-friendly concept for what used to be called command and control. “A key component of that is to be able to communicate — voice, digital, video, and so on — in any environment, globally…and against any foe.”

“He (Milley) and I sat down together and discussed this,” added Acting Secretary Speer. “This is part of the broader strategic readiness review that SecDef’s doing.” The Army review will feed recommendations not only to Speer — or whoever is the acting Army Secretary at the time — but to Defense Secretary Jim Mattis and to Congress.

Those recommendations will also go far beyond any specific system to address the fundamental flaws underlying (and undermining) government procurements of information technology. “You’ve got to holistically do things quicker,” said Speer. The current system takes “years” to make decisions about “things like communications, networks, software capability,” he said, so by the time the decision’s finally made, let alone implemented, the Army is often locked into a proprietary solution that’s already obsolete.

“It’s…important we change and streamline how we look at those things. “That’s part of what the Chief and I are doing,” Speer said. “Can we look at things quickly, more rapidly, and make decisions more timely at a cost that’s acceptable, so we’re not robbing readiness for the future of our Army?”

Given such an ambitious scope, it’s unsurprising this review is taking a little while, even with Milley personally pushing hard, and the end date is uncertain.

How long will this take, one reporter asked? “Yeahhhh, I think we’ve been doing it for several months. We’re hoping — we’re not putting a definite timeline on it,” Milley said, sounding a little weary. “I’m hoping to have it done in four to six weeks or thereabouts. That’s what I testified to in the Senate Armed Services Committee.”

But the report must pass muster with multiple masters, and that takes time. “(Recommendations) that involve the joint force we’ll coordinate with the Joint Staff and the Department of Defense,” Milley said. “Some of these decisions, I would prefer to present them also to Secretary Mattis. (For some,) we’ll have to talk to the authorization committees and the appropriations committees” in Congress.