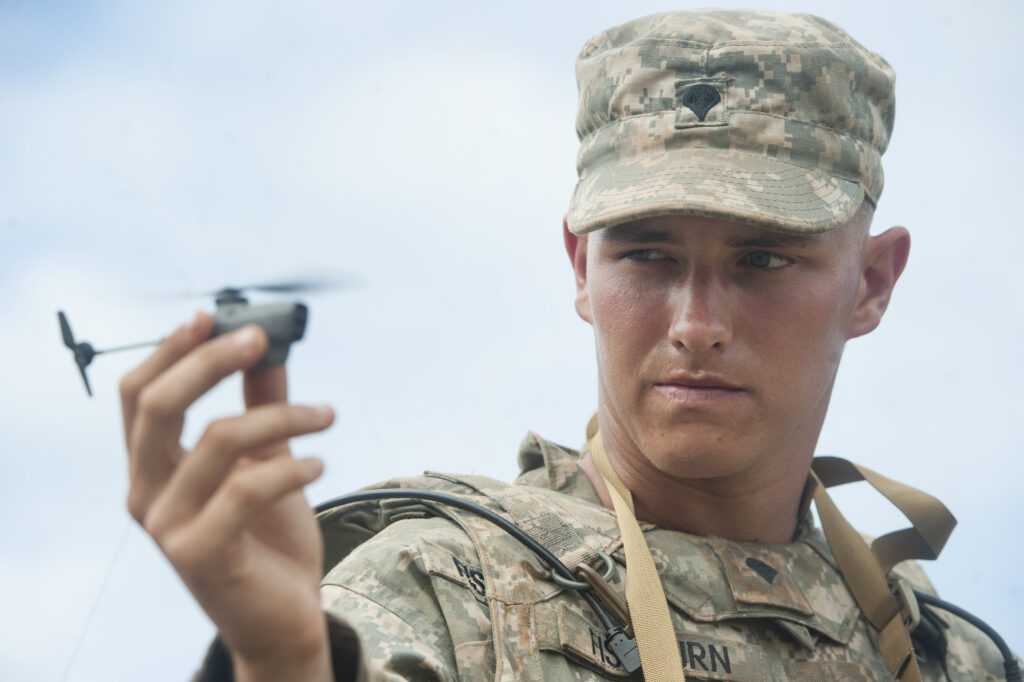 WASHINGTON: Want Army funding to test your robot or artificial intelligence algorithm? You’ve got less than three weeks to convince the Maneuver Center at Fort Benning, Ga. that your idea can save lives and help win fights on the battlefield of the future. It’s the latest example of the Army seeking high-tech help with everything from better rifles to VR training to targeting goggles for what’s traditionally been the lowest-tech and highest-casualty branch of the armed forces, the infantry.

Working with Georgia Tech and the public-private National Advanced Mobility Consortium (NAMC), the Army will select the best white-paper proposals and conduct simulations in October to assess them. (You must belong to NAMC to apply). What works well in simulation will then get funding — the amount available hasn’t been disclosed — to develop prototypes for real-life field demonstrations in September 2020, under the watching eyes of unspecified “Army senior leaders.”

Now, this isn’t about bringing the Terminator or Iron Man to life. The Army’s after much more practical (and physically possible) applications — like the palmtop scout drones the Army is buying for 9,000 squads. The service has also been exploring robotic mules, basically self-driving all-terrain vehicles, to help foot soldiers carry heavy supplies. 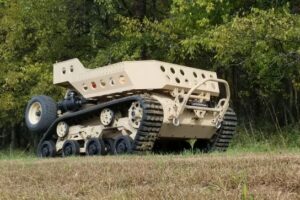 That said, the Army is certainly opening the aperture wide for new ideas: They’re looking for “robotic ground, air, water and virtual systems” — so things that crawl, fly, swim, or exist only in electronic form. It’s the virtual and AI aspects of this quest that are arguably the most interesting.

There’s been lots of work on physical robots, and the Army now has a fairly good sense of the potential and the limits of both mini-drones — an increasingly mature technology you can now buy at Wal-Mart and its ilk — and ground robots — which still need some work to overcome problems with power supply, noise, and navigating around obstacles without constant human supervision.

But infantry squads need a way to keep track of all these robots and make sense of the data they bring in –without getting overwhelmed. And while the Marine Corps plans to dedicate a member of each 12-man rifle squad to drone wrangling, the Army’s smaller nine-man squads can’t afford to. For example, most reconnaissance drones, from Predators to quadcopters, offer a live video feed, but a human has to be watching it all the time to detect anything.

Artificial intelligence offers the opportunity to automate that process, to have a computer program staring at the screen, instead of a human squad member, and reporting back when something significant happens. If you have viable wireless network, which is not an easy thing in the face of enemy jamming, AI also can pull together the feeds from different sensors — on drones, on ground robots, even on the soldiers’ own bodies — into a single coherent picture, instead of a human having to look at a dozen different displays and figure out if the blurry object on one is the same as the blurry object on another.

That’s why the Army is so eager for “AI tools” that can (to quote the passage at greater length this time) “take large amounts of information from different sources, including organic platoon Soldier and robotic sensors, and create an organized, meaningful picture that will enable platoon leaders and Soldiers to observe, orient, decide, and act (OODA) and make better decisions 10 times faster.”

Now, much of this technology is nascent and can be highly fallible, especially AI recognition of real-world objects. AIs have mistaken toothbrushes for baseball bats and stop signs for speed limit signs, a potentially lethal mistake for a self-driving car. But image classification is a big deal for Google, Tesla and other private sector companies, so they’re pouring in investment from which the military could benefit.

The big payoff from the Army’s call for new ideas probably won’t be some kind of combat robot. It might be a virtual assistant that whispers intelligence in the platoon leader’s ear, warning them of an ambush ahead.