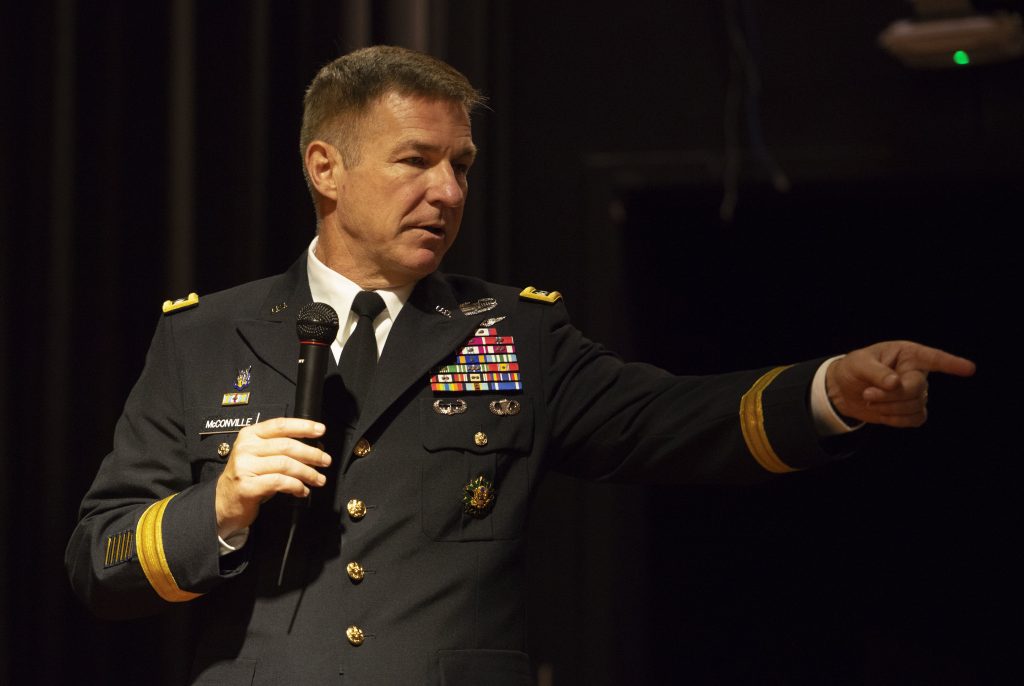 HUNTSVILLE:  Gen. James McConville is the White House pick to be Army’s next uniformed leader. He’d replace Gen. Mark Milley, whom President Trump has tapped for Chairman of the Joint Chiefs of Staff. If McConville is confirmed, as seems likely, it would be the first time the service’s No. 2 uniformed officer has moved to the top job since the deeply controversial Gen. Eric Shinseki did so in 1999. 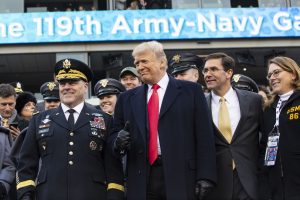 Continuity will be especially strong because McConville has been not just Milley’s deputy, but a close partner on the Army’s massive $57 billion modernization drive. The two generals have been joined at the hip with the Army’s civilian leaders, Secretary Mark Esper and Undersecretary Ryan McCarthy, both of whom are staying on. (McCarthy and McConville in particular have together done a lot of the day-to-day whip-cracking). All four men formed a ruling quadrumvirate that sat in judgment over every single Army program in marathon Night Court sessions, cutting and cancelling over 180 lower-priority programs to free $33 billion to add to their Big Six modernization priorities. As a result, total investment in the Big Six over five years more than doubled, from $24 billion to $57 billion. 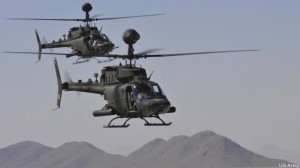 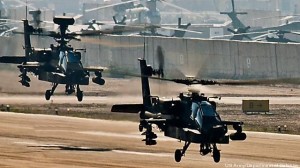 As a helicopter pilot, McConville has made his presence felt most obviously on the No. 3 priority, Future Vertical Lift. But Undersecretary McCarthy and the chief of the new Army Futures Command, Gen. John “Mike” Murray, said today that McConville has been deeply involved across the board.

“He’s been central to this effort,” McCarthy told me. McConville brings expertise both as a combat commander — he led the famed 101st Airborne in Afghanistan — and a masters-degree-holding engineer. “He can go toe to toe with acquisitions executives. At every wicket in the modernization process, he adds tremendous value,” McCarthy said. “On a personal level, he’s been a wonderful teammate and friend to me, onboarding me to this job.”

Gen. Murray knows McConville well. They were brigade commanders together in Iraq in 2004, when Murray’s ground troops relied on McConville’s aviators for air support. Murray became the Army’s chief programmer — the architect of the long-term budget plan — when McConville was vice-chief and remembers him as “the voice of reason” in internal budget debates. As Murray and other Army leaders moved to create a high-level modernization teams for each of the Big Six and then a four-star Amy Futures Command overseeing them all, Murray said, “he was absolutely instrumental in the standup of the Cross Functional Teams and he was absolutely instrumental in the stand-up of AFC.”

Both men cautioned this was still only a nomination and, of course, the Senate would have the final say. But, McCarthy said, “I think he’ll go straight through because of his impeccable service record.”