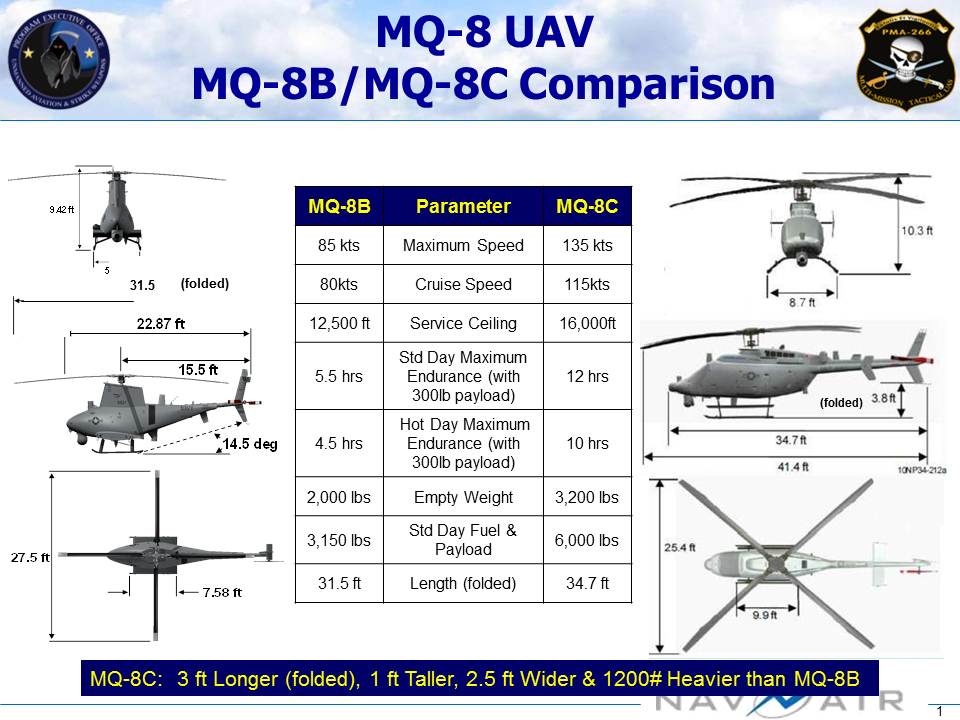 The older, smaller MQ-8B Fire Scout compared to the new and larger MQ-8C (US Navy).

At 11 years old, the robot helicopter called the MQ-8 Fire Scout is a at least a preadolescent. But ever since the reconnaissance drone’s first flight in 2002, it’s had one big problem: It’s a little bit…little.

So, at the Navy’s request, manufacturer Northrop Grumman basically did a brain transplant. It put the Fire Scout’s software, appropriately modified, in a much larger helicopter. If the new adult-sized Fire Scout, designated MQ-8C, meets the Navy’s expectations, it will be able to fly about 50 percent faster, 25 percent higher, and more than twice as long than the current model, MQ-8B. That would make the C-model a much more effective scout for the fleet, which is especially important for a controversial warship with size issues of its own: the Littoral Combat Ship.

The first of the larger Fire Scouts started flying last fall. As of yesterday, Northrop now has its second MQ-8C in the air. The two robo-choppers are currently just flying out of land bases, but shipboard tests are scheduled for the summer. The MQ-8C should be able to fit aboard the Navy’s FFG-7 Perry-class frigates, which already use the smaller MQ-8B as well as the larger (and manned) SH-60 Sea Hawk. But for now, the Navy plans to start testing the MQ-8C on its big DDG-51 Arleigh Burke destroyers.

In the long run, though, the warship program with the most at stake is the Littoral Combat Ship. Smaller, faster, cheaper, and considerably more fragile than a Perry frigate, let alone a full-sized destroyer, the LCS was designed from the start as a kind of miniature aircraft carrier, a modular mothership that could launch and control a wide variety of unmanned aircraft, mini-subs, and surface craft.

This network-of-robots concept for the future force is especially close to the heart of the incoming Deputy Secretary of Defense, LCS proponent Robert Work. But LCS fans like Work have an uphill battle. Work’s predecessor, Acting Deputy Secretary Christine Fox, has already slashed the planned buy of Littoral Combat Ships, a cut that may by now be baked into the 2015 budget and the accompanying long-term plan for 2016-2019 that are due out next month.

The Littoral Combat Ship has come in for plenty of criticism, not only within the Pentagon, but on Capitol Hill and in the thinktank world. Most of the negative attention has focused on the survivability and reliability of the ships themselves. But because LCS is meant as a mothership, the program really sinks or swims based on the performance of the drones that it can carry– drones like the now-upgraded Fire Scout. 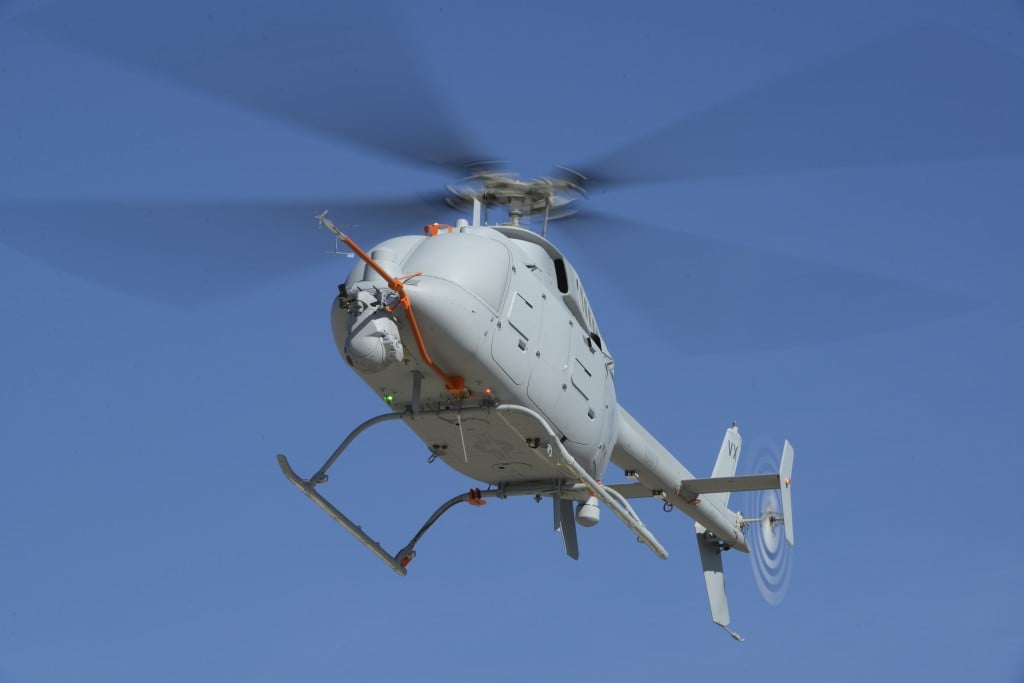