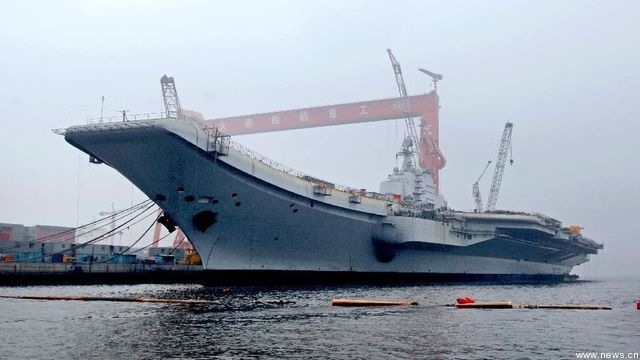 Over the last few days, Chinese foreign policy seems to have undergone a 180-degree change. Only a month ago, the Chinese had published a white paper on its policy of “peaceful development,” underscoring that China’s approach to foreign policy was oriented towards peaceful, friendly relations with all states. Yet, in the past week, the message from Beijing has not been one of peace, but one of increasing bellicosity, especially towards its neighbors.

The first crack in the faÃƒÂ§ade arose as the Chinese warned India not to cooperate with Vietnam in oil exploration in the South China Sea. Such exploration was “illegal and invalid,” according to the Chinese Foreign Ministry spokesman. A subsequent article from the state-run press agency Xinhua accused the Indians of aggressive moves, while noting that efforts by Vietnam to draw in India, and the Philippines to draw in Japan, would have little impact since all of these states together “can hardly match China in the regional strength and influence, let alone counterbalance and contain China as they expected.”

Meanwhile, Beijing also inveighed against the Obama Administration’s decision to provide Taiwan with upgrades for its twenty-year old F-16 A/Bs. Chinese Foreign Minister Yang Jiechi protested the sale to US Secretary of State Hilary Clinton; Ambassador Gary Locke was summoned and warned about consequences of proceeding with the sale; Chinese official newspapers condemned the US decision. The view of the Administration seems to have been that providing these upgrades, in lieu of selling new F-16 C/Ds (to replace the island’s even older F-5s), would curry favor with Beijing, underscoring President Obama’s “open hand” policy towards China. Far from seeing this move as a concession by Washington, however, Beijing simply pocketed the decision and nonetheless excoriated the US for providing Taipei with arms at all.

Within days, the Chinese press ratcheted up the rhetoric further. A commentary in the official newspaper People’s Daily about the need for a new security architecture in Asia, warned that some major powers sought to exploit fears of China to build military relations with Asia, while some Asian states thought they could “hide behind” the US military to do as they pleased. “Those countries that believe that if only they acted first, or could gain an advantage by making a ruckus, in the end will destroy the entire region’s peace and security.”

Then, on September 29, an editorial in Global Times, another Chinese state-run newspaper, talked about the need to punish neighboring Southeast Asian states. Accusing the United States of fomenting trouble by providing Singapore, Australia, Japan, and India with advanced arms, the article called for China to consider striking at Vietnam and the Philippines, citing the Russo-Georgian war of 2008 as an example of “actions from bigger countries [that] might cause a shockwave…but will provide its region with long-term peace.”

It is unclear what might have precipitated this precipitate shift in Chinese public diplomacy. Nothing seems to have transpired in the South China Sea, especially regarding Vietnam or the Philippines, to elicit such a series of over-wrought Chinese reactions. Just a few possible explanations include:

A hundred opinions bloom. The most benign possibility is that the Chinese Communist Party has fumbled, and as a result, different perspectives are being aired publicly. It may also reflect genuine divisions within the senior leadership, with different elements taking to the state-run media to promulgate their views. This would especially be the case, if the idea of peaceful development was controversial within the leadership. If there is a growing range of opinions being aired in the state-run media, then understanding Chinese policy will be made much more difficult, as it becomes harder to determine what the bottom line position is likely to be.

A change in the internal balance of power. China is preparing for a power transition next year, as Hu Jintao gives way to Xi Jinping. There are some indications that this may not be proceeding as smoothly as one would hope, especially among the senior leaders comprising the Politburo and Politburo Standing Committee. In the first power transition without a guiding hand of the revolutionary generation (i.e., Mao Zedong and Deng Xiaoping), it may be that the lowest common denominator among the various factions is nationalism. If rumors of the passing of Jiang Zemin turn out to be true, then the last leader with a vested interest in maintaining Deng Xiaoping’s admonition to “bide one’s time, hide one’s ability” may be gone, providing further impetus for a new assertiveness in Chinese foreign policy.

A change in the external situation. One area that has been quiescent has been the cross-Straits relationship. President Ma Ying-jeou of the Kuomintang (KMT) party has pursued a far less controversial path than his predecessors Chen Shui-bian and Lee Teng-hui. The signing of the Economic Cooperation Framework Agreement (ECFA) marked a major step forward in economic ties between the two sides. Forecasts for the 2012 Taiwan elections had projected a tight race between Ma and pro-independence Democratic Progressive Party (DPP) candidate Tsai Ing-wen-until the entry of James Soong, a KMT stalwart, into the race on September 20. The entry of Soong will likely split the KMT vote, and may well lead to a DPP victory-which Beijing reflexively opposes. If the PRC is now worried about a DPP victory, Beijing’s vituperation may be intended as a warning to the voters in Taiwan, “killing the chicken in order to scare the monkey.”

With little to go on, the safest conclusion is that, like the old Chinese “curse,” China’s neighbors and the United States may be forced to live in “interesting times” in 2012.

Dean Cheng is a well known expert on the Chinese military at the Heritage Foundation.