Compete Or Not, But Go Full Steam Ahead On GBSD 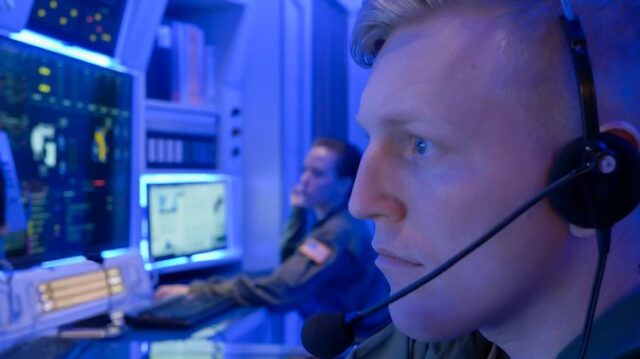 Only one company is left in the running to build the next generation of nuclear Intercontinental Ballistic Missiles leading to the natural question: should the Air Force change the proposed contract to better accommodate Boeing’s concerns to ensure more fair competition or allow Northrop Grumman to go ahead?

If the current Ground-based Strategic Deterrent program’s requirements can be met through amending the RFP without delaying the program, then we can go in that direction. Otherwise, as there is precedent for going with a single bidder, we should proceed with the GBSD research and development contract. There are in place considerable controls and requirements that assure a cost-effective ICBM will be built and deployed, protecting the American people for decades to come.

How did we get here? It’s simple, really. There were three competitors: Boeing, Lockheed Martin and Northrop Grumman. The Air Force whittled that down to Boeing and Northrop. Then Boeing, clearly worried by Northrop’s acquisition last year of Orbital ATK, which builds solid rocket motors and is reportedly still a Boeing supplier, dropped out of the program. So, we are left with what Boeing sees as an uncompetitive program.

We have to understand as Gen. John Hyten, head of Strategic Command, has said, the country’s ability to extend the current 49-year life of the existing Minuteman III land-based missile is limited. For every year we delay building the new more capable system, we raise the costs of sustaining the existing system and risk not having available the future deterrent capability we need. And senior defense leaders such as Ellen Lord say we must have a new system by 2028.

This is not a trivial concern. President Kennedy explained after the Cuban missile crisis that the Minuteman I was, in the president’s words “My ace in the hole” that kept the Cuban Missile Crisis from escalating out of control. We want a credible “ace in the hole” as we face a highly uncertain and risky future.

Work I have done at the Mitchell Institute looked at the history of efforts to modernize our nuclear deterrent. During the Eisenhower, Kennedy, Reagan and Bush 41 administrations, most of the first two Triads were built, with 13 to 15 years between each modernization phase. If America meets the current plan for nuclear upgrades and improvements, required simply to keep a nuclear deterrent in the field, there will be 47 years between the last modernized effort in the Reagan administration and the projected nuclear enterprise effort now planned for 2029-2042. We cannot kick the nuclear can down the budget road anymore—we have run out of road.

We have already taken what retired Gen. Garret Harencak described as a nuclear procurement holiday since the end of the Cold War. Although we have been able to continuously upgrade the venerable B-52 for decades, the Minuteman III’s cannot have their accuracy and penetration capabilities sufficiently upgraded to meet requirements as laid out by both the 2010 and 2018 Nuclear Posture Reviews.

Our enemies however have not taken any holiday. After the end of the Cold War, Russia soon embarked on the most extensive nuclear modernization effort in its history. Multiple new intercontinental ballistic missiles, submarines, cruise missiles and bombers are currently being produced, nearly two-dozen nuclear systems. This includes some six new exotic nuclear technologies, systems that Russia claims are not controlled by the 2010 New Start treaty, but which have strategic nuclear capabilities. We thus face a very formidable nuclear armed adversary that makes it imperative we maintain the strongest possible deterrent ourselves.

As the Mitchell Institute’s director of deterrent studies, I am now studying this relative strategic balance between Russia and the United States in some detail, and from a perspective quite different than the common “global zero” disarmament point of view of SIPRI or the FAS, for example.

What I have found is that Russia has the current capability to put into the field over 2,500 strategic long-range warheads, and, by the middle of the next decade, could easily increase that number in a breakout scenario by upwards of 4,500 long-range nuclear warheads.

When added to what the Defense Intelligence Agency says is an arsenal of at least 2,000 short-range theater nuclear missiles, Russia has roughly a potential 4-1 numerical advantage in deployed and fielded nuclear warheads over the United States.

Russia can produce no less than 1,000 new warheads a year, while the US cannot produce even one. Yes, the US has a reserve stockpile of around 2,000 warheads, but these warheads need further work, including tritium gas, and cannot be quickly added to our arsenal.

Uploading more nuclear warheads onto current missiles takes time as well. For example, our Minuteman III can carry three warheads, not just the one currently in place. Roughly three missiles per ICBM wing or nine per month can be upgraded, meaning it would take more than three years to upload all 400 Minuteman missiles now deployed.

Each submarine could also be uploaded by between 30 to 50 warheads, depending on whether it is the Ohio or Columbia class submarine, with 16 or 20 missiles. This would give the US an upload surge capability of 1,400 fast-flying missile warheads over a number of years, but that would still leave us lagging the existing Russian surge capability of at least twice our potential upload of deployed strategic missile warheads.

Failure to build the next ICBM in a timely manner risks creating a highly unstable strategic balance where a new window of vulnerability opens up. GBSD is cost-effective, very stabilizing, and critical to our security.