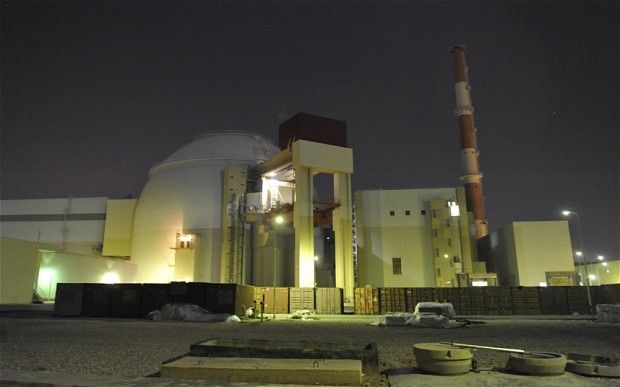 The outlines of a possible nuclear deal with Iran are now clear. What isn’t known is whether Iran will actually agree to the terms of the six major powers with which it negotiates – the United States, Russia, China, Britain, Germany and France.

In the latest round of talks this week in Vienna, both sides are “laying out their positions and trying to better understand where each of us are on the various issues,” a senior US administration official said in background comments. “This process has been helpful in setting the table … to use the March and April rounds to go over every single issue that we believed had to be addressed in a comprehensive agreement and make sure we understood each other on those issues.” The goal is to begin “drafting in May (an agreement that would guarantee Iran will not seek nuclear weapons),” the official said. Iranian Foreign Minister Javad Zarif gave much the same timetable when he arrived in Vienna for the talks, according to reports.

The six-month negotiating period on which the clock started ticking January 20 and for which talks on a comprehensive agreement began in February calls for a deal to be struck by July, although this could be extended for another six months if more time is needed.

Here are some key elements of a likely accord, as well as the differences which divide Iran from the international community and which could torpedo an agreement. Iran is expected to be able to keep on enriching uranium but the question is how many centrifuges it will be able to keep turning and how much enriched uranium, which can be fuel for civilian reactors or bomb material, it will be able to stockpile. Right now Iran has some 19,000 centrifuges installed and 7,609 kilograms of low-enriched uranium stockpiled, enough for several bombs. Experts believe Iran would have to reduce the number of centrifuges to 4,000 and the stockpile to very little — since it does not have a power reactor it needs to fuel at this point — in order to reduce the ability to “break-out”, that is rush to making enough fissile material for a bomb. Iran however has spoken of not dismantling its program and merely allowing for tighter monitoring, leaving a huge gap between the two sides on this issue.

Another major divide is what to do about Iran’s Arak reactor, which is under construction and could make plutonium, another bomb material. There are technical fixes to this, namely either changing Arak from a heavy-water reactor to a light-water one, or changing the fuel for the reactor – all to make it less of a proliferation risk. The question, again, is whether Iran will be willing to do this and whether the United States will insist on strict measures.

A third key issue is what to do about Fordow, Iran’s back-up enrichment facility, which is built into a mountain and so all but impregnable to air attack. A compromise may be to let Iran do research on centrifuges in Fordow but stop doing industrial-scale enrichment there. This could satisfy Iranian demands that Fordow not be closed.

There are a host of other issues on which the two sides are wide apart, including two which Iran does not even want to discuss — the Islamic Republic’s missile program and questions about possible military dimensions of Iranian nuclear work.

Since the table is still being set, Iran is getting time to measure how determined the United States and its partners are in hanging tough and how much international developments, such as US-Russian differences over Ukraine, will affect the talks by weakening the alliance of the six negotiating nations.

But Iran is not in the driver’s seat by any means. Iranian officials believe that they won less than the United States in the Joint Plan of Action which set the stage for the talks. This plan froze the Iranian program where it was and obliged the Iranians to stop enriching uranium above the low level of five percent of the isotope U-235. In return, they were to get limited sanctions relief but hardliners in Iran don’t think they got enough. Iran has had problems getting paid for the additional oil they have been allowed to sell. This may leave the Iranians heading into the drafting of a comprehensive agreement convinced they need more explicit guarantees of sanctions relief, the main thing they want out of a deal, than the United States and its allies may be willing to give.

Getting a deal will probably mean that neither side is happy with the final conditions, but accepts that key goals have been met. The ultimate motivation may be that the alternatives to a deal are simply not acceptable, since they could include an Iranian atomic bomb or further damage to the Iranian economy from sanctions or a war which neither side wants and which could have even greater negative economic and other dire consequences for everyone.