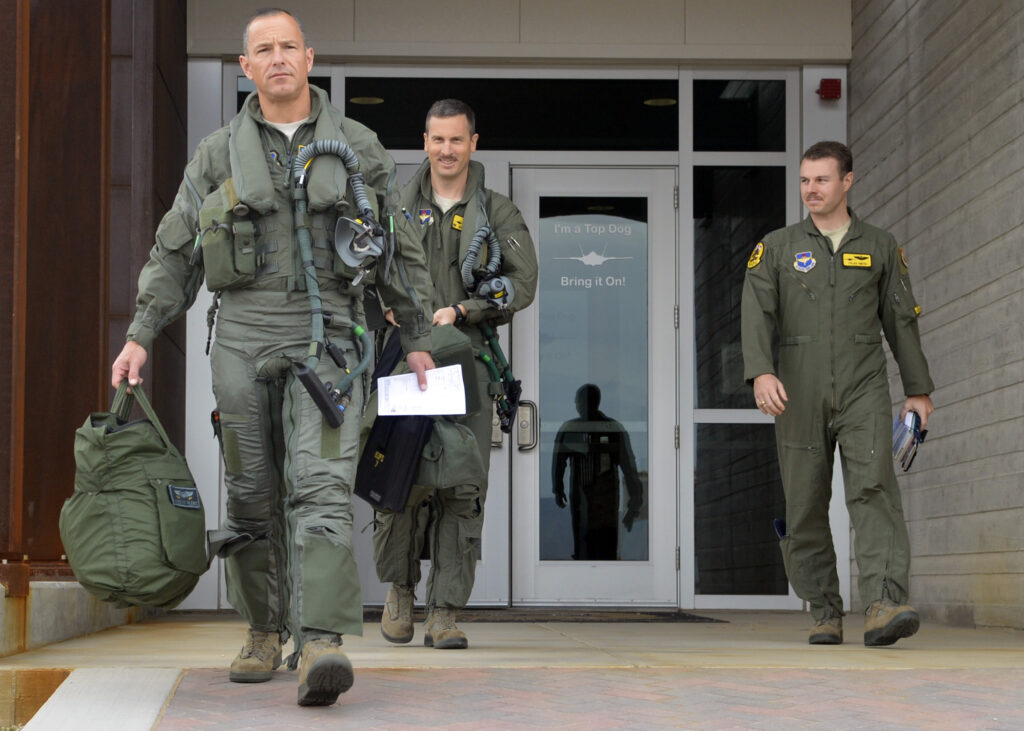 PENTAGON: The F-35 Joint Strike Fighter possesses a remarkable array of sensors and processors to let it find the enemy and help the pilot kill or evade him. But the crucial threat library — known as Mission Data Files — just isn’t being developed and updated quickly enough, Brig. Gen. Scott Pleus, head of the F-35 integration office, told me today.

“I completely agree with your comment that we need to get these updates much more quickly,” Pleus said this afternoon during a briefing for reporters in the Air Force Public Affairs office.

Why do those files matter? To make it as clear as possible, if the F-35 does not possess current threat data for everything from electronic warfare to radar to kinetic threats such as missiles, then it simply “might not know what it is looking at,” Pleus told me. That would hobble one of the fighter’s great advantages, its capacity to synthesize vast amounts of information for the pilot.

Who’s responsible? The Mission Data Files are created using information from the Intelligence Community and are then built into usable data by the 513th Electronic Warfare Squadron at Eglin Air Force Base.

This is not a new problem. Pleus’ predecessor, then-Maj. Gen. Jeffrey Harrigian (he’s now the three-star commander of all Central Command’s air forces) identified this as the biggest problem facing the program two years ago. 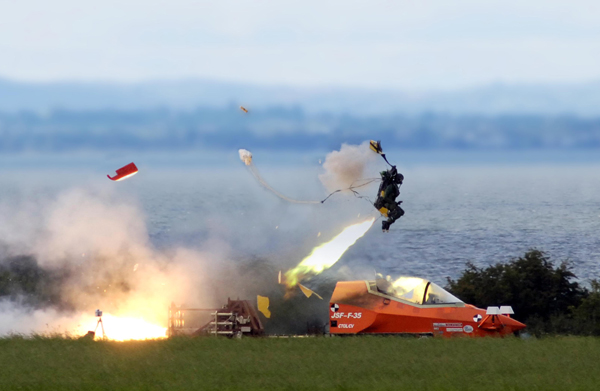 In other news, the Air Force has cleared the F-35A for all pilots weighing between 103 and 245 pounds. Pilots lighter than 136 pounds had been barred from the flying the plane because they could be killed should the Martin-Baker ejection seat blast out of the aircraft. The Joint Program Office, Lockheed Martin and other contractors have begun testing the lighter weight helmet made by Rockwell Collins and the slightly delayed opening of the parachute, Pleus said. The helmet was made lighter by removing one of its visors and some internal webbing. So far, the Air Force doesn’t know where pilots will store the extra visor. The first pilot will be using the Generation III Light helmet and using the adapted ejection seat by the end of the year, Pleus said.

Martin-Baker and Lockheed can modify 14 seats a month so it should take eight to nine months to complete the modifications to existing aircraft.

Best line of the briefing comes by way of Lt. Gen. Arnold Bunch, the Air Force’s military deputy for acquisition. He turned to Pleus and said: “By the way, thanks for telling me my job as a test pilot was to find things. (brief laughter) I appreciate you’re putting that in the right terms so I could understand my Jay Oh Bee.”  Bunch was, of course a test pilot, but not just your ordinary garden variety.  In addition to serving four years as a test pilot, he also served as chief of test and evaluation for the B-1 program and, most recently, served three years as commander of Air Force Test Center at Edwards AFB. Pleus gave a broad smile and blushed nicely.