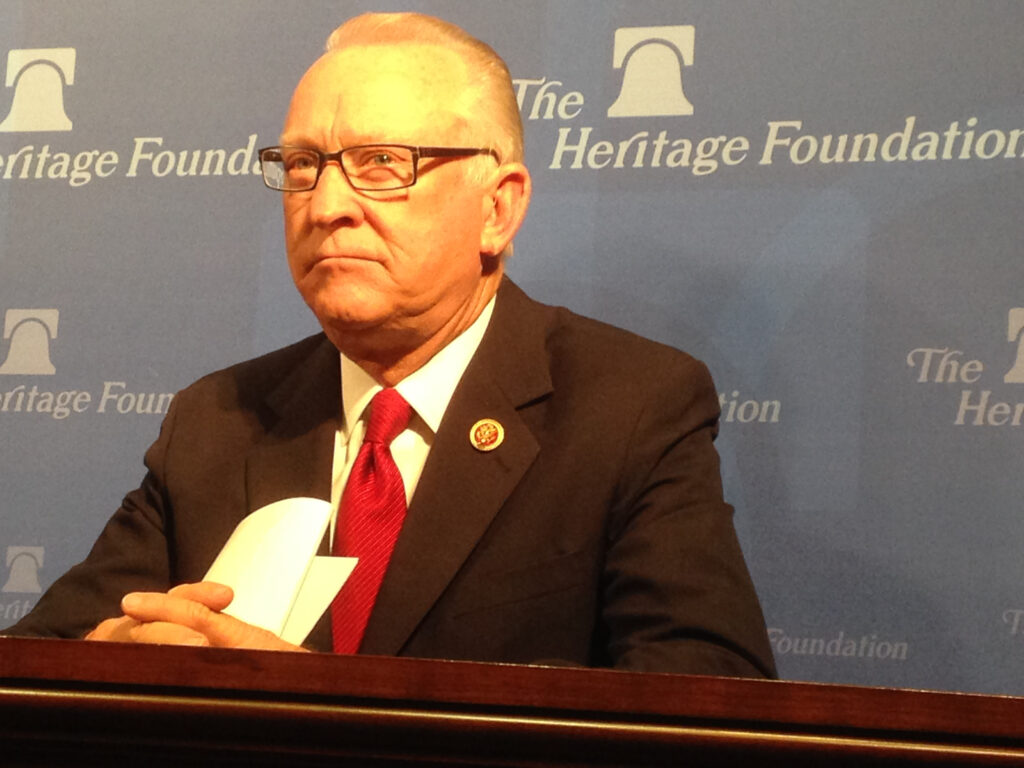 HERITAGE FOUNDATION, DC: Hours after the top Democrat on the House Armed Services Committee put out legislative language to permit a Base Reduction and Closure round, the top Republican shot him down.

Rep. Adam Smith has warned his colleagues repeatedly that Congress must make “unimaginable” choices to cope with the automatic budget cuts known as sequestration. In particular, Smith says they must consider closing military bases using a new round of base closures (BRAC), a process that’s always politically painful and which many in Congress argue was discredited by the 2005 round, which they say cost more money than it saved. The administration asked for another BRAC in its 2015 budget submission, but Rep. Buck McKeon left it out of his version of the National Defense Authorization Act. Smith had filled his put-BRAC-back amendment with all sorts of caveats and restrictions, apparently hoping against hope to assuage his colleagues’ concerns, but McKeon isn’t having any of it.

“I understand Mr. Smith’s concern, and I applaud him for his courage but it’s not going to be in the defense bill this year for sure,” said House Armed Services chairman Buck McKeon when I raised the question at the Heritage Foundation today.

McKeon has pointed out all the “painful” choices he did make in his NDAA mark, especially retiring the vaunted A-10 “Warthog” ground attack aircraft — although his proposed legislation offers a compromise. It would require keeping the A-10s in “special storage,” ready to be quickly restored to fighting condition in case of a major crisis, which McKeon argues “could happen easily at a moment’s notice” given increasingly aggressive actions by Russia and China of late. “I want to make sure we can hold onto as many things as we can,” McKeon told me — and “things” includes bases.

In any case, McKeon said, the actual cost savings from a BRAC round are hard to count up and not to be counted on. “We always ask the DoD to give us information on savings from previous BRACs. The [only] information we’ve ever received is sketchy at best,” McKeon said. Closing bases always costs money up front, with the savings materializing years later: “It ends up costing money before your each any potential saving.”

Every accounting I’ve seen argues that the BRACs before the ill-fated 2005 round did save money over time — but the irony of the current budget crunch is we may not be able to afford the up-front investment to get long-term savings. And Congress is even more unlikely in an election year to do something that would cause pain up front.