The lingo of management can be witheringly dense and is often incomprehensible to outsiders, as is often the case with militaries and intelligence agencies. Troy Thomas has done an admirable job in this and one other op-ed of understanding what the military is trying to do and recommending in clear English how they can do it more effectively and efficiently. The subject of this piece, the Space Development Agency, has been lurching from birth to near death to widespread incomprehension. What is this offspring of the Office of Secretary of Defense trying to do that the Air Force and NRO aren’t already doing, many wonder? How can it recover from a number of stumbles? Read on for some answers! The Editor.

The future of the Space Development Agency (SDA) is in question. Its original mandate, as laid out in 2018 memo by the then-acting Secretary of Defense, has not been matched by support from Congress or within the Pentagon. The recent sudden departure of its first director has solidified perceptions that the SDA lacks a clear value proposition in an increasingly fragmented acquisition landscape. For the SDA to succeed—and, more important, for the DoD to successfully build the space capabilities needed in the future—the new SDA needs to apply best practices from industry for standing up new companies and business units.

Standing up a new business unit or company is common within industry but less frequent among national security agencies. (There are some notable exceptions, of course, including the Missile Defense Agency in 2002, on which the SDA is partially modeled.) When a new business unit is well-positioned for success and can clearly differentiate itself from competitors it may succeed. Blue Origin and Bradford Space are two successful examples of stand-ups in the space industry; both continue to grow using innovative operating models and creative structures. Similarly, Airbus recently launched UP42 to compete in a fast-growing and dynamic commercial remote sensing sector.

When new entities fail, it’s most often due to the fact they don’t do what they do better than their competition (differentiated value proposition is the business term) and they lack investment in talent and technology. But there are other challenges. As with most large-scale change efforts, risk comes when stakeholders are not aligned, leaders do not model the behaviors they seek in their teams, and communication breaks down. Too often, new businesses — and agencies — overlook the fundamental importance of creating a culture that reinforces the collaboration and innovation needed to win in the market.

These are compounded in the public sector, which faces a complex regulatory environment, budget uncertainty, and frequent changes in political leadership. SDA is further challenged by an array of government space stakeholders with divergent agendas for DoD in space—and for the SDA itself. The Air Force didn’t want SDA. Many in the Pentagon aren’t sure what SDA is supposed to do that the Air Force’s Space and Missile Systems Center isn’t already doing. And relevant segments of the space industry face market uncertainty due in part to competing government visions and authorities.

If SDA is to succeed, its new leadership should apply five insights from industry that have proven effective when applied in government:

Currently, at least a dozen government entities have responsibility for acquiring space capabilities. Given the overlap among those entities, it’s imperative that the SDA decide what it is going to dot hat is better and different from its erstwhile competitors.

However, the original mandate for the SDA describes its mission in ambiguous terms — accelerate the development of new space capabilities — with responsibilities that overlap those of the other organizations, such as the Air Force and the National Reconnaissance Office. Any organization that tries to do everything will end up doing nothing well.

Successful new companies and business units define what they will do better and differently from their competitors to set their competitive position in the market. The SDA needs to do the same, by quickly articulating a unique vision and role for itself while also defining its precise place in the capability development lifecycle. One option would be for the SDA to design and implement an enterprise-level capability development process that integrates and adjudicates competing visions among space stakeholders. In other words, it could serve as a kind of quarterback among all the other competing entities.

In industry, operating models succeed when they design a blueprint that defines critical roles and responsibilities, as well as interfaces with other stakeholders within the company and beyond (such as with key suppliers and partners). They then work down through the organization and formulate specific and structured processes and roles for the workforce, resource allocation, corporate assets, information technology, service level agreements and more.

An innovative operating model is critical to the success of the SDA, but quite challenging to implement, due to resource limitations and fragmented acquisition authorities. To design a successful operating model within these constraints, SDA must start by clearly defining the roles and responsibilities of SDA’s leadership, to include who makes decisions and dependencies relative to other DoD space stakeholders. In addition to ensuring all required capabilities are in place to fulfill its mission, the SDA structure should be adapted to reduce mission overlap, maximize cross-functional teaming on high priority capabilities and enable partnering with industry.

Agile Culture and Ways of Working

Culture is arguably the most important aspect of a business or entity. The right organizational culture supports growth, helps deliver against ambitious goals, and increases cross-functional collaboration to improve efficiency and outcomes. For the SDA, instilling an agile culture and way of working will be a massive value-add and powerful differentiator. 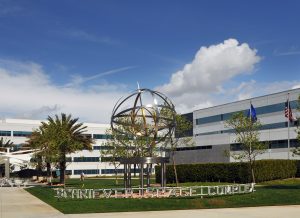 We mapped the traits of a typical governmental culture and identified several dimensions that the SDA should target, in the short-term, to create a more agile culture than most of DoD. The agency must be inherently flexible, particularly regarding the iteration, design, and testing of space capabilities and objectives. It should effectively delegate autonomy for processes— allowing for more fluid innovation and creativity—instead of trying to control them. It will need to manage risk through anticipation and planning, with a bias for acting — not being cautious. It must be direct in areas such as feedback and idea generation, and collaborative in terms of culture, not individualistic. Finally, it must be externally focused and effectively form partnerships with outside organizations — especially industry.

Acquisition processes in government are slow and expensive, and often yield mixed results. The challenge to effective procurement is even greater for military space capabilities due to institutional  fragmentation, but reforming these processes in government is notoriously difficult. However, the SDA can make faster progress by prioritizing acquisition speed to reduce overhead and fielding solutions quickly. Top-performing players analyze the supply chain to find ways to negotiate supplier costs and manage relationships, and they partner with suppliers to improve innovation and co-create solutions (rather than simply buying existing products and services.)

To improve procurement, the SDA should streamline its processes and—to the extent possible—across agencies involved in military space acquisition. The organization can use digital tools such as models to get stakeholders aligned around reliable data, so they can all make smarter decisions. Also, SDA can simplify the bidding process for suppliers by setting clear end-user requirements and allowing vendors to offer innovative solutions to the challenge, rather than a rigid response to the request as written. Applied successfully, these practices could help reduce the acquisition lifecycle by one third, enabling the SDA to get critical space capabilities in the field that much faster.

A Forward-Looking Strategy for Working with Industry

The space economy could grow to a $1 trillion industry by the 2040s, but the sector faces uncertainty despite these projections and venture capital investment, as the policy emphasis on commercialization has not yet transformed old procurement processes.

To support those interactions, the SDA needs a strategy that lay out clear goals for policy and regulation, along with priorities for acquisition and technology development in conjunction with industry. Key objectives should be to engage, support, and sustain a vibrant and innovative industrial base with a deep and resilient supply chain, by setting the conditions and regulatory environment needed to facilitate openness and growth. Doing this early can provide a “quick win” for the agency in proactively developing relations with the industrial base.

In a fast-growing space ecosystem, SDA is at a critical inflection point. It can drastically increase its odds of success by applying proven lessons from industry to help develop and deploy next-generating space capabilities at a pace, scale, and value that is unmatched by any other defense agency — in space or on earth.