Posted by Theresa Hitchens on September 4, 2019 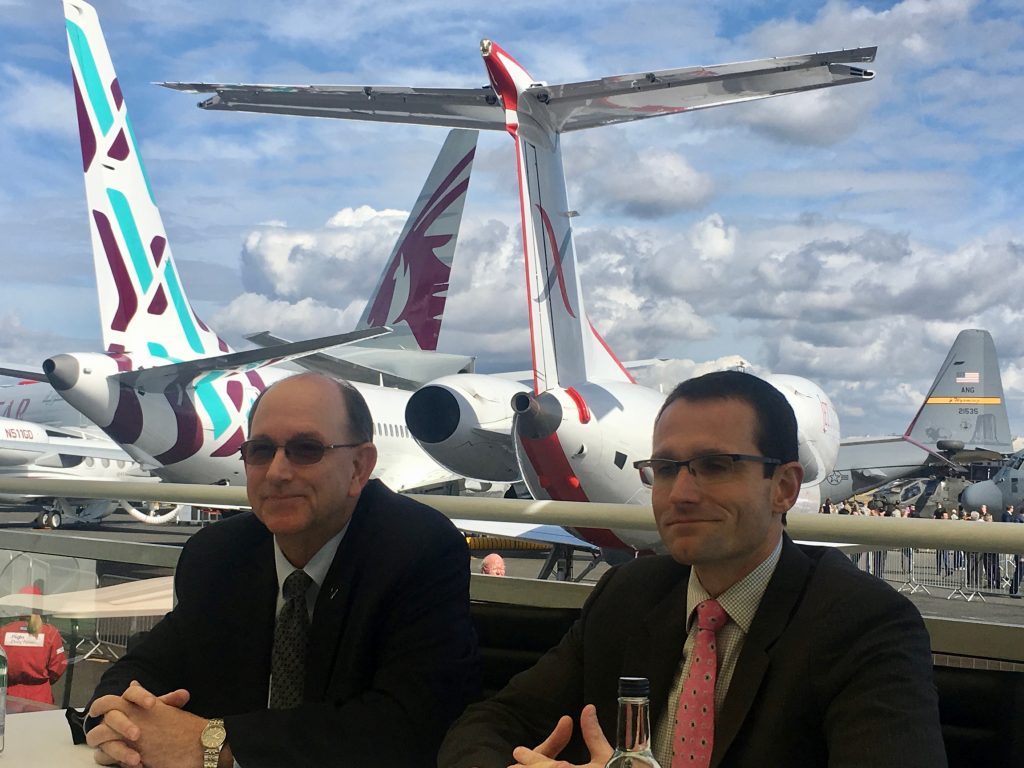 PENTAGON CITY: The Air Force is expanding its 5G network and aggressively investing in multi-domain command and control initiatives as part of a “major transformation” to a “Digital Air Force,” Acting Air Force Secretary Matt Donavan said today. This is a “multi-pronged effort to accelerate the transition of the Air Force from an industrial-age force to an information-age force,” he said.

“One of the most important concepts” underlying this transformation, Donovan said, is “multi-domain command and control. (MDC2)” This, as Breaking D readers know better than anyone, “will allow any sensor to provide data to any shooter from any service, ally or partner in any situation to achieve effects against any target,” he said.

Breaking D readers may recall that Air Force acquisition czar Will Roper spoke to us at the 2019 Space Symposium about the service’s plan to integrate all of its sensors to be able track everything from the Moon to the ground. Donovan’s vision seems to take another step beyond.

“This is how the Air Force becomes the quarterback, the play-caller of the joint warfighting force,” Donovan said.

As a foundational effort toward this goal, Donovan said, the Air Force is “reimagining” its network as an “Enterprise Information Technology as a sdervice rather than as a product” — that is, contracting commercial IT firms to provide services and support rather than training airmen to do those jobs, and moving to cloud-based software operations. Unisys in April won a $76 million contract to build a cloud-based IT service to manage computers and mobile devices for the Air Force, including providing up-front security. The contract with Unisys followed agreements last September with AT&T for $87 million and Microsoft for $34 million for commercial data and voice services at another six bases. Upgraded network access, in turn, will enable the move to 5G.

“Network access is important, but so are speed, bandwidth and latency,” Donovan said.

Thus, the Air Force is moving with commercial wireless network providers to revamp 15 more bases for high speed 5G communications, Donovan said. The Air Force has been working with Verizon to install 5G networks at a first tranche of 10 bases, with Arnold AFB in Tennessee the first to be completed. Donovan said that network capability would be finalized at Seymour Johnson AFB in North Carolina “by the end of the year.” Further, as the services rebuilds Tyndall AFB in Florida after Hurricane Michael, it will incorporate 5G in the design “to create a 21st century Air Force base,” he said.

The goal, he said, is “rolling out this advanced network Air Force-wide as soon as possible.”

The Air Force is not alone in its focus on moving forward fast on 5G technology: DoD Undersecretary for Research and Engineering Mike Griffin in August announced the stand up of a new, department-wide office to buy 5G capabilities from commercial firms. Griffin said that the Pentagon has submitted a plan to Congress outlining its proposed role in developing and using 5G, and that the new assistant director position in his office will work to ensure the department stays on top of the latest developments while developing policies for incorporating 5G into military networks.

But simply improving existing networks isn’t enough, Donovan explained. The Air Force needs to have ways to more rapidly and efficiently exploit the vast amounts of data flowing through the new networks once they are installed. This means moving to “standardizing data architectures to harness the data, and investing in  artificial intelligence and machine learning to manipulate and gain insights from it.”

As the Air Force is transitioning its baseline IT approach, Donovan said the service is also “rethinking” how to accomplish core missions, in particular command, control and communications. Today, the services uses discrete systems — including AWACS aircraft for air control, satellite communications, and digital communications via the Link 16 data network — that cannot provide the integrated information flow required in future. Thus, Donovan said, the service is putting a high priority on the Advanced Battle Management System (ABMS), which he called “a platform agnostic solution that will form the pathfinder for a true multi-domain command and control systems, a system of systems.”

Noting the call by new Defense Secretary Mark Esper for DoD to divest from legacy systems that are not suited for the future integrated battlefield, Donovan said that “The Air Force is leading the way with bold and likely controversial changes to our future budget. We need to shift funds and allegiance from legacy programs we can no longer afford due to their incompatibility with the future battlefield” into new technologies and capabilities. “The Air Force is at a historic crossroads,” he said.