How To Avoid Defense Sequestration: A Democrat’s Answer 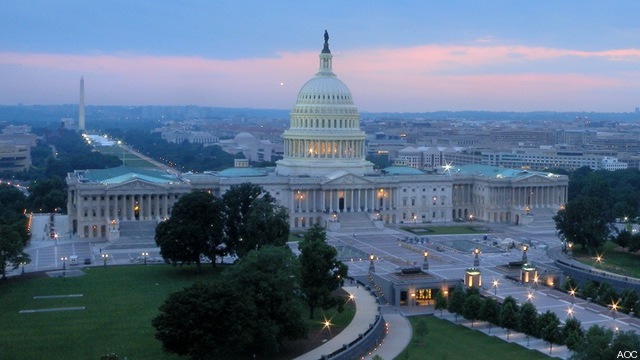 WASHINGTON: One Adam Smith was a master of rational behavior in the economic world, the man who taught how making pins really mattered. Capitol Hill boasts another Adam Smith, perhaps not as august a personage, but one who appears to approach defense issues with an emphasis on fact and rational decision making, and more than a touch of political sense.

Before I go too far, let me remind our readers that Rep. Smith, ranking member of the House Armed Services Committee, is a politician and watches polls very closely. While this may expose him to the charge of following people’s opinions instead of leading them, it also means he tries hard to represent his constituents (as would be just as true for his Republican colleagues). As he made clear during a Defense Writers Group breakfast today, he’s closely watched the polls and they tell him that, while Americans worry about the deficit, they also do not want Congress to cut “their” programs or raises taxes.

You can tell that the Obama Administration is starting to sweat a little about the defense cuts. After repeatedly saying the Pentagon would not plan for sequestration because it was just too stupid to even consider happening, Defense Secretary Leon Panetta told the House Budget Committee yesterday that he might begin another round of budget planning this summer if it looks as if Congress can’t find a solution to the automatic defense cuts. Military leaders have said their biggest problem with the automatic cuts is that the law says they should be distributed equally across Pentagon spending, which would make a mockery of the strategic planning they’ve done with the administration’s new strategic guidance and the 2013 budget proposal.

All this means, practically, that Congress is almost certain to do very little to solve the problem of automatic cuts to the defense budget before the November elections. Smith has one suggestion to break the sequestration logjam, which has Democrats wanting to raises taxes and House Republicans opposing that and wanting to avoid defense cuts.

Here it is: let the Bush tax cuts expire in December, after the elections. That means Congress can do one of the things it sometimes does best: nothing. It also means, Smith pointed out, that Republicans can avoid voting to keep the tax cuts, which would effectively mean they are voting for sequestration, since the tax cuts would mean the Treasury would not get $1.3 trillion in revenues, a number remarkably close to the $1.2 trillion in savings required by the Budget Control Act.

Now if that isn’t a nice political choice to offer the GOP, I don’t know what is. Of course, it would also leave GOP lawmakers open to calls from Tea Party members and the supply-side crowd that they have effectively “increased” taxes.

But if they don’t have to vote and can just leave them lie fallow, could it work? it’s an intriguing solution to a problem that both Democrats and Republicans want to go away and have yet to find any solutions to.

A COP source with deep knowledge of defense issues said the Smith proposal would fly in the face of several basic Republican tenets such as, those shalt not raise taxes and thou shalt not set Republicans against each other. Grover Norquist, he of the no-new-taxes pledge, was mentioned. The fact that this source mentioned that it might set Republicans against each other is a strong indicator that Smith may have found a potential answer.

Those who have endured the budget committee hearings of the last few days know how entrenched both sides are in their arguments that: raising taxes is bad, cutting entitlements is bad and cutting defense is bad. Perhaps in the wake of the elections everyone can agree that doing nothing to achieve something is a viable path forward. Maybe. Or maybe it won’t be that simple.