Once again, America faces the prospect of a budget showdown come September. Defense companies are getting ready for the possible disruptions that attend. And, of course, Pentagon budgeteers, led by new Deputy Defense Secretary Patrick Shanahan, are rebuilding the fiscal 2018 request and preparing for disruption to the last of the 2017 spending. One of the canniest acquisition experts around, Terry Marlow, penned this piece for us trying to look beyond today’s budget disruptions and addressing that wonderful old chestnut, acquisition reform. Does reform matter as much as realistic budgeting? Marlow was senior advisor to former Air Force Secretary Michael Donley; before that he handled acquisition policy for the powerful Aerospace Industries Association. What’s his argument? Read on! The Editor.

When corporate CEOs talk about concentrating on improving “blocking and tackling,” they are referring to getting business fundamentals right. They have found that if their companies can’t perform the fundamentals well, there is little else that can be done to ensure success. The same is true in the federal government. Any organization seeking better performance must first concentrate on getting the “blocking and tackling” right. 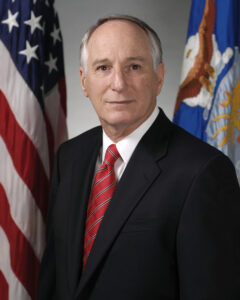 DoD just doesn’t seem capable of focusing on acquisition “blocking and tackling.” After decades in the works, defense acquisition reform long ago reached the stage of diminishing returns. Each new round results in the acquisition process becoming more complex, cumbersome and inflexible. There has been no corresponding long-term improvement in cost, schedule and technical performance. DoD needs to go back to square one and get the fundamentals right.

Continuous review and adjustment of the acquisition process has become a cottage industry that produces tinkering, but little discernible progress toward “better, faster, cheaper.”  This tinkering should be throttled back and the existing process given a chance to work undisturbed while renewed focus is placed on a few fundamentals.

Having trained and experienced experts in acquisition leadership positions is the most important fundamental to successful military acquisition programs. We’ve made progress, but continued emphasis is needed to ensure successful recruiting and retention of world-class experts.

Just as fundamental is realistic budgeting that must be accompanied by long-term budget stability. However, budget realism has been a well-recognized failure in defense acquisition since the early days of the modern acquisition reform movement. In the early 1980s, former Defense Secretary Frank Carlucci referred to this problem as a failure to “budget to most likely cost.”  At the time, many believed cost growth was the result of inaccurate cost estimating and poor program management. However, what was perceived as cost growth was usually the result of deliberate underfunding in an effort to squeeze more programs into the limited budget. Later, when the budget was inevitably exceeded, the illusion of poor management and cost growth was created.

Experience has demonstrated that seeking to force down budgets and accept increased cost risk to enable the funding of additional programs is a flawed strategy that should not be tolerated.  When program managers are handed inadequate budgets, the result is usually increased technical problems, increased schedule slips, and increased costs as they try to manage programs within the constraints of inadequate budgets. Unfortunately, by the time the true costs become apparent, the decision-makers have moved on and their successors are left to deal with the “cost growth.” That usually means increasing the budgets to more realistic levels.

Underfunding of programs and the resulting budget overruns go beyond damaging individual programs. The associated publicity undermines public confidence in the entire defense acquisition process, and, I believe, it can also foster public doubt in the military’s ability to carry out its broader responsibility – its warfighting mission.

The United States is about to enter another cycle of tough debates over military budgets as demand for federal funding for non-defense programs grows and rising interest rates take a bigger bite from the annual budget top line to pay the costs of the national debt. It is a problem that is likely to worsen as the nation faces increasing demands for re-capitalization and modernization of military hardware necessary to fend off military threats after 15 years of war.

Competition for federal funds will once again bring decision-makers face to face with the pressure to lower budgets for individual military programs. The Pentagon must focus on sound “blocking and tackling,” and resist the pressure to underfund these programs. Business as usual will jeopardize the success of acquisition reforms and endanger U.S. national security.