Lockheed Bids $9B For Sikorsky; May Spin Off IT, Tech Services 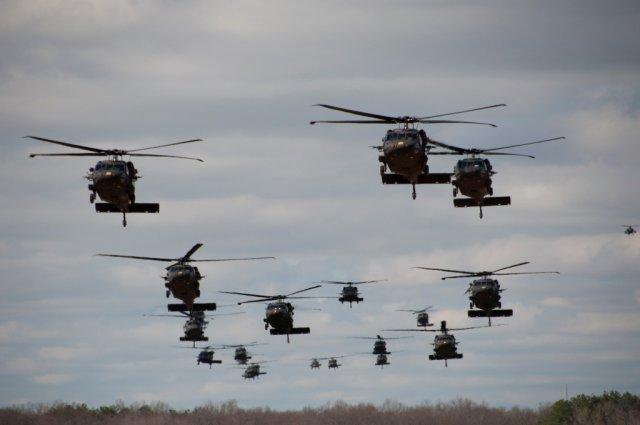 WASHINGTON: Lockheed Martin’s planned purchase of Sikorsky Aircraft, the biggest U.S. helicopter manufacturer, is a natural fit that will mean a lot more to buyer Lockheed and seller United Technologies Corp. than it will for the military rotorcraft industry, present or future.

Here’s why. First, the two companies have worked together on military helicopter programs for decades.

Second, there will still be three major U.S. military helicopter makers, two in Europe, and one each in China and Russia, all owned by major conglomerates, as Sikorsky has been since 1929.

Nor does the purchase immediately change much between Lockheed and Sikorsky. The two have worked together so long and so often on rotorcraft programs, the $9 billion purchase is a bit like a couple who’ve been living together for decades deciding to get married.

“Lockheed Martin and Sikorsky have a long history of working together on helicopter development and production, going back 30-plus years,” said Michael Hirschberg, executive director of the American Helicopter Society International. “One could almost think of this as just Sikorsky being moved from ownership by one giant corporate conglomerate to another, much larger one – one that is actually more aligned with Sikorsky’s business interests.”

Lockheed’s Mission Systems and Training unit in Owego, N.Y., has wired Sikorsky’s SH-60 and MH-60 Seahawk helicopters for the Navy since the 1970s, when the Lockheed unit was IBM Federal Systems.

In May 2014, the Navy awarded a Lockheed-Sikorsky team a $1.24 billion contract for the engineering and manufacturing phase of a new VH-92A presidential helicopter using a derivative of Sikorsky’s S-92 with communications and mission systems installed by Lockheed.

Last summer, the Air Force awarded a Lockheed-Sikorsky team a $1.28 billion contract to develop an HH-60W combat search and rescue helicopter, a program expected to produce 112 aircraft valued at $7.9 billion. 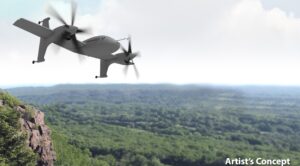 Lockheed’s famed Skunk Works rapid prototyping facility is also teamed with Sikorsky as prime in the far less lucrative but potentially significant DARPA VTOL X-Plane program, a project that aims to develop new ways of combining vertical take-off and landing with speedy flight in the same aircraft. The Sikorsky team is competing with three other entrants for a $90 million contract to build and fly a technology demonstrator, with DARPA to choose a winner before the end of this year.

Aboulafia said Lockheed’s announcement of its Sikorsky purchase was more interesting in a way for a statement way down in the news release that Lockheed “will conduct a strategic review of alternatives for its government IT and technical services businesses, primarily in the Information Systems & Global Solutions business segment and a portion of the Missiles and Fire Control business segment. The programs to be reviewed represent roughly $6 billion in estimated 2015 annual sales and more than 17,000 employees.” In other words, as a corporate insider confirmed, Lockheed is preparing to spin those units off.

“What they’re saying is, nothing works as well as building defense platforms,” Aboulafia said. Or, he recalled, as former Lockheed Martin chairman Norm Augustine once said: “Our industry’s record of diversification is unblemished by success.”

Lockheed CEO Marillyn Hewson, who has presided over a share price increase from $90 to $200 in the face of sequestration and the uncertain course of the world’s biggest defense market, clearly is bent on fundamentally reshaping the company.

Consolidation seems to work. At least it continues.